Flower is a gorgeously crafted fable, and though short, it's genuinely mesmerising.

At a glance, Flower is a difficult game to explain. It's hard to recommend compared to other games that are longer and are packed full of more unlockable content. But Flower does one thing incredibly well: It manages to capture the hypnotic movement of nature and then harness it using a motion-sensitive controller. The natural controls, along with the artistic visuals and beautiful soundtrack, make Flower enthralling--and something you experience as much as you play. Some people will still dismiss it as pretentious folly, but Flower delivers on its intentions, and it's a beautiful ride while it lasts.

The idea behind Flower is to collect petals by steering a gust of wind through idyllic pastures. You guide the wind using the motion-sensitive controller and use any button to accelerate, which lets you take the game at your own pace. In fact, you're encouraged to lose yourself in this digitally created nirvana, and the time slows down to help you take it all in whenever you're not accelerating. There's no incentive to collect every petal in each level, but key flowers return the environment to its natural vibrancy. It's a serene experience, and though it's engaging, prolonged play will lull you into a deep state of relaxation.

Although most people will enjoy the simple mechanics of Flower, the reward that you get from the game depends on your appreciation of the audio and visuals. The game's beautiful graphics and excellent score shouldn't make that too much of a problem, but you should be aware that the game offers no rewards for skill or speed. Though a time counter or points system would arguably be at odds with the game's pristine aesthetics, a speed-run feature would certainly have added greater longevity to the game. As it stands, the one- to two-hour completion time feels like an adequate length, but some bonus features, such as new colour schemes or unlockable extras, would have certainly encouraged repeated play. Thankfully, the game does offer trophies, and in keeping with the theme of the game, they reward you for taking breaks between plays.

To call Flower abstract would be an understatement, but you can read as much or as little into the dreamlike cutscenes as you want. We read the story to be one of nature torn apart by man, and each level expresses this theme via the repressed memory of a single flower. There are also allegorical references to global warming, sustainable power, and other environmental issues, but they're used solely for visual cues rather than for preachy messaging. The moment when you're torn from dusk into a nightmarish industrial disaster is genuinely affecting and one of the most memorable points of the game.

Flower is endowed with absolutely top-class audio and visual production. From a technical level, the game throws around thousands of individually modeled blades of grass, but it's the overall artistic quality that really impresses. Each level has its own distinct style, from natural to psychedelic to industrial, and though we preferred the first levels for their sheer natural beauty, there are some incredible set pieces toward the end. Flower's greatest achievement, though, is the audio design, which is not only impressive from a technical perspective, but also has an impact on how you play the game. Each petal has a distinct audio cue, be it a string instrument or chorus song, and creating beautiful waves of sound is probably the greatest incentive for perfecting your path through each level.

At an asking price of $9.99 or £6.29 on the PlayStation Network, Flower will ultimately satisfy people who appreciate innovation more than a long-lasting experience. Flower is a small and focused game, especially in terms of length, but it certainly delivers a unique and relaxing experience. If you're looking for an antidote to the many sequels and franchises on the market, then Flower offers something unique and while it lasts, it's a great game in its own right. 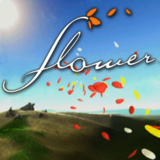 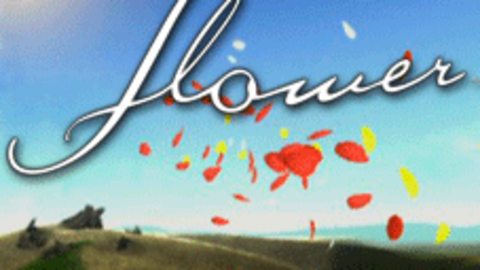 Guide a petal through a dream world and experience an emotional journey in Flower.