There is no other contemporary jet sim as complete, polished, and faithful to its subject matter as Flanker 2.5.

The Flanker series of sims has been a darling of the hard-core set since it was first released back in 1995. Renowned for its high-fidelity flight model, uncompromising avionics, and simple, clean graphics, it quickly built up a devoted fan base. Many of these fans soon went to work and made up for its shortcomings, designing missions and even creating a random mission generator. 1999's Flanker 2 upgraded the graphics considerably and added a lot of new features.

Along comes Flanker 2.5, which is actually more of an update from Russian developers Eagle Dynamics than an addition. If you already have Flanker 2, you can download the 43MB patch (or a slightly larger one if you use a Voodoo graphics card). But if you don't have Flanker 2, this is the perfect time to buy it--it's now packaged with the patch as Flanker 2.5, a $10 budget title. The budget title doesn't include any printed documentation, but it does have a PDF file of the Flanker 2 manual and reference cards. Unfortunately, there's no documentation on the new additions to the game, which are mentioned only on a list in the readme file.

Perhaps the most significant addition is a set of new wingman commands. The original Flanker had no wingman interaction, and the sequel added only the most basic commands. But 2.5 adds a substantial menu of wingman orders that let you issue commands and coordinate attacks with your flight. There are broad orders like "cover my six," as well as specific tactics like "break left." There are even commands to instruct your flight to turn off radar, allowing you to fly stealthier missions with your wingmen, a feature taken advantage of in some of the new scenarios designed specifically for this latest version. These interactions go a long way in making Flanker play like a game about coordinated modern air combat rather than the adventures of one pilot and his plane.

The patch also adds more robust naval AI, which lets ships move and even fight each other. This is the sort of feature that gives scenario designers more flexibility to create living combat environments, something that Flanker was always good at in the air. The seas coming to life as missiles arc up from ships to defend your carrier, attack an enemy fleet, or shoot down incoming aircraft is surely a sight to see.

Another new addition in Flanker 2.5 is aerial refueling, always a nightmare for simmers who can't quite master the fine art of carefully guiding a plane up to the nozzles dangling behind a tanker. As they'd expect, aerial refueling in Flanker 2.5 is no exception, requiring the steady hand of a surgeon. However, considering that the scenarios all take place in the fairly small arena of the Crimean peninsula, aerial refueling is rarely necessary, given the Flanker's ample fuel tanks. The new MiG-29 Fulcrum, which has been added as a flyable aircraft in Flanker 2.5, has smaller tanks, so it's more likely to avail itself of the new aerial refueling feature. The Fulcrum is a great addition, since it is not as sophisticated as the Flanker and has its own retro charm. Unfortunately, Flanker 2.5 doesn't have many MiG-29 missions. Consider this an open invitation to all Flanker scenario designers.

Another substantial addition is the option to turn down missile effectiveness before beginning a scenario. One of Flanker's most frustrating nods to realism was the ruthless efficiency of antiaircraft missiles. They are as deadly as they are in the real world, and there is no easy way to dodge them. You get a warning when an AA missile is launched, but unlike in many other sims, there's no way to track incoming missiles or tell how long you have before they hit you. While this is certainly realistic in an older Eastern bloc warhorse like the Su-27, the frustration of sudden one-hit kills can be discouraging. Flanker 2.5 still forces you to deal with the Su-27's limitations, but at least it lets you make enemy missiles more fallible.

The game's 3D engine now boasts new explosion and smoke effects, which don't look much better than they used to. The sound effects have been boosted a bit to give them more punch. This is a subtle but nice improvement to Flanker 2's realistically muffled engine noise, which was often drowned out by whatever fans may have been humming away in your computer case. The padlock and external views have been made more powerful and flexible, and the interface has been tweaked, so there's less flipping around between HUD modes. Then there are some truly esoteric changes, like this one from the readme file: "Aircraft maximum of linear acceleration has been limited, and the calculation of angular velocity by bank has been corrected." Whatever that is, at least we know it's fixed. Finally, there's a big new campaign, "The First Three Days," which is much more forgiving and dynamic than the original "Hot Dogs and Borscht" campaign from Flanker 2's original release.

What's most surprising about Flanker 2.5 is how well it has held up. In fact, there is no other contemporary jet sim as complete, polished, and faithful to its subject matter as Flanker 2.5, which is arguably the best contemporary jet sim, rivaled only by the patchwork fan-modded Falcon 4.0 and the slightly dated Jane's F-15. This is an amazing achievement for a sim going on almost three years old. It's a surprising coincidence that the definitive historical flight sim (1C:Maddox Games' IL-2 Sturmovik) and the definitive contemporary flight sim are named after Russian planes and were developed in Russia. It must be something in the water. But for whatever reason, flight sims aren't dead--as long as we keep getting gifts like these from Russia. 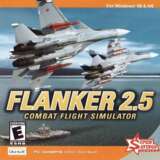 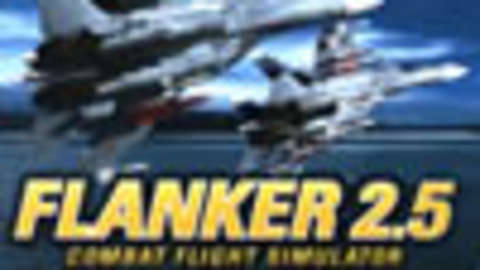 There is no other contemporary jet sim as complete, polished, and faithful to its subject matter as Flanker 2.5.