Fist Of The North Star: Lost Paradise Review - Be The Tough Boy

Welcome to this crazy time.

"You are already dead" is a familiar refrain from Fist of the North Star's protagonist, Kenshiro--often said after he effortlessly pokes the death-triggering pressure point of a hulking bandit. It's a hokey yet empowering catchphrase delivered with infectious confidence. Even more satisfying is what follows, as Kenshiro's foe implodes into a bloody mess--a gruesome punishment dealt upon those who harm the innocent. This classic power fantasy has captured the imaginations of anime and manga fans for decades, pulling in countless people with its over-the-top martial arts justice. It's a quality that the Yakuza developer, RGG Studios, captures so well in Fist of the North Star: Lost Paradise--and there's plenty for newcomers to FotNS to enjoy, too.

From the start, Lost Paradise gives you a wealth of tools to make short work of desert bandits and criminals in a fight, performing devastating executions upon enemies who all clearly underestimate you. All the while, an expert handling of melodrama and absurdist humor ensures the series' epic dramatics are conveyed, while also pushing them in exciting new directions. There's great ambition in Lost Paradise's take on FotNS, and while it may not always realize its full potential, the game is exceptional at placing you in the shoes of its messianic martial artist.

Lost Paradise decidedly crafts its own take on the series’ characters and events, telling a story set in an alternate timeline. While its plot is nowhere near as dense or complex as the Yakuza games, there’s more than enough action and intrigue to hook you into the tense drama on display. The supporting cast is endearing, each possessing struggles and aspirations that are easy to empathize with. You're often thrown into moments where you are fighting alongside them and even up against them. As new foes enter the fray, it's difficult not to get caught up in the peril that befalls Kenshiro and his allies--despite some characters and themes not being as deeply explored as they could be.

The game doesn’t completely change everything, however, occasionally lifting elements from the series and inserting them into the framework of its narrative. The game feels like a collection of new and old, which sparks excitement when witnessing iconic moments set against the backdrop of a new setting. There’s something special about how Lost Paradise seamlessly incorporates classic characters into its narrative, though it’s difficult not to be disappointed by how little it sometimes develops them. They often exist for the sake of giving Kenshiro a tough opponent to fight rather than fully implementing their arcs into the narrative. Other times, some characters appear to fight and never show up again. This may disappoint fans who desire the context that the series gives these characters and more than likely will leave some newcomers confused.

Despite this, there’s still plenty of memorable moments that preserve the series’ signature storytelling for both fans and newcomers. However, where Lost Paradise truly excels (and surprises) is in its use of levity; RGG Studios adds its own style to the mix, including a suite of absurdly comedic substories that regularly poke fun at the source material. This level of self-awareness should come as no surprise to Yakuza fans, but it makes for an amazing fit that helps balance out FotNS’s traditionally dire tone. You might save innocent citizens from local bandits or even join up with Kenshiro's closest allies on a quest to help a nearby village. But it's the less traditional side-activities that delight the most, putting you into light-hearted scenarios that redefine what's possible in the FotNS universe. For example, one substory addresses the morality of Kenshiro's frontier justice in humorous and heartfelt ways, while another jokes about the prevalence of shoulder pads in the series' character designs. Have you ever wondered what it would be like if Kenshiro worked as a bartender? Better yet: how about Kenshiro as the manager of a hostess nightclub? Lost Paradise works in these side-activities for laughs, and it's presented in a way that brings to light just how ridiculous yet endearing Kenshiro can be.

To accommodate this shift, Kenshiro is much more expressive than usual. Historically a protagonist of few words, the increase in his dialogue and internal thought process is a welcome change that reshapes him into a more charming and noteworthy presence. While you won't come out of Lost Paradise understanding Kenshiro from a new and meaningful perspective, his more exaggerated personality at least highlights what makes him so captivating and likable.

The writing properly sets the stage for the power fantasy of being Kenshiro, but it's Lost Paradise's delivery of his over-the-top fighting style that brings it all home. The Yakuza series' uncomplicated beat 'em up-style approach to combat works well with FotNS, offering you easy access to a flashy and deadly arsenal of attacks and techniques. You'll constantly gain new abilities as you progress that demonstrate Kenshiro's God-like fighting prowess against enemies. The impact of his punching flurries, swift kicks, and graceful acrobatics are all faithfully brought to life. There's a destructive and mesmerizing force to each blow that somehow never manages to grow old no matter how much you exhaust each possible combo.

Combat isn't especially difficult, but that's precisely what makes it so gratifying. Enemies are always a combo or QTE away from turning into a crimson fountain. With such power at your fingertips, you’re always encouraged to play with your foes--whether it be launching them into an air juggle or sending them flying across the stage with a well-placed kick. Before long you'll find yourself emulating Kenshiro as you fight, effortlessly dispatching groups of enemies with speed and grace.

It helps that every activity feeds into your sense of progression too. The world may be smaller than those from the Yakuza games, but every corner is rich with opportunities that reward you with items and experience points that'll increase your strength. Whether it’s a fun mini-game to play for a while, a shop system you pour resources into stocking, or a bounty-hunting system with its own overarching story arc, there’s usually something worthwhile to tackle. And more often than not, you're pulled into unexpected directions thanks to how random substories seem to trigger.

It’s worth noting that Lost Paradise is a little rough around the edges. Despite its cel-shaded art style, low-resolution textures give the game’s visuals a dated look that’s plain ugly at times, while stiff character animations accompany most cutscenes. Not only that, but there are some pacing issues scattered throughout that have you going from point A to B and back again that can be outright laborious. However, these are only minor complaints in the grand scheme of what Lost Paradise ultimately succeeds in, and that’s understanding and capturing what makes FotNS so special.

Lost Paradise may replicate the Yakuza series' format, but it's filled with a passion for FotNS that makes it fantastic all on its own. While previous games based on the property have adapted its story and characters with some success, few have managed to not only nail the style and tone but redefine what's possible with its world and characters. RGG Studios has done a splendid job at evoking the justice-fueled power fantasy Kenshiro represents, succeeding in revealing more about the historic and beloved character in amusing and unexpected ways.

View Comments (20)
Back To Top
8
Great
About GameSpot Reviews 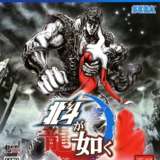 Matt became a huge fan of Fist of the North Star in the lead-up to Lost Paradise's release. He teared up a few times while playing and proclaimed in shock, "To think that I, Matt, still had tears left!" He played about 30 hours of the game using a review code provided by Sega. 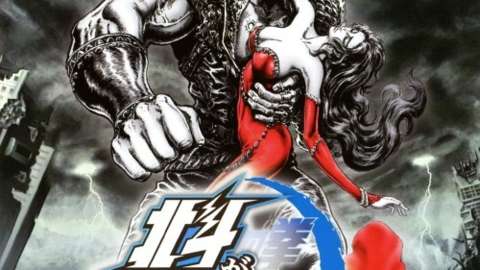 8
Sign In to rate Fist of the North Star: Lost Paradise