A walk in the woods.

A fire burns in the distance. With the sun having long since disappeared below the horizon and endless acres of forest warding off the artificial light of civilization, its flames flood the night sky with incandescent hues. It's a natural brush fire, unlikely to do much harm, so for now I rest my elbows on the railing that surrounds my lookout tower and admire the view. A nearby transceiver crackles to life. It's Delilah, radioing from her own tower several miles away. She comments on the fire, how beautiful it looks, how it's all smoke and ash during the day but utterly resplendent under the cover of darkness. And it is. But over time, the fire spreads, and as its intensity escalates, so too does the tension of the narrative.

As with other story-driven, first-person adventure games like last year's Everybody's Gone to the Rapture and the seminal Gone Home, Firewatch isn't about gameplay, per se. There are no puzzles, no quick-time events, and no combat of any kind. Instead, it's about atmosphere, immersion, and exploration, both of an expansive Wyoming forest and a burgeoning friendship, one born of mutual isolation and built on idle radio chatter. Though its central mystery ends up feeling muddled and several major story beats are ultimately out your control, Firewatch's refreshing premise, endearing characters, and achingly beautiful world anchor a thoughtful, engrossing experience that succeeds in spite of its flaws.

The story follows Henry, a middle-aged, first-time fire lookout working near Yellowstone National Park in the summer of 1989. Because firewatch volunteers work in remote areas, you spend the vast majority of the game wandering alone through Firewatch's dense, detailed forests. There's not much to discover beyond the supply caches marked on your map, though the purely analogue navigation tools (i.e. an in-game, handheld compass and paper map that do not provide glowing way points or a fast travel system) add an immersive albeit occasionally frustrating touch. Still, because the captivating wilderness is so inviting, even just commuting to and from objectives can feel rewarding. The painterly art style imbues everything from the rocky vistas to the peeling paint on your tower's steps with a welcoming warmth.

The world also does an excellent job concealing its edges, making you feel as though the forest extends for miles in every direction. New areas always feel distinct, and the ever-present sounds of leaves rustling, birds chirping, and brooks babbling, make every moment spent in Firewatch feel like all the best parts of a real life camping trip. Soothing as it might seem, there's also a sort of profound complexity to it. When you stand still and focus on the blowing wind, it's equal parts ominous and enticing. Is the sound desolate or gentle? Foreboding or relaxing? As you work your way further into the campaign, your perspective may change.

Beyond solo exploration, the game's real focus rests on Henry's relationship with his boss Delilah, which manifests as an extensive series of walkie-talkie conversations with branching dialogue options. Unlike more dramatic games like The Walking Dead or Mass Effect that constantly place their characters in precarious positions, Henry doesn't need to make any intense, life or death decisions. It's more like, "Tease Delilah for her terrible joke or let it slide" or "Reveal more about your rocky personal history or keep her at arm's length." As a result, the game becomes not quite a character study but a patient, reflective examination of how two people grow to trust and care for each other. It's a bold and admirable choice. When you build an entire game around a single relationship, the experience lives and dies by the strength of the characters involved.

Fortunately for Firewatch, both Henry and Delilah are deeply relatable and human. Both are brilliantly voiced--with emotional nuance layered into every line--but more importantly, their dialogue gives them depth. Delilah is a bit mischievous, despite being slightly older and technically in charge. She's sarcastic in a playful way, yet passionate about her job and protective of her lookouts. Henry, on the other hand, is a bit more stiff and serious, but he's also fully capable of playing along with a joke. And when he does, you can't help but root for him.

Even as I describe them now, I feel as though I'm introducing my friends. I'm actually invested in you liking them, somehow. Their humor and vulnerability make both characters not only memorable but sympathetic as well. The fact that I developed such a strong attachment--and the ease with which I could write at length about the dispositions of these characters--speaks volumes about the quality of the writing. To direct the tone of their conversations, to shape the dynamic between them, to participate in the growth and evolution of their relationship--it's a unique joy, one that's nearly enough to singlehandedly carry the entire experience.

The game becomes not quite a character study but a patient, reflective examination of how two people grow to trust and care for each other. It's a bold and admirable choice.

Unfortunately, the plot can't quite match the quality of the characters. Without spoiling too much, a central mystery gradually emerges as you play, and the stakes continue to rise until the story finally crescendoes towards the end. At first I got wrapped up in the characters' panic and paranoia and started to analyze all the little narrative threads that felt so much like clues. But once I learned the truth behind all the strange events, several story moments simply didn't add up or seemed a bit too convenient.

I also realized many of those narrative clues were nothing but smoke and mirrors, empty misdirection included solely to fool players (and, if you're feeling charitable, to flesh out the world). While dead ends and red herrings are common tropes in mysteries, the amount of focus the game devotes to certain storylines early on still left me feeling disappointed and almost cheated when they were casually cast aside later. Worse still, a few major plot points ignored my dialogue choices or didn't allow me any input at all because they came directly from Delilah. Even several of the items I'd collected while playing had absolutely no impact on...well, anything. Regardless of which decisions and dialogue options you select, it seems the plot is destined to unfold in a particular way.

This brings us to the story's culmination. If you squint your eyes and turn your head, you can just barely make sense of everything, but you have to make quite a few leaps of logic to get there. Yet, frustratingly, the characters react as if the truth makes perfect sense, which contradicts how authentic they feel otherwise. When you attempt to write a mystery, you need a grand revelation with a big story payoff to justify all the tension, but the explanation we get here comes off as muddled at best and forced at worst. The conclusion still manages to pack an emotional punch, but it's ultimately more confusing than it should have been.

Finally (and most disappointingly), Firewatch suffers from minor yet persistent technical issues on PS4: Every time the game autosaves or quietly loads a new section of the world, the framerate noticeably stutters. That means every few minutes, there's a second or two of chugging, which hinders the immersion in a game that thrives on atmosphere. I also experienced two crashes--one while playing, and one while in a loading screen between story chapters. The good news is, these problems seem far less prevalent on PC.

It's a shame Firewatch fails as a mystery because it succeeds in so many other ways. Its world is captivating, its design is clever, and its characters are among the most well-written in gaming. Though it might sound counterintuitive, the plot is in many ways secondary to the relationship you build between Henry and Delilah, and that portion of the game is truly inspired. I've already returned to Firewatch for a calming walk in the woods; I imagine I'll go back again soon to visit with Henry and Delilah. 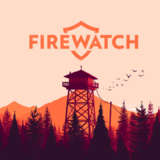 Scott savored his first Firewatch play-through, completing the game in just over seven hours. He's since burned through again in just under five. 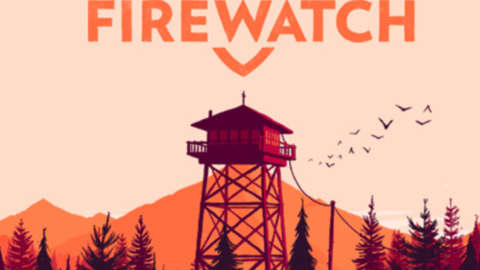 In Firewatch you play as a man named Henry who has retreated from his messy life to work as a fire lookout in the Wyoming wilderness. Perched high atop a mountain, it’s your job to look for smoke and keep the wilderness safe. An especially hot and dry summer has everyone on edge. Your supervisor, a woman named Delilah, is available to you at all times over a small, handheld radio — and is your only contact with the world you've left behind. But when something strange draws you out of your lookout tower and into the world, you’ll explore a wild and unknown environment, facing questions and making interpersonal choices that can build or destroy the only meaningful relationship you have.