The first exposure many English-speaking players got to the storied Fire Emblem series was via two unlockable characters--Marth and Roy--in Super Smash Bros. Melee for the GameCube. Their presence in that game may have baffled those of us outside of Japan who had never played the NES and Super NES strategy RPGs, but the inclusion of the two swordsmen alongside other classic characters, like Samus and Mario, hinted at the series' great popularity. This installment of Fire Emblem for the Game Boy Advance is the latest work of Intelligent Systems, a development house primarily known on these shores for its highly acclaimed Advance Wars games, and it's both the first English-language release and the seventh game in the series. Maybe we'll never know why it's taken so long for us to see a Fire Emblem game, but it turns out to have been well worth the wait; this is a deep, story-rich strategy saga that shouldn't be missed by fans of the genre willing to give up some freedom or console role-playing fans interested in trying something new.

Your persona in Fire Emblem is that of an apprentice tactician, which is just a simple vehicle for giving you a reason to control the action. While the characters in the game will every so often speak to you directly, your role is simply to guide the allies in battle and sit to the side otherwise. The battle system is introduced via a tutorial system that's integrated into the gameplay of the first few chapters, with the characters aiding you and illustrating tactics as you go. In fact, the first 10 chapters of the game can be considered your training grounds, as the battles are typically very simple, and you're given lots of opportunity to practice strategies that become vital as you progress.

The battles are typical turn-based fare, with you directing an ally to an enemy and choosing a form of attack, though unlike in other strategy games, there's no tactical advantage to approaching enemies from the back or side. For melee attacks, there's a weapon triangle that's a rock-paper-scissors way of determining which weapon does more damage: Swords are best against axes, axes are best against lances, and lances are best against swords. There's also a trinity of magic that works the same way with anima, light, and dark magics. Those are the basics, but once you're out on the field, any rule is fair game to be broken, and once you select a foe to attack, you can see your chance to hit, the amount of damage, the probability of a counterattack, and the amount of counterdamage the enemy might do through a confirmation screen. You still won't necessarily want to put flying units like wyvern riders and pegasus knights in the way of archers or mages, but sufficiently leveled characters, particularly by the end of the game, will generally have no trouble wiping the floor with enemy units despite using a "weaker" weapon. Terrain can also be used to your advantage by placing your allies in forests or mountains where they're harder to hit; while there aren't many weather effects in the game, rain and snow do sometimes fall and restrict movement for all units, making it important to move swiftly when you are able. Your objectives for victory are varied and range from defeating the strongest enemy unit and seizing a fortress, to wiping out all enemies, to protecting a single character, to just trying to survive for a set number of turns. While things start out easy enough, the difficulty slowly but surely ramps itself up, and there's plenty of challenge waiting.

There are lots of character classes in the game, but you won't be spending any time creating units; each character is an individual who joins your cause for his or her own reasons. Some units come already as loyal protectors, some you will meet fighting a common foe, and some characters can be convinced to join the fight by having a certain someone walk up and talk to them. All of this generally happens on the battlefield, but no matter what else is going on, it's to your advantage to check out any villages or houses that might dot the landscape. You'll need as many friends as you can muster, and there are a variety of knights, assassins, swordsmen, mages, thieves, healers, pirates, archers, and others walking around or waiting to be found. All are useful, and most are necessary to complete your quest. In addition, characters in the basic character classes can--upon reaching level 10 and with a specific item--upgrade to a more powerful profession, which changes their physical appearance and also often gives them the ability to use new weapons and magic. More power is a good thing, because you don't want to lose any of your units; if characters fall on the battlefield, they're gone, permanently. Only the fall of a main character will cause the end of your game, but if you lose an ally, your pool of available fighters decreases, and you lose a friend.

And you'll likely come to see your allies as friends, because Fire Emblem makes a point of giving each character a wholly distinct personality that comes out through well-written dialogue. Not every character gets a lot of onscreen time in the main narrative, but characters can speak to other characters on the battlefield with whom they have an affinity, so in bits and pieces you can get to know virtually everyone. (It should be noted that the aforementioned Marth and Roy are not, in fact, in this game.) The main story of the game itself is the standard seemingly innocent journey that turns into a fight against evil, but there are enough little plot twists, scheming, melodrama, and genuinely funny and touching moments to make playing through the tale a very rich, satisfying experience. Everything is very tightly scripted, to the point that you never actually choose where to go or what to do next; Fire Emblem plots the course on its own, which might be a surprise if you're used to a game with a bit more freedom. The story sequences can be quite lengthy, but you can skip them by simply pressing the start button, which is handy if you need to restart a battle, or if you're just interested in getting to the next map. The game also allows you to change battle settings so that you can skip the close-up of each attack that occurs when you meet a foe or heal an ally, but you'll likely want to see all the different animations at least once, particularly the critical attacks. Battles contain a minimal number of menus and are easy to navigate, but the game's one glaring interface issue is item allocation--moving items between characters is a necessary but time-consuming process with few useful shortcuts.

Visually, the game sports attractive artwork in the form of character portraits and some still shots during certain moments in cutscenes, in addition to well-animated motions on the battlefield, whether it's a bard traipsing about playing a tune or a paladin twirling his lance and galloping his steed to meet his foe. The game also sounds great, with many simple but evocative tunes that you have the option of listening to again in the game's sound room. The sound effects for the game are also very good; horses' hooves make different sounds depending on the terrain, axes make meaty swooshes through the air, and armor-clad knights clank and move with real weight.

You can save your game between chapters, and you can also suspend a battle currently in progress by either choosing the suspend option or simply turning your system off. You can't make a hard save in the middle of a battle, which can be an annoyance if your pegasus knight suddenly gets shot from the sky and you don't want to have to replay the whole chapter just to ensure you keep her. There's about 30 hours or so to the game, and some of the battles can be quite lengthy, so suspend will come in quite handy. There is a multiplayer mode of sorts, but it just consists of an arena-style contest in which you choose five of your units and put them up against five of your friend's units in a battle that supports up to four players. The main quest itself is far more entertaining, but if you'd like the chance to waste your friend with your level-20 berserker, the game gives it to you.

Fire Emblem couples a compelling, character-driven epic tale with strategic gameplay that is accessible and still manages to be challenging and satisfying. The obsession this game has with its story will not appeal to those who prefer a more free-form experience, but anyone who enjoys turn-based strategy and is willing to give in to the narrative will have a great time. It's a shame we've had to wait this long to see a Fire Emblem game leave Japan, and hopefully we won't have to wait as long for the next. 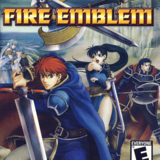 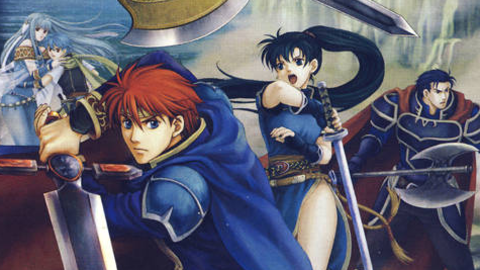