Love is a battlefield

I never quite knew what to expect in Fire Emblem Fates: Birthright, but I knew what I wanted. I wanted to destroy my enemies. I wanted my army to trust me, and I wanted them to be happy. And I wanted, perhaps more than anything, to have someone to come home to after each battle, who would murmur to me how much he loved me despite the mess around us.

Birthright--one in a trio of Fire Emblem Fates titles--continues the series' time-tested spin on strategy role-playing games. But is also adds a new layer to interactions between characters that makes things intimate--steamy, even. Mechanically, Birthright is more forgiving than its sister titles Conquest and Revelations, offering players easier access to resources and units as well as more opportunities to grind out experience. As for the narrative, there are some awkward moments and cheap drama that pull you out of the moment, but these are brief and overshadowed by a handful of powerful scenes. Even the melodrama can't keep Fire Emblem Fates: Birthright from being worthy experience.

All Fire Emblem Fates titles have identical opening chapters: your player-created avatar is living with his or her family in the kingdom of Nohr with a loving family. But your not-so-loving father, King Garon, is a demonic despot bent on destroying the neighboring kingdom of Hoshido. After a mission doled out by your father goes wrong, you wind up captured by the Hoshido royal family, who reveal that you are their long-lost sibling who was kidnapped as a child. When your memories return, both your adopted and biological families meet on the battlefield and demand you choose a side. Birthright's story follows what happens when you remain with the latter. Having turned against you, your adopted one will do everything in its power to bring you home or kill you trying. So you set out to amass an entourage and stop the war, collecting new characters and a newfound understanding of who you are along the way.

On the battlefield, you move your characters like chess pieces along a grid, weighing their strengths and weaknesses against enemies. The bottom 3DS screen displays how effective your weapons are against your enemies', as well the potential damage you'll inflict on each other. Birthright emphasizes that same kind of unit placement introduced in 2013's Fire Emblem: Awakening, where adjacent units will often team up to support and defend each other. This lets you sneak in a few extra hits as well as protect weaker units, and in turn, those units will bond. The higher the rank--S being the highest, equating to a marriage--the better they are fighting together.

Selecting from your dozens of fighters and coordinating your assault is a delicate dance, and forces you to agonize over every move. There is an embarrassment of riches in terms of character selection--there are archers, healers, casters, aerial wyvern riders and sky nights, and a handful of different kinds of melee combatants, each with their own personality. Choosing who to send where brews a special kind of anxiety that makes you feel accomplishment with each battle won, like untying a particularly convoluted knot.

In terms of weapons, rather than use a cut-and-dry rock-paper-scissors triangle, you have something requiring a bit more thinking: swords and magic trump ranged weapons, ranged weapons trump lances and smaller weapons, which trump swords and magic. Additionally, each character class can use at least two of these, and although weapons can still break in battle, it's mercifully rare. Planning ahead is half the fun, and all this variation--between the personalities and battle banter, the weapons and classes--prevents combat from becoming stale and oversimplified, and ramps up the tactical challenge. With a dozen different enemy types to encounter and the variety of challenges they present, it ensures you never get to a point where you're button-mashing through maps. Caster enemies will heal one another, eliminating all your hard word, or a horde of aerial opponents will bottleneck you in narrow sections of a map. They behave unpredictably, which makes it challenging to plan several moves ahead. However, maps offer little variety and are often the same version of a field with a few bottleneck points. Rather than the environment being the puzzle, it's all about your army. But it's all still enough to keep you on your toes, and each mission won is a victory worth celebrating.

When you're not on the battlefield, you're in your castle. This is a more involved version of the Barracks feature from Awakening, where you can talk to your troops and build relationships. In your castle you build shops and mine resourcing-giving structures like crystal mines and daikon fields. You can also set up a lottery, where each in-game day you get a free item of varying value, and a mess hall, where characters can cook meals with your bounty that grant your party status buffs. There are optional missions in which enemies attack your castle, and you can also build support units and structures to help defend during these. Additionally, you often find your friends walking the grounds, and can eavesdrop on conversations between them or take a moment to pass on a gift. These interactions contribute to the ranked support system between units, bolstering your rapport with each other both on and off the field.

Some characters--including yours--can reach S rank support with another unit of the opposite sex and have a child. This child will appear in a Paralogue, another optional mission type. Completing these missions successfully will add the child to your army, and most of these second generation fighters come pre-packaged powerful, with high critical rates and impressively high stats. It's worth breeding for these super soldiers, at the very least, and Birthright makes it worth your time to work towards them.

Right from the start, Birthright is thick with over-the-top theatrically, at points bordering on straight-up cheese. This wouldn't be so terrible--some of the romantic banter between units can cross over into hokey territory at times--if the plot weren't peppered with characters dying or becoming incapacitated for no reason other than to be sensational. One egregious instance pokes so many holes in the rules of Fire Emblem's world and the laws of physics it had me rolling my eyes. There are several moments like this where things go off the rails, but not enough to spoil the more intimate parts.

Intimate might actually not be strong enough a word for how hard Birthright tries to tug on your heartstrings--and maybe your loins. Like in Awakening, you can talk to your troops between battles in your private quarters, building up support ranks between pairs of units to give them advantages on the battlefield. When you talk to your siblings in Birthright, they speak in ways that indicate mistrust or--gradually--a desire to make up for lost time. Members of the same sex will make idle chatter or talk about how much you both admire each other, and those of the opposite will drop hints they want to know you better. When you marry someone, they will always be waiting in your room. You'll be asked to use the 3DS stylus to caress them away or blow on the mic to waft steam over their faces, and they'll murmur huskily to you and pucker up for a kiss. It's enough to make you a little tingly, and flirting with multiple units and playing matchmaker opens up new dialogue opportunities allowing you to get get to know them better. The vast majority of all character development happens in these scenes, and with so many varying personalities it's a delight spending time being a fly on the wall here. There are also a few moments of genuine sadness, and watching these characters feel pain--all gorgeously rendered in vivid, bright cutscenes of course--is oddly affecting. A combination of sultry, impassioned voice acting and stunning visuals is a recipe for heartache.

The one plot point that never paid off was your ability to morph into a dragon. After the initial encounter where you do so, it's rarely mentioned again, and when people treat you like you're special, it's not about your odd ability at all. This piece of plot felt unnecessary, and is dangling in front of you like a foreshadowed macguffin only to have it never pay off. It's disappointing, given the strong emotional payoff of other plot threads like the mystery behind Azura's nature and how you reconcile (or don't) with your families.

Mercifully, if you're in Birthright for the story or new to the Fire Emblem series, there are several difficulty options. There are Hard and Lunatic modes, which apply to the strength of enemies, as well as three separate gameplay styles that affect the units available to you. On Classic mode, the rules of permadeath apply, and when a unit dies on the field you never get them back. In Casual mode, units who die in battle will still be available to you once the fight ends. And in Phoenix mode, the most forgiving of the three, fallen units come back after each turn. It's a smart move for bringing in new players normally intimidated by the hardcore strategy elements--perhaps those looking just for a high-fantasy story where you get to flirt with cute boys or girls.

Birthright also includes a Scouting feature, which can be used to endlessly generate random optional missions on the world map. This is a great way to grind out experience points, and spend an hour or two outside of the storyline levelling up characters' skills or relationships. This was a boon to me; when I was too underpowered to progress the narrative, a few quick battles brought me up to speed. When I wanted to hurry two characters up and make them procreate, I paired them up and ran them through a few maps with minimal fuss. It keeps you engaged in the world and its politics, but also gives you a chance to get stronger with minimal fuss.

Fire Emblem Fates: Birthright is an absolute delight to play, from the battlefield to the bedroom. If you loved its predecessor Awakening, you'll enjoy the heightened tension and intimacy imbued in every moment of Birthright. Between the strategy, the dating sim elements, the can't-help-but-swoon-over-it melodrama and some truly gorgeous visuals and music, you can overlook things like repetitive maps and cringeworthy-dumb parts of the writing. The series that kicked off the strategy RPG genre still has it, and you'll enjoy getting wrapped up in the conflict. 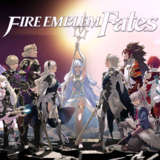 Alexa Ray Corriea completed the main campaign of Birthright on both Casual and Classic modes, and spent many long hours breeding her army of child super soldiers. 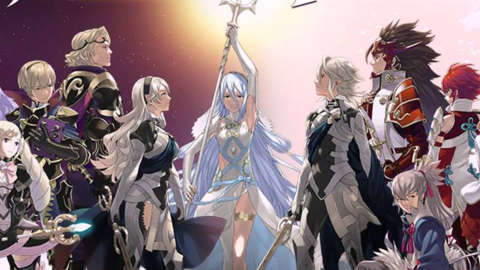