Final Fantasy XIV: Endwalker reaches for the stars with its ambition and gets there--but not without a few turbulent hiccups along the way.

This review features spoilers for Final Fantasy XIV: Endwalker. Read at your own peril!

Endwalker had a tall order: It needed to satisfactorily end an eight-year running storyline and put the final touches on the narratives woven in A Realm Reborn, Heavensward, and Shadowbringers. It also needed to wrap up the Scions' stories, the organization as a whole and even more--nine individual members' character arcs. In other words, Endwalker needed to do a lot in one expansion--and this ambition both propels it to its best moments, but also strains the expansion's seams.

When Endwalker soars, it leaps up into the heavens to deliver incredible, startling fights that feel truly exhilarating. In the last trial of the expansion, you--the Warrior of Light--get to battle against the cosmic embodiment of despair, Meteion--who is the vessel-like cause of the Final Days--while on the back of your archenemy, Zenos. It's surreal, fun, and an incredible final exclamation point. A hero's tale for the ages, especially for those who started so humbly with slaying defiant wharf rats.

Endwalker has both confidence and verve in presenting its theater of time loops, larger-than-life enemies, and grand motifs about courage against the "end" of all things, but the sheer scale of what it aims for is cause for turbulence, as it does not have enough breathing room to say everything it wants to. As a result, the pacing suffers, leaving the game somewhere in the area of bloated and feeling rushed due to the amount of plot points, relationships, and callbacks it interweaves. Like a Summoner desperately pressing every button in its new rotation, the story takes us from trying to find why the Final Days are occuring in Sharlyan and introducing the idea of dynamis, to flinging us into a plausible scenario in which we could find out--and this needed to be convincing, since even the God-like Ascians were left grasping for answers--to launching us to the far edge of the universe in order to defeat said cause of the Final Days.

The areas of bloat are felt acutely, most notably in the second part of Sharlyan's Labyrinthos area, when you spend an unnecessary amount of time with Urianger and the admittedly endearing Loporrits. Frustratingly, some of the new game mechanics contribute to the distension as well. Follow quests, where an NPC needs to follow you and prevents the use of Aetherytes to teleport, are far too common. It works when NPCs have interesting things to remark upon in a new environment, but when they don't you're forced to trot at a slow pace for no good reason. Stealth quests, where you need to follow an NPC and not be seen at certain checkpoints, feel boring. One where you follow a Garlean woman to a secret refugee hideout encourages narrative immersion, but ultimately it's neither fun nor challenging to play a heavily watered-down stealth game in FFXIV.

The rushed nature of the storyline also weakens Endwalker's melodic motif that it desperately wants players to hear, feel, and think about: Strength in the face of the end, resilience against fear, existential angst, nihilism, the inevitable certainty of death--these are big emotions already. Endwalker takes it to another order of scale entirely by combining the fearful emotions from multiple fallen intergalactic civilizations into one representative vessel.

Intellectually, I understand the massive scale of despair represented by Meteion and The Final Days--and anybody would if they're even remotely paying attention to the cutscenes. But, at times, I didn't quite feel it on a visceral level. The overwhelming nature of such gigantic, existential levels of fear and despair, to an extent, didn't thoroughly permeate elements outside of the cinematic scenes. And without the additional support of more apocalyptic zone elements or intentionally tailored solo duties in service of the expansion's grand themes, Endwalker falters occasionally, lacking the friction and heightened fear demanded by end-of-the-world scenarios.

We only receive a preview of The Final Days in Thavnair, and while certainly urgent, it feels limited in scope. It's a calamity, true, but limited to one region of a very big map. We also only get a quick tour through what exactly devastated Meteion, which feels like an oversight--she's the embodiment of all the agony and terror from civilizations past driving the very apocalypse players need to deal with.

Ultima Thule is the final zone of said tour, a speedrun through meeting shades of fallen civilizations in order to get to Meteion's nest. In a clever narrative move, the writers use these same encounters with bygone dragons, machines, and disembodied aliens as a way of wrapping each individual Scion's growth and motivations from ARR to now.

Each Scion "sacrifices'' themselves--temporarily of course, you know by the second "death" that they're definitely coming back--to move past the emotional barriers created by the residual dregs of collapsed planets. And in doing so, the Scions revisit their truths and motivations. It would've been more effective if it didn't feel so hurried and, unfortunately, repetitive with a lack of tension. This is especially true with the twins, who already had a conversation in Garlemald that's far too similar to their sacrificial scene. Y'shtola and Urianger get a paltry, perfunctory moment, and only G'raha Tia initiates a particularly poignant interaction with a fallen civilization's member.

The instance that does communicate a taste of despair, unease, and risk, in actual gameplay --outside of the cinematic scenes and trials--is a Garlemald quest called In From The Cold. You get thrown into the body of a normal Garlemald soldier and need to stealthily make your way out of the enemy zone with minimal combat encounters. Though there are other, not-so-great stealth quests in Endwalker, this solo duty stands out for creating the urgency and tension lacking in some other parts of the expansion. The Warrior of Light, at level 80 and beyond, usually has a repertoire of fancy attacks, and so to be left rather helpless works in service of Endwalker's larger narrative of overcoming adversity. There was a moment, however slight, while crawling on the ground at the end of the quest, I thought the Warrior of Light might die--not a feeling often experienced during the main scenario.

But in spite of pacing issues and excess weight, Endwalker is far from a disappointment. There is so much that is handled deftly. Snatching the small spaces between big plot points, it nimbly fleshes out relationships between characters and provides much-needed levity through dialogue. Alphinaud taking Estinien to meet his parents, Hades and Hythlodaeus passing the world to you and the sundered, and the forced slow walk where voices of friends and allies encourage you to move forward: all of these small riffs are emotionally resonant--a testimony to the strength of the writing. The new zones are fantastic in design and scope, and the trials and dungeons are a treat to learn. Personally, getting destroyed by Venat/Hydaleyn and the Endsinger--two gorgeous women whom I would worship at the altar of--is absolutely a thrill in itself as well. I gladly went to my death multiple times while progging, cleaved by the Endsinger flinging planets into each other or Venat deciding that she absolutely loved stack markers--and in the aftermath, my party absolutely deciding they did not love each other. That is a mark of a good trial.

And of level 90 kits, I can only speak for Red Mage. RDM's kit in prior expansions hits the sweet spot between party utility and DPS--a job valued for Verraise but also decent damage output. And Endwalker doesn't mess with the formula. Along the way to level 90, RDM's will get Magick Barrier--a party-wide damage reduction buff that also enhances healing--and a new powerful AoE called Resolution triggered by Scorch. RDM does not get a total makeover like Summoner in Endwalker, but instead receives new spells that build on the job's strength and appeal.

The final Zenos fight simultaneously reflects the best of what Endwalker has to offer, and also where it falls short. Immediately after defeating the Endsinger through the power of friendship and with Zenos' help, we find ourselves in a surprising solo combat engagement with said helper-slash-archenemy. I did not see it coming--not enough padding is established to cushion this particular landing--making it feel out of place with the prior portion's emotional arc.

Was this a throwaway moment, where the writers just stuck the Zenos showdown at the end because they didn't know what to do with him? Or was this a meta nod towards the players who find the raiding and fight mechanics more of a thrill than the story, and thus here was an expansion-ending energetic battle? A generous narrative reading of course, could also contrast Zenos to Meteion--an inert, apathetic guy who rejects any and all outside influences versus a creation who is highly empathetic and absorbs despair like a sponge. And as the Warrior of Light, we need to defeat both of these entities to preserve "balance," a constant FFXIV theme.

But in the end, the feeling of the fight wins out over the confusing why of it. The battle with Zenos is hilariously enjoyable: Just him and me, me and him, fighting for the hell of it in the far reaches of outer space. It reminded me of when I first started FFXIV, the total joy in learning how to use a class and beating up ladybugs, rats, and butterflies. Before defeating the intergalactic villain Meteion, merciless Imperials, revenge-mad dragons, and serving justice in the name of greater causes, we were simply adventurers wandering around and testing where our sword could get us. The Zenos battle serves that initial spirit, and so while Endwalker could have threaded more Zenos moments to get us to this penultimate fight, I am satisfied.

For all that Endwalker suffers from pacing issues and the sheer amount of plot lines it lobs at us, an earnestness carries the entire story. Endwalker is jubilant in its sincerity, and tender in the way it treats life and death, mankinds' inevitable failing and flaws. It doesn't shy away from grand proclamations that would come across as cheesy if it was any other game, with any other cast of characters. But because it's FFXIV and because the Scions are people who accompanied us through Ala Mhigo's revolution, averting the apocalypse on the First, and much more, Endwalker's loud and bold demands for hope, light, and love fall more on the endearing side rather than hamfisted sentimentality. Endwalker is a fitting, emotional conclusion to a years-long journey for us adventurers, and I can't wait to see what's next.

Jenny played 35 hours of Endwalker on PC. If you take into account the hours spent staring at the log-in page during queue and screaming in zone chats about Hythlodaeus and Venat, the total amount of playtime would be ridiculous to admit. They are now grinding through 66 fates in Elpis to get a Hythlodaeus Triple Triad Card--a painful experience. 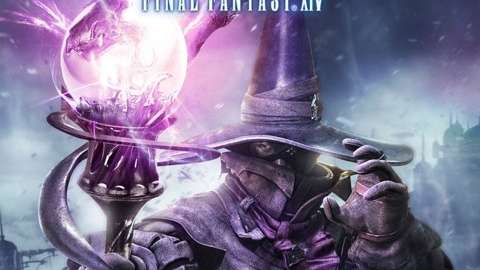 After a tumultuous launch, an entirely new team at Square-Enix has completely redesigned and rebuilt their second MMO, Final Fantasy XIV Online, from the ground up.