This is my story.

Even considering my fond memories of Yuna's pilgrimage through the ecclesiastical world of Spira, I couldn't help but consider Final Fantasy X's age when firing up the aptly titled HD Remaster version. It often takes more than a fresh coat of graphical paint to drag an aged product into modern times, but luckily, this marvelous role-playing game doesn't feel stuck in the past. The visual updates--as well as the addition of content previously exclusive to the international edition of the PlayStation 2 original--are compelling reasons to revisit one of the most poignant entries in the long-running series. Yet the religiously charged plot and distinctive progression system are the feature attractions for this particular return.

Spira, even with its picturesque sandy shores and reverential places of worship, isn't a safe haven. The residents of Final Fantasy X's expansive world have lovingly adopted the teachings of the deity Yevon thanks to the pervasive threat of Sin, a destructive, whale-like entity that's been painted as a punishment for past transgressions. The indomitable force cannot be killed, so instead, the devout followers of Yevon known as summoners--along with a group of battle-tested guardians--journey across the world to grow strong enough to banish Sin for a 10-year period. This decade, known as "the Calm," is a blessing for the people of Spira, but the personal cost of the summoner's journey is a great one.

Like most Final Fantasy games, X's plot is complemented by a budding romance. The bond between protagonist Tidus and summoner Yuna grows strong over the course of this 80-hour experience, and for the most part, their relationship arc is heartwarming and romantic. However, the potency of the game's story lies in a dedication to its fiction. Spira feels both fantastical and genuine, and Final Fantasy X's ardor for its own religious trappings only grows as new layers of a seedy hierarchy are carefully unpeeled. The political and spiritual backbone of Spira allows for a level of believability not often found in the series, or even in games in general.

Fortunately, the story segments aren't overbearing. Yuna's pilgrimage is beautifully balanced between plot, combat, and exploration, eliminating any opportunity for tedium to set in. Just when you've heard enough of the teachings of Yevon, the game introduces a new side of Spira brimming with adventuring opportunities. These segments of your pilgrimage are often expansive enough to sharpen your swordplay, but not so long that you irritably seethe at every nagging random encounter. It's smart pacing, and it doesn't hurt that the turn-based combat system itself is such a joy. Each of the seven playable characters has a set of skills tailored to a certain type of enemy. Heavily armored fiends are best stuck by guardians with bone-crushing blades, while elemental creatures are most easily downed by the effective spells of a mage.

Final Fantasy X doesn't feel stuck in the past. In fact, the strategic, turn-based combat remains just as engaging in 2014 as it was in 2001.

Snappy character swapping mid-battle allows for simple party experimentation, but the game's colossal progression system is where most player agency lies. Individual characters don't earn predetermined attribute points after raising a level; instead, Final Fantasy X incorporates a sphere grid. This circular network is broken up into clusters of individual nodes, each representing a different statistical boost. Using levels earned through battle, characters can travel down a unique development pathway and unlock new abilities, or greater strength and magic, along the way. It's a fascinating divergence from more traditional systems, and for completionists like myself, it's easy to get lost in the colorful network of spheres. I spent hundreds of hours maximizing my group of guardians on the PS2, but I still couldn't stop myself from losing dozens more on this HD Remaster.

Even before digging into the narrative or understanding the monumental sphere grid, the striking update to the presentation is immediately apparent. It might be a remastering and not a full remake, but environments swell with color and detail. Facial animations-- at least for the main cast--have been completely redone, and while it can be jarring to see the flat features of a non-player character next to the expressive, lively mug of one of the heroes, the improved animations are still a welcome addition.

The soundtrack, too, has been given an overhaul, but even diehard fans of the game might not immediately notice the acoustic alterations. The classic score, ranging from the solemn "Hymn of the Fayth" to the uppity tunes of Mi'ihen Road, has been cleaned up, and the orchestral rearrangements breathe a bit of new life into the 60-track package. If hearing piano in the "Via Purifico" theme causes you to writhe in wistful agony, the work composer Nobuo Uematsu has put in might be difficult to stomach. Nevertheless, the actual quality of the music is crisper, and nothing too drastic has been done to alter the spirit of each individual track.

After that new, HD smell finally wears off, what's left is a pair of enduring RPGs with all the additional content once exclusive to the international release. Within Final Fantasy X is the inclusion of dark aeons, which are optional bosses that pose distinct combat challenges. Moreover, you can make use of the expert sphere grid, an advanced take on the complex leveling system that breaks away from the predetermined attribute path each character originally followed. Instead of having Lulu, the game's designated black mage, pursue an upgrade path littered with magic boosts, the expert option places each character in the very center of the grid from the start. This gives the player more freedom when determining which role an individual character will play in combat, but doesn't drastically change the difficulty of the moment-to-moment action.

Final Fantasy X-2, which is also included in this $39.99 bundle, sees greater benefits from the original game's international offerings. Additional dresspheres, which instantly alter a character's attributes and abilities, as well as a creature creator and battle tournaments round out this blithe sequel, but what nostalgic fans will likely spend the most time with is the Last Mission. Set three months after the events of X-2, this bonus ending pits Yuna, Paine, and Rikku against the Iutycyr Tower, a monster-riddled spire that houses a roguelike dungeon crawler. It can be a grind as you ascend floor after floor and engage in battle after battle, but the delightful new cutscenes that appear after completing a certain set of challenges makes the trip worth your time.

Nevertheless, Final Fantasy X-2 remains problematic. The mid-battle wardrobe changes are still difficult to rationalize, with the Sailor Moon-esque visual transformations feeling out of place in an otherwise sensible setting. The original story of Tidus, Yuna, and their battle against Sin isn't without its fair share of absurdity, but the inclusion of hot pants and J-Pop leads to uncomfortable tonal shifts. I hold Final Fantasy X in high regard due to its respect for its own fiction, and much of that reverence has been flecked for the sake of emotionally hollow whimsy in X-2. The active combat system is snappy and entertaining, but this flashy sequel is the weak part of this otherwise stellar bundle.

If you want to experience the collection on both PlayStation 3 and Vita, you'll have to buy the game twice. Unfortunately, Final Fantasy X/X-2 HD Remaster isn't a member of the cross-buy club, but players can still make use of the cross-save system to maintain a single save file between the two platforms. Both versions, in terms of presentation and framerate, are essentially indistinguishable, but minor visual imperfections do appear every so often on the Vita. The uneven textures that remind you of the game's age are more jagged on the handheld edition, but that shouldn't stop you from taking the game on the go if that's your preferred method of play.

Final Fantasy X/X-2 HD Remaster is a meticulous refurbishment of one of Square Enix's strongest properties. A careful eye might catch glimpses of irregularity among individual pieces of the environment or passing residents of a town, but the overall package is an attractive renewal that respects its roots. The lengthy Final Fantasy X remains joyous due to a careful balance of its short combat sequences and expertly told story, while its over-the-top follow-up both entertains and exasperates through a frenetic battle system and convivial tone. Both games stand the test of time and are worth the admittedly significant time investment, even if you don't hold a deep-rooted, nostalgic association to the original releases.

View Comments (227)
Back To Top
8
Great
About GameSpot Reviews 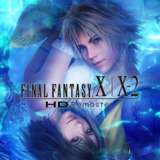 Josiah Renaudin filled out the entire sphere grid for all seven Final Fantasy X characters twice when he was in junior high. Those experiences, along with multiple playthroughs of other Final Fantasy games, have made him quite the series fan. For the purposes of this review, Josiah defeated Sin and still teared up at the ending.