Never before have technology, playability, and narrative combined as well as in Final Fantasy VII.

Never before have technology, playability, and narrative combined as well as in Final Fantasy VII. The culmination of Square Soft's monumental effort is a game that will enrich just as it will entertain. Yet, for all the boundless praise it so rightfully deserves, Final Fantasy VII is not without its shortcomings and occasional design problems. These are enough to make some gamers (who are unfamiliar with RPGs, to be sure) wonder just why anyone would bother playing through it in the first place.

This is the most dazzling visual experience to date on any console. Film-quality computer-generated cinematics blend seamlessly with pre-rendered background artwork to create the strikingly realistic world of Final Fantasy VII, both beautiful in its grandeur and terrifying in its detail. The overworld and battle sequences are presented in full polygonal splendor with just a touch of texture mapping for good measure. But you haven't seen anything until you witness some of the more powerful magic spells in the game. Massive dragons heed your bidding, dwarfing your gigantic enemies tenfold; an earth titan tears the ground up from beneath your enemies' feet, flinging them aside like toy blocks. Some of these summoning spells cut to over half a dozen different camera angles as the catastrophe unfolds. Meanwhile, a masterfully orchestrated soundtrack - courtesy of veteran composer Nobuo Uematsu - is a major force behind the intense emotion of Final Fantasy VII. The synthesized musical score hearkens Final Fantasy's golden age on the Super Nintendo, consciously staying true to its roots.

Yet for all its top-notch graphics and sound, truly the best aspect of Final Fantasy VII is the plot that these peerless aesthetics help weave. Join the enigmatic mercenary Cloud Strife in a journey that will take him to the very source of his being in an incredible quest where the fate of the world hangs by a precious thread, threatening at any instant to be torn by the charismatic, tormented villain of the story. Final Fantasy VII's moving plot is influenced by some of the greatest works of science fiction film and literature, including Frank Herbert's Dune, Mary Shelley's Frankenstein, and even Godzilla. If you were to strip away the story, scenery, and musical score, Final Fantasy VII would otherwise be very much like any other Japanese RPG you've ever played. You still must face countless random monster encounters while keeping a close eye on your hit points and magic points, and you will witness your characters grow stronger with every experience level they attain. Battles are fought in typical Japanese RPG fashion (albeit with fully polygonal graphics), with your team on one side and any number of opponents on the other. You exchange blows until you or the enemy is defeated. Fights are made interesting with the introduction of Limit Breaks (devastating desperation attacks) and Materia, the curious colored crystals that let your party use magic and other special abilities. Materia can be found or purchased and mixed and matched to create all sorts of interesting effects. Best of all, there are more than enough hidden Materia, weapons, and optional plot sequences in the game to merit playing it through at least twice.

Some have gone as far as to call Final Fantasy VII the hands-down best game ever made. And if you enjoy a good Japanese-style RPG, chances are you will agree. However, Final Fantasy VII, for all its astonishing features, is not a game with the sort of mass appeal that its massive marketing blitz may lead you to believe. For one thing, you can't finish it in a sitting, as Final Fantasy VII will be a solid 40 to 50-hour commitment for the average role-playing gamer. Otherwise, you might be taken aback by the extensive, text-heavy dialogue; there is no speech at all in Final Fantasy VII, in the interest of letting your imagination do a little work. Though you will make many small-scale decisions over the course of the game, on the whole, the story follows a very linear path. This linearity is a by-product of the plot's complexity, however - certainly a respectable sacrifice.

Sony's translation of the original Japanese dialogue is direct and first-rate, much to the relief of Final Fantasy purists everywhere. Nitpickers may identify a very occasional spelling or grammar error ("Off course!" agrees Cloud at the Golden Saucer battle arena), but otherwise this text-heavy game reads just right, flawlessly conveying each character's distinct personality. Even the foul-mouthed costars of the game retain their affronting attitudes, as Sony went as far as to translate certain four-letter words in the interest of staying true to the Japanese script. Final Fantasy VII boasts several features not found in the original Japanese release in February 1997. Some changes are designed to improve gameplay: For instance, now your party members can quickly and easily exchange their Materia, where swapping the invaluable crystals between characters was a real pain in the Japanese version. Also, at the touch of a button, all exit points on a particular screen become highlighted with conspicuous red arrows - these turn out to be a real boon in those areas where the exits aren't immediately obvious. Further, random monster encounters are thankfully much less frequent in many areas of the game, particularly on the overworld map. At the same time, Final Fantasy VII is considerably more challenging than its original release. You actually must plan ahead and devise some sort of strategy to beat some of the boss monsters that were likely pushovers before. Other changes include the addition of spectacular all-new cinematics and a handful of intriguing, new plot sequences at key points toward the end of the game. These moments help clarify several important issues in the story. Square Soft wasn't just resting on its laurels these past six months.

The question you must ask yourself is, are you prepared to dedicate a good portion of the next month to take part in a powerful story unlike anything you have ever witnessed before? If your answer is yes, and you can approach Final Fantasy VII content knowing that it bears its genre's inherently problematic traits, you will find it be among the most incredible games you have ever played - or ever will. 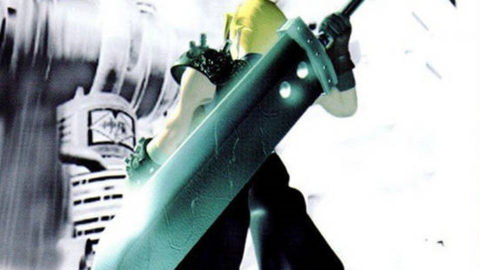 Never before have technology, playability, and narrative combined as well as in Final Fantasy VII.