Final Fantasy Tactics Advance is a deep and involving RPG that offers dozens of hours' worth of entertaining tactical battles.

Final Fantasy Tactics Advance is noteworthy for several reasons: It's a much-desired follow-up to Square's popular 1997 strategy role-playing game for the PlayStation, and it's also the first Final Fantasy game to appear on a Nintendo console in many years. Tactics Advance is also a great game in its own right, and it's well-suited to the portable Game Boy Advance. Those who fondly remember the original Final Fantasy Tactics won't find a story that's as engrossing or as complex here, but this is still a deep and involving RPG that offers dozens of hours' worth of entertaining tactical battles.

The title "Final Fantasy Tactics Advance" is somewhat misleading, because, while the game is certainly reminiscent of the PlayStation original, it's completely different in terms of storyline and certain key gameplay elements. So this is neither a sequel nor a remake, but, instead, it's another strategy RPG in the same vein as Atlus' excellent Tactics Ogre: The Knight of Lodis or the recent Disgaea: Hour of Darkness.

The story of Final Fantasy Tactics Advance was apparently inspired by the famous novel The Neverending Story--or maybe even more so by the 1984 movie of the same name--since this story seems skewed for younger audiences but is suitable for all ages. The main character is Marche, a young boy who is friends with a couple of other down-on-their-luck kids. Collectively, they aren't having a great time in their formative years--they've got problems at home and at school. One day, though, they discover a magical book that literally transforms their harsh and mundane world into one of swords and sorcery. This is a place where they can be heroes. Marche, nevertheless, believes that this new world is not his rightful place, and so he begins his long quest to find a way home.

The story has a few ironic twists, but, generally, it is neither as epic nor as prevalent as stories tend to be in other Final Fantasy games. That means you'll be spending much, much more time battling it out with bad guys than watching the story unravel. Unfortunately, occasional story sequences, such as the game's lengthy intro, cannot be skipped. This can lead to some frustrating situations, like when you're defeated by a long-winded boss of some sort and need to listen to his or her spiel once more before you can give the battle another shot. Fans of RPGs are probably used to this particular brand of punishment, though.

The actual gameplay of Final Fantasy Tactics Advance resembles that of other strategy RPGs, though, as you'd expect, it has a few twists of its own. Battles play out from an isometric perspective, and you take turns--with the computer-controlled opponents on the map--moving your characters, attacking, and/or performing other actions (like casting spells or using items or special moves). You generally try to do whatever it takes to win. The pacing is good, but, in time, you'll probably wish you could move things along a little faster. The enemy AI is pretty good, too. A typical battle is a six-on-six affair, and characters get to move in order of whoever has the highest initiative, so don't expect to be able to move all your characters one after another. Initiative-based turns add to the strategic appeal, though, unlike in the original Final Fantasy Tactics, all actions are executed instantly here. This makes magic-using characters quite powerful in the late game, since each turn they're able to cast devastating area-effect spells.

Characters needn't specialize, however. Over the course of the game, you'll gain access to a wide variety of different character classes (which you can switch between as frequently as you like), a wide variety of weapons and armor, and a wide variety of special abilities. You can also choose a secondary profession for any character. For example, your paladin can also have the time mage's spells on the ready. Gradually forming a well-balanced, powerful squad of melee fighters, ranged units, spellcasters, and support units is a time-consuming process, but it's an addictive one. As with any good RPG, it's one of the more enjoyable aspects of the game.

That doesn't mean the process can't get tedious. It certainly can, and often does. That's largely due to the game's unusual, and somewhat flawed, "ability points" (or AP) system. Basically, the way your characters gain new abilities is by equipping and using certain items that have those inherent abilities for a period of time. For example, a dragoon armed with a javelin gains the classic Final Fantasy "jump" ability--this lets the dragoon fly off the screen and land on top of an enemy, spear-first. Equipping the javelin immediately grants the jump ability. However, only after gaining 100AP (and you tend to get either 40 or 50 at the end of each battle) can you master the ability. This means you no longer need to equip yourself with the javelin to use it. You can now equip yourself with some other weapon to gain its ability, and so on.

Most abilities require 200AP, and sometimes 300AP, to master, so the process of learning new abilities is quite slow. Actually buying or finding equipment with good abilities attached is no trivial matter, either. Some helmets and armor pieces contain abilities, allowing characters to acquire several different powers at once, though most abilities lie with the weapons--so in most cases, characters will be learning one ability at a time. New character classes become unlocked only as you master a given number of abilities for existing character classes, so you'll likely find yourself obsessing over this aspect of the game.

You'll also find yourself wasting time with it. Each time you change classes, all of your character's gear is unequipped. The game could have really used a "recommended equipment" option of some sort, which would automatically arm the selected character with items best-suited to his or her profession. At any rate, the comparable system featured in the original Final Fantasy Tactics, in which you essentially "bought" new skills by spending job points you gradually earned in battles, was less cumbersome and worked better than the one here.

At least there's a lot of variety to the character classes, though there's actually less variety than there initially appears to be. The game features five different character races: humans, moogles (they look like teddy bears), bangaa (they look like lizardmen), viera (female deer-people), and nu mou (they look like Winnie the Pooh's resident donkey, Eeyore). Each of these races has its own set of warriors and magic users, though you'll find that some of the classes, such as the bangaa white monk and the human fighter, are closely analogous. Some classes are also obviously better than others, but it's still fun to experiment with them all. Marche and a few other main characters always look the same, no matter what their professions, but most of your characters change their looks when you change their jobs. In an odd touch, some of these characters have no obvious gender. The viera are obviously all female, but there's no male or female distinction among the human character classes. Basically, they're completely androgynous and are drawn with childlike proportions and are apparently made to look as if they could just as easily be boys or girls.

Final Fantasy Tactics Advance has some other unusual aspects to it. The judge system is the game's biggest twist. You'll learn early on that, in the world of the game, most engagements are refereed by armored judges who silently observe the proceedings. Certain laws apply during each match. For instance, in a particular battle, using swords may be impermissible, or using the "fight" command may be impermissible altogether. A character who ignores these laws earns a soccer-style penalty. There's a blow of the whistle, and a yellow card is presented for a mild transgression. A red card is presented for a major one. Receiving a red card causes the character to be instantly removed from the match and locked up in jail until bailed out. Over the course of the game, the number of laws per engagement increases, but you also gain the ability to cancel out these laws or add laws of your own, if you have the right magic cards. It's a weird system, but it succeeds in keeping you on your toes from one match to the next.

Also, you actually build the gameworld as you go along. Starting out, there are just a few points of interest on the map, but, after every few missions, you're be able to add other areas--and you can actually plop them down wherever you wish. Certain rewards are available if you arrange the lay of the land in a particular fashion, though this is a pretty abstract feature. Furthermore, some of the missions aren't your typical tactical battles, but are, instead, "dispatch" missions that require you to send away an individual character from your party. The character becomes unavailable for a while but will, hopefully, return with news of success--along with riches and new equipment for you. These missions are optional, as are some of the regular battles, though you'll typically want to take on all the standard missions available at any given time.

The game features multiplayer options for two players, allowing them to team up or to compete against one another for certain missions. Powerful items can also be accessed by using the link feature, and you can even trade party members among yourselves. The game has plenty of single-player lasting value, but the multiplayer option is certainly a nice touch.

Final Fantasy Tactics Advance has a great look to it, and though the character designs may seem odd, they're stylish and memorable. The battlefields are clear and colorful, the spell effects are suitably impressive, and all the different character classes are readily distinguishable. There's an occasional bit of slowdown when you get too many characters clumped around one another, but it's hardly worth mentioning. The animation used for the characters is good, but it's nothing special. The game's audio is nothing special either, for the most part. The musical score is solid, but it's too limited, given the game's length. You'll have long grown weary of the handful of battle themes by the time you reach the end of the game. There's no speech in the game (unless you count the groans emitted by characters who get knocked out), but the sound effects are actually very good. In particular, the sound of weapons--connecting with targets or whooshing through the air as they miss--are very well done.

Actually, most aspects of Final Fantasy Tactics Advance are very well done. It's got some problems, but it's the sort of game that you'd probably start to pick apart only after you've already spent dozens of hours having a lot of fun playing it. The game's got plenty of variety and offers a very open-ended character building system that rewards you for trying as many different, and unusual, combinations of abilities as you can. It's also got a pretty decent story that ties everything together, and it presents a unique twist on the sort of addictive, deep style of gameplay that made the game's predecessor a real classic.

View Comments (2)
Back To Top
8.2
Great
About GameSpot Reviews 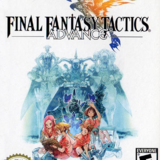 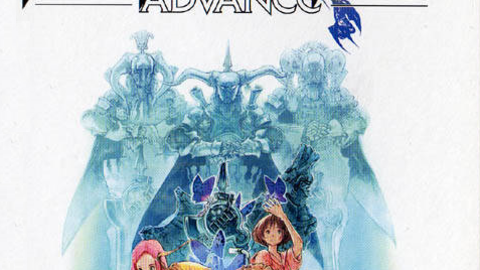 Final Fantasy Tactics Advance is a deep and involving RPG that offers dozens of hours' worth of entertaining tactical battles.