Final Fantasy IV contains a rich story and a highly memorable cast that still resonate some 20 years after it was first released. FFIV: The Complete Collection adds a contemporary touch to this epic, implementing enhanced visuals while maintaining its ground-breaking battle system. The package also contains The After Years, a sequel first released in the US as WiiWare in 2009. The collection marks the first time that both updated games have been brought together, along with a new chapter that acts as a fun transition. With updated visuals and plenty of fast-paced combat, this collection breathes fresh life into a rewarding classic.

A captivating plot forms the backbone of this collection, pitting Earth's warriors against a menace from the stars. Cecil, a dark knight of Baron and captain of the Red Wings, is honor-bound to follow his king's orders to collect the world's crystals--even if it means slaughtering innocents. Torn between duty and mercy, Cecil challenges the king, who strips him of his command and sends him on a fool's errand to the village of Mist, where his quest for redemption--and vengeance--begins. A slew of diverse characters enrich the tale, including Rosa, Cecil's beloved white mage, and Kain, a formidable dragoon struggling with his own loyalties. Eidolons (usually known as summons) also figure heavily, weaving the tragic story of Rydia, the beautiful summoner, into key moments. Though the plot may appear generic, this facade hides a gripping story that spans the globe.

Exploration is both simple and satisfying. A graphically updated field map makes navigating the game's extensive world straightforward; dungeons now tower above their local villages, so it's easy to pinpoint your destinations. Most dungeons incorporate clever mazes and hidden paths that take a keen eye to find, as well as treasure and items that just might save your bacon in a boss fight. Although few puzzles or interactive elements appear, poisonous swamplands and other hurdles keep things interesting. The game's difficulty is less punishing than its DS counterpart's, but each dungeon remains challenging; under-leveled teammates or weak battle strategies can still mean your doom.

One of the game's big draws is your ability to plow through foes at a breakneck speed using the active-time battle system. Combat is turn-based, but time continues to flow as you bounce between teammates to issue commands, boosting the intensity. You're allowed up to five teammates, all of which feature class-specific abilities that keep things fresh, although the ability customization option from the DS release has been dropped from this PSP version. All the usual classes--such as black or white mage--are here, and it's fun to unlock their advanced skills and master the more unique hybrid jobs, including ninja and paladin. Another great perk is the lightning-fast auto-battle system, which conveniently speeds both leveling and dungeon exploration. Challenging bosses provide more thrills, healing themselves or casting reflect spells to avoid your magical attacks, which forces you to outthink their maneuvers. Many encourage you to use eidolons to capitalize on their elemental weaknesses, while other tactical spells, such as float, often come into play to guard against vicious magic like quake.

Interlude, the new chapter made exclusively for this collection, serves as an interesting epilogue in which the main cast reunites for a touching ceremony. Although brief at three hours, it includes three dungeons and hints at the disturbances to come, preparing you for events in The After Years, the game's full-length sequel. Following 17 years of peace, The After Years opens with sinister forces once again gathering the world's crystals. Though events feel strikingly familiar, the plot quickly reveals a more potent evil: a mysterious girl with the unholy power to shackle eidolons. The game proceeds in chapters, allowing you to experience the impending calamity through the eyes of all your favorite characters in 10 distinct scenarios. The plot weaves together individual backstories very well, filling in gaps and explaining mysteries from FFIV. The returning cast also feels dynamic and has more personality; the black mage, Palom, boasts a quick wit and an attitude that's cuter than ever, while the once-rash ninja, Edge, has mellowed with age. New allies also take center stage, giving you the chance to experience part of Cecil's story from his son's view for a more interesting twist.

After Years functions similarly to FFIV, using the same battle mechanics while adding two new tactical challenges: moon phases and band abilities. The phase of the moon now impacts combat on Earth, weakening attacks or boosting magic as it changes. Timing your boss fights to match specific moon phases is critical for many bosses; for example, you wouldn't want to tackle a foe weak to fire spells on a day with a waxing moon, when all black (offensive) magic is weakened. Bands--powerful joint abilities spanning several teammates--shake up the action by letting you unveil new skills. Bands are learned by allies who have formed friendship bonds, and are discovered by pairing teammates during combat. It's fun to mix and match characters in combat to search for hidden bands, which pack a helpful punch in boss fights.

One disappointing element of After Years is that it recycles most of FFIV's assets, including dungeons and bosses. This is understandable given that both games take place in the same world, but not even the speedy auto-battle feature can lessen the sting of revisiting the same dungeon for the fourth time. Fortunately, these trips pass quickly because you already know your way around, and they usually advance the plot. After Years also includes a handful of new dungeons and bosses that intensify the end, making it worth wading through your old haunts to reach them.

Both games are nicely presented on the PSP. Stunning CG sequences open each, and both employ the same classic visual style. Static enemy artwork provides richer detailing than the original sprites did, while character sprites abandon their 16-bit roots for a more proportionate look that's just charming enough to work. Flashy spell effects and environmental cues, such as creepy cavern mists, also look cool and add to the ambience. The soundtrack pairs well with the action, sweetening moments of love and loss with low-key melodies; the collection also includes the arranged soundtrack from the DS version for those who prefer it. Combat sounds are decent, but a few--like sword slashes that mimic pulling Velcro--are primitive.

FFIV: The Complete Collection boasts an impressive amount of gameplay and bonus content. FFIV weighs in at more than 30 hours itself, including side quests and optional dungeons imported from the Game Boy Advance version. The After Years contains at least 40 hours and implements challenge dungeons, which offer formidable foes and valuable prizes that can be loaded into the last chapter for the final boss fight. Dozens of bosses also await you in these bonus areas, as do challenging eidolon fights to test your mettle. This is a compelling package--and one sure to satisfy all your role-playing game cravings. 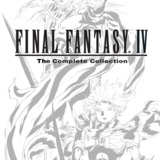 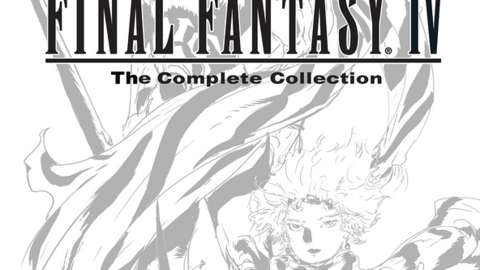 8.4
Sign In to rate Final Fantasy IV: The Complete Collection