Fighting Vipers was overlooked in the "arcade vs. home system wars" of 1996. It came out when gamers were paying more attention to the Saturn and Playstation systems themselves, and weren't giving the new arcade games a fighting chance. In the arcade, Vipers mixed Sega's 3-button fighting subtleties with a cool juggle/combo system that made it a touch more exciting than that arcade classic, Virtua Fighter 2. Luckily, FV is Sega's big end-of-the-year fighter, which means Saturn owners have a chance to experience what the arcade brigade missed.

The game is set in the city of Armston, where kids from all over the city wear armor and duke it out in the streets. This sport becomes so popular that the mayor holds a tournament pitting the best fighters against each other. Players can choose among eight characters, all well under the drinking age, who have a trashily stereotypical style about them. Among the worthies are Picky the skater, Grace the Rollerblader, Raxel the Rocker (who plays lead guitar for the band Death Crunch), and Honey the Fashion Designer/Rubber Fetishist. Only Telly and Casper (the hooligans from the movie "Kids") are missing.

Innovations to the Virtua Fighter 2-style of play include special power moves (performed at any time) that weaken the opposing player's armor. In fact, a critical high-damage hit can completely blow off an opponent's protection. Unlike Virtua Fighter 2, however, players settle their differences in a cage match. This means that when a player is backed against the wall, he or she will most likely endure an extra-damage wall beating.

Unlike Virtua Fighter 2, all characters can perform a throw-recover in mid-air by simultaneously pressing defense, punch, and kick. This means if a character is thrown against a wall, he or she can land on the wall and then attack - all in one fluid motion. This mid-air fighting system also allows combatants (who expect a throw-recover), to follow up with a mid-air juggle that should make a lesser opponent cry like a baby. This feature adds a new dimension to gameplay (because a good amount of battle can take place in the air), and creates an added challenge for those who rely on jumps to avoid getting hit.

Though the Saturn version of Fighting Vipers retains the gameplay and speed found in the arcade, there are some missing elements. Chief among them is the decreased polygon count: Characters don't look as detailed or move as smoothly as they did in the arcade. The bright colors that made the arcade game so stunning have also become a little dreary in the home version. To be fair, the programmers realized these shortcomings and included a few cool extras, including at least three secret characters, additional moves (including a side-step for all characters), and alternate costumes for the original fighters.

If you have a Saturn, this is the fighting game to own. If you don't, Fighting Vipers gives you a good reason to get one. 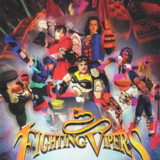 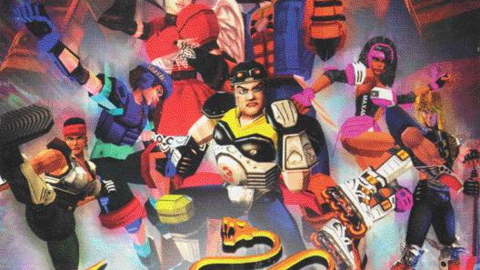