Unfortunately, the game starts strong, but becomes an exercise in futility on or around the second level.

Fighting Force, from the same developers that brought us Tomb Raider, looked very promising from the early reports. It looked like it was going to be the ultimate beat-'em-up game, redefining the genre for the 32-bit and up systems. Unfortunately, the game starts strong, but becomes an exercise in futility on or around the second level.

The game allows four character choices, each with its own strengths. Actually, it doesn't really matter which character you pick. They may have different attacks and throws, but they're all pretty interchangeable. The typical array of punches, kicks, and grabs are here. All the players also have a special attack that clears out all the enemies around them at the cost of a little bit of their life bar. Needless to say, originality is not one of Fighting Force's strong points. The game is basically a 3D version of Capcom's classic, Final Fight, except the characters and enemies lack the personality that made Final Fight exciting. Also, the use of a 3D environment causes a few problems. The most notable of these is that armed enemies have the ability to shoot you from off-screen.

Graphically, Fighting Force does the job. The characters move well and look detailed, albeit a bit blocky. The backgrounds are decent, but seem a little too static. Perhaps a little more animation could have been used to spruce the game's atmosphere up a bit. The sound doesn't help very much here either. It's tolerable, but that's about it.

Playing the game is simple, although it could have been a little simpler. Core chose to assign multiple tasks to a single button, even though there are plenty of free buttons on the PlayStation controller. As a result, trying to grab someone will sometimes cause your player to execute a reverse attack, leaving him wide open for punishment. This doesn't really matter, however, since you only really need to use one button to play the game anyway. In fact, you can even beat the game's final boss simply by walking up to him and pounding on the X button until he is dead. He will simply block your attacks, taking a small amount of damage each time you hit him. He won't be able to hit back, even with the game set on hard. You don't even have to bother looking at the screen. The rest of the game is pretty easy, although you'll have to actually walk around a little bit. The only neat thing about Fighting Force is that there are a few different branches of levels depending on which way you go.

All in all, I can't recommend purchasing Fighting Force unless you're prepared for an uninspired stab at making a 3D Final Fight or Streets of Rage. If you are an absolute beat-'em-up fiend, then check it out, but prepare yourself for an easy, flawed game. 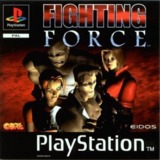 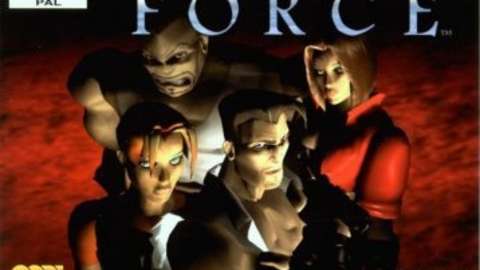 Unfortunately, the game starts strong, but becomes an exercise in futility on or around the second level.