They made a sequel?

It's impossible to look cool playing Fighter Within. I'm not talking about a high standard of cool either, like the Fonz banging on a jukebox. No, while playing Fighters Within, you will look less cool than some pantless schlub who barely resembles a functional member of society. Frankly, any activity that involves flailing your arms and legs around like an apathetic Steven Seagal impersonator is going to draw some prolonged stares and titters (or in my case, howling laughter from supposedly supportive colleagues). This isn't a problem in of itself; after all, you can look just as foolish playing the likes of Just Dance. The problem is that the flailing is in service to an awful fighting game that lends no joy to your embarrassment.

Unlike in Fighter Within's predecessor, Fighters Uncaged, the motion tracking is not entirely hopeless this time around, even if its menu system is. I take a weedy swing at the screen, and my character punches; I do a little hop, and my character kicks; I hug thin air, and my character goes in for a throw. No, the greatest problem with Fighter Within isn't its ability to sense your simplistic moves, but the incomprehensible banality of the game itself. A great fighting game is about speed, depth, and maybe some outlandish moves and combos. But in Fighter Within, none of that exists, because of its physical dependence on the bags of meat attempting to play it.

Character movement is limited to sluggish hops backwards and forwards as you awkwardly lean your body; there's only one type of kick; and combos are automated after you land five successive punches. Every drop of fun has been viciously squeezed out of the game, and the action is slowed down to a lifeless crawl. Some attempt has been made to add depth to the combat with counters and dodges and special moves charged by holding your arms up in the air. But these all fall prey to a lack of precision and a delayed response time, and the game soon devolves into a mess of flapping limbs.

A Fighter Within match goes down as follows: pick from a list of dull or--in the case of the overweight, angry kilt-wearing Scottish guy--offensive stereotypes; choose one of the bland, barely there arenas; stand like a lemon in front of the TV for what seems like an eternity as you feel your life ebb away during the excruciatingly long loading times; punch at thin air as fast as humanly possible until you trigger a combo; watch the lifeless combo animation; repeat these steps until your opponent is defeated; quickly realise that you'll never get those 10 minutes of your life back; and question life choices.

You can rope some poor soul in for some local multiplayer this time around, which may let you stretch those 10 minutes out to 20. Any more than that, though, and you're pushing the boundaries of friendship, patience, and sanity more than most people are willing to. A fun party game Fighter Within is not.

If you're playing solo, then it's worth noting that you have to subject yourself to one of the most laughable storylines to have ever graced a video game. It's not just bad; it's really, really bad, and the sort of thing you'd hear in a poorly dubbed kung fu movie, only without any of the kitsch charm. It meanders from coming-of-age adventure to fantasy gibberish with little explanation, but it's the dialogue--delivered with all the enthusiasm of a wet sock--that really takes it to the next level of awful. In one exchange, a character exclaims "I've gotta run, someone's waiting for me." The reply? "Yeah, my knuckles!" Lines make so little sense that they swing right back from being bad to being so bad they're hilarious. Case in point: "The only freedom is the fight to conquer for freedom." I don't know how to begin trying to explain that one.

Yes, the motion tracking isn't as bad as in Fighters Uncaged, and yes, at least there's two-player combat this time. But that's pretty much like applying lipstick to an ugly pig. This is a totally flawed game that offers little more than a slow, barely competent combat system and a laughable storyline. And hey, if you're that desperate to experience Fighter Within, get a friend to repeatedly kick you in the shins. It's free, a nearly spot-on representation of the game, and far less painful.

View Comments (136)
Back To Top
2
Terrible
About GameSpot Reviews 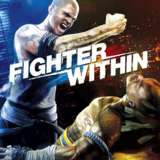 Mark completed the story mode of Fighter Within for this review, and took on some of his coworkers in two-player combat. He wishes both things had never happened to him. 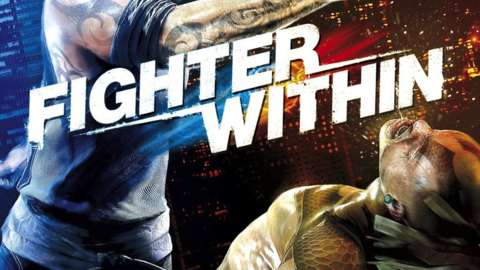 Fighter Within is a realistic fighting simulator that lets players choose between a wide array of fighters, each with their own distinct fighting style and signature attacks.