I think we've all been expecting a little something special from FIFA 98. Happily, mes cheries, this tour de force does not disappoint.

We're all familiar with the EA formula by now: a stunning opening credits sequence (which in this game reaches no less than music video level); an unbelievable variety of fully licensed international, professional, and club teams; beautifully rendered stadiums complete with roaring, chanting crowds; and John Motson's dry, humorous commentary. But with the official license to World Cup Paris 98 on this year's resume (as EA makes abundantly clear with the numerous references to "the beautiful city of Paris"), I think we've all been expecting a little something special from FIFA 98. Happily, mes cheries, this tour de force does not disappoint.

As beautiful as a walk along the Seine, the first things that hit you in FIFA 98 are the expansive stadiums, ever-changing skies, and perfectly rendered 3D characters. Complete with facial features and hairdos, your players are able to perform more feats of aerial derring-do (or is that Depar-dieu?) than the legendary Cirque du Soleil performers. Bicycle kicks, slide tackles, diving headers... all of these are actually possible in the game, and advanced moves such as jumping over a slide tackle or flipping the ball over your opponents' heads can be mastered with a slight bit of practice.

While EA is famous for its wealth of options, FIFA 98 offers more options than there are types of Brie at the lovely cheese shops along the historic Champs Elysees. There are hundreds of teams, three difficulty levels, and five different play options, including friendly, league, penalty shots, and the road to the World Cup. Most impressive, though, are the actual team management options in the game, allowing you to choose from multiple formations, player positions, and strategies. More amazingly, you can also adjust each individual player's attack bias and aggression level, choose who takes free and corner kicks, and create or purchase new players to add to your club.

All of this is good, but what sticks out in FIFA 98 like a baguette from a shopping bag is the gameplay. Fast, challenging (at least for a while), and as smooth as a neatly rolled Galoise, one game immediately erases all memory of what must now be seen as the transitional FIFA '97. While this fast pace may be at the expense of true realism, it is certainly more entertaining to play; slide tacklers get back to their feet in time to rejoin the action, shots occasionally find the corner of the net, and it is actually possible to win a fifty-fifty ball from a computer opponent. Additionally, the computer AI is much improved, allowing you to play the ball into open space and let your teammate run on to it, creating a fast-break opportunity. This does work against you when you are trying to play the ball back to the goalie (and you end up rolling it into open space in front of the net), but, for the most part, it creates a faster, more exciting style of play than any soccer game ever made.

Smooth, entertaining, and relatively high-scoring, FIFA 98 may eventually prove a little easy for hard-core footballers, but the multiplayer options (and EA's matchmaking site) will let you find one another like long-lost lovers at the Eiffel Tower. They say Paris is the city of love, and you'll most certainly love this game. 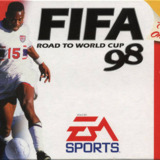 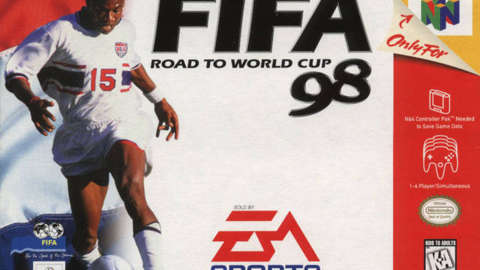