FIFA Manager 07 is a beautifully presented and accessible football management game that's tailored for novices of the genre.

FIFA Manager 07 is the second game in EA Sports' football management series, with German outfit Bright Future again handling development. Like other EA Sports titles, FIFA Manager 07 is highly accessible, attractively presented, and boasts a wealth of official team and player data. Because of this, FIFA Manager 07 is a great introduction for newcomers to the genre and is a gentler start than something like Football Manager 2007 might be.

Like the origins of most football management games, the idea behind FIFA is to start out as the head of a football club and begin a career in the profession from there. Who you choose to manage is up to you, and while many of you are likely to choose the real-life team that you support, some will relish the challenge of taking a struggling side and transforming its fortunes. FIFA Manager 07 offers 52 leagues from 29 countries, covering most of the major European teams and some of the Asian and American ones, too.

While this list should keep most football fans happy, it's by no means as comprehensive as the 116 leagues that feature in Sega's recent Football Manager 2007. FIFA Manager 07 still has an ace up its sleeve, though--access to FIFA resources means that the game boasts an incredible feeling of authenticity. Endowed with an abundance of official imagery, including stadiums, logos, and players, FIFA Manager 07 does a stellar job of making you feel like part of the real footballing profession. Even better, it doesn't feel like a showy gimmick, as FIFA uses the licensing to support the game underneath.

At the beginning of the game, any team in the world will accept your application for the manager's position. Once appointed, you can get down to the nitty-gritty of making a championship-winning squad. If you possess a basic knowledge of football then you'll certainly find it easier to understand the general demands of being a manager. And if you're a fan of the club in question, you should also know a little bit about the individual players in the team. However, you can choose to delegate practically every aspect of the game to your assistant managers, freeing you up to concentrate on key areas such as signing new talent and managing the first team.

Depending on which club you sign to, the board and fans will have different expectations of what you need to achieve during your time there. While it's always tempting to control a top club and have access to world-class players and huge resources, you'll be expected to maintain a high position in the domestic league as well as bring home trophies from continental tournaments. If you're not performing, the fans and the media will be the first to call for your dismissal, and as the confidence of the board dwindles, you may well be sacked or forced to resign. However, you can always apply for other jobs at clubs with vacancies, and you may even be courted out of your current contract by other clubs interested in your management skills.

Just like in real life, in FIFA Manager 07 you'll need to create a team of players that can function together to succeed. On a basic level, you do this by setting training regimens, choosing formations, and adapting tactics to each team you play. On an advanced level, you also need to worry about individual and group morale, resting players, and giving substitutes experience, as well as setting up international training camps. While all this is happening, the future of the club needs to be secured by scouting for new players and encouraging junior players through your youth team. Another new addition, and one that made its first appearance in Football Manager this year, is the ability to set up business partnerships with other clubs to loan players and give them more experience--something that definitely pays off in the long term.

In this respect, FIFA Manager 07 offers a decent amount of depth for those of you who want to sit there and tweak things to death. As well as choosing from the regular formations, such as 4-4-2 or 4-3-3, you can read the opponent reports of your chief scout and adapt the team accordingly. This includes telling individuals how to play in 10 key areas, such as passing and crossing. You can also drag players around to dictate their default playing position on the pitch.

One of the most important things you need to do as manager is find the best players to join your team. FIFA Manager 07 presents players who are available on the transfer market so that you may make a bid, as well as letting you make offers on players not on the market. If you're trying to secure someone not on the transfer list, it helps if you're working for a bigger club, as most unlisted players will only consider a move to somewhere of higher stature. A much more intelligent way to find hot new players is to use scouts, who can investigate domestic and foreign leagues based on a number of search criteria, such as player position and market value. You can also use your scout to get feedback on your next opponents, with the results stored away for future reference.

The final piece of the management puzzle is marketing and facilities, and you need to spend time looking after both the stadium and the fans that fill it. A clever manager will check in with supporters on a regular basis to find out how they feel, and they can try to boost their PR by giving away free tickets or holding an autograph session. You also need to engage in your own bit of PR, talking to the press on match day, both pregame and post, and choosing whether you want to represent yourself as a democratic manager or an autocratic one. Each club has a 3D stadium representation that you can explore and rebuild as needed, and you can sell ad space around the pitch to real-world sponsors such as Barclays and EA Sports. There's also a Sim City-style view of all your facilities, including press centres and physiotherapists, all of which can be expanded once you have the funds.

Boasting all these features means that FIFA Manager 07 can compete with other football management games on the market, but it also brings a couple of other quirky issues to the table. Aside from your life at the club, you need to take care of your social interests such as family, property, and sports. You can choose to live the single life, have a partner or get married and have children. The game is even so modern and politically correct as to offer same-sex marriage and adoption options, but it all feels a bit tacked on in a football management game. Much like a real family, your virtual family just spends your money and gets angry at you when you forget anniversaries and birthdays. At least the game also features some of the better aspects of the football manager lifestyle--you can buy luxury cars and houses and sometimes even make money when you sell them. If you play golf on a regular basis, you can lower your handicap, which will have a positive influence in business relationships.

As with many recent football management games, FIFA Manager 07 offers a full 3D match engine. While it's not the same engine used by FIFA 07, and is consequently a way off that game in terms of graphical quality, it's the best interpretation of a match engine yet. Players don't make the sloppy mistakes that blighted LMA Manager 2007, and while they certainly play an aggressive game, it gives you a good indication of who's performing and who's letting the side down. You can shout commands from the touchline, move a slider to dictate more aggressive or defensive tactics on the fly, or pause the game to switch more advanced options or make substitutions. In another strange design choice, you can use the keyboard to manipulate one single player on the pitch, but he controls so poorly that it's made more or less pointless. Not that you'll want to watch every match in 3D mode, anyway--the instant results or Teletext-style updates are preferable for those who want to plough through the leagues quickly.

Motivation plays a large part in FIFA Manager 07, both in and out of the game. Players who aren't given ample time on the pitch will complain, while those who play too often will become fatigued. You're also given the option to give motivational speeches at halftime, and based upon the ratings for each player, you can choose to praise, criticize, or motivate players on an individual basis. You can also give a speech to the overall team along these same three basic lines, and we generally found that a bit of encouragement yielded better results in the second half.

The audio in the game does a good job of capturing the atmosphere of match day, while the music in the menus lightens up what is effectively a fancy database. In the 3D match mode, the crowd reacts to what's happening in the game, while the excellent commentary is supplied by John Motson and Ally McCoist. The music contains some familiar highlights for sports fans, especially those that have ever watched BBC TV's sports programme Grandstand in the UK. It's a change from the main FIFA series, which usually takes the licensed-pop music approach.

Overall, FIFA Manager 07 is an excellent introduction to the sometimes-overwhelming world of football management games. It's deep without being daunting, generally authentic without feeling glamorous, and with a highly customisable level of difficulty, you can really make it into the game you want. It doesn't come close to offering the realism or global depth that Football Manager 2007 does, and features such as a private life and the ability to control a single player feel like they're tacked on without adding anything to the experience. But for people who find Football Manager's comprehensive nature a little too much to take in, FIFA Manager is a decent alternative. 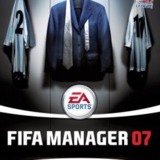 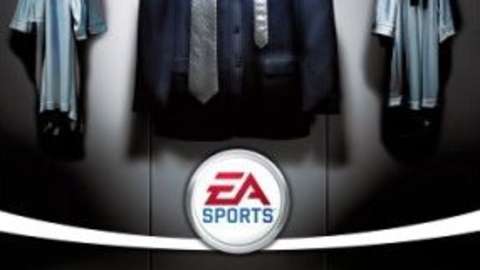