If your definition of a great soccer game begins and ends with dead-on realism, you can't go wrong with FIFA 99.

The latest installment of FIFA for the Nintendo 64 delivers a soccer sim full of depth and realism, but it isn't strong enough to deliver a death blow to its nemesis, Konami's International Superstar Soccer Pro '98. Materially, FIFA 99 is virtually identical to the PlayStation version as far as options and features go -meaning that there're tons to choose from. New modes such as the golden goal, which lets teams play to a fixed number of goals, and the European dream league, which is a fantasy league built from that continent's best teams, offer original departures from the standard soccer game formats already in the game. Its team strategy options and custom utilities are powerful additions to the game; not only can you set up custom leagues and cup tourneys, but you can also edit team colors, uniforms, and player stats.

Of course, the 64-bit version of FIFA outshines the PlayStation version in the graphics department. The textures for the field and stadiums come close to photo quality, and the player shadow effects look convincingly real. There's never any polygon flicker or breakup during a game. The players are animated amazingly well, even though their slightly blocky, robotic appearances make them look like Popeye clones with elbows out and fists clenched. Despite these solid graphics, there are isolated instances when the game lapses into choppy animation, notably at faster gameplay speeds. It seems to stem from a slow camera, which always seems to be running behind the action onscreen. The result: slight hiccups in animation pop-up, such as a ball "jumping" from one player to another. It's not enough to hurt gameplay, but it is noticeable enough to quit playing at those superfast speeds.

Speaking of gameplay, the newest installment of FIFA runs like a well-oiled machine. The standard FIFA controls are a cinch to learn, while control and passing response times are on the money. Perhaps the most notable, if small, gameplay gripe is that your same-team defenders' AI is suspect at times, as nonhuman players stick close to attackers but rarely foul or chase after loose balls. Obviously, it's your job to switch players and take control, but if you don't switch, don't expect the computer to back you up.

However, if you're expecting 64-bit processing to deliver some magical leap in performance over the PlayStation's FIFA 99, you may be in for a letdown. A few of this game's shortcomings can be blamed on the Nintendo 64's specs. Only up to four players can play simultaneously, compared with the PlayStation's eight. Plus, the Nintendo 64 can handle only one in-game announcer who speaks in clipped phrases, rather than the two-man banter in the PlayStation version. The otherwise decent music also takes a drop in quality because of cartridge limitations.

In addition, this game shares flaws also found in the 32-bit port, such as the omission of an authentic US soccer league with teams and players (due to EA Sports' lack of an MLS license). This omission sticks out like a sore thumb when the rest of the leagues offer the real deal, although the team/player editing features can let you "fix" the US league if you really wanted to. The toned-down default difficulty makes it way too easy to sprint, weave, and score at will, which should force gamers to crank the difficulty up to professional to keep the gameplay balanced.

While FIFA 99 is the most in-depth soccer sim to date on the Nintendo 64, it still faces stiff competition in Konami's arcade-style International Superstar Soccer Pro '98. Deciding which game is best for you really boils down to what floats your boat. Konami's game may look a bit slicker and play with more robustness - but if your definition of a great soccer game begins and ends with dead-on realism, you can't go wrong with FIFA 99. 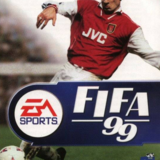 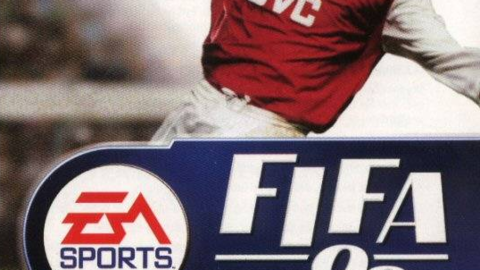