The game could have been a modest success, as it has scores of teams to choose from, a bevy of options, and even an indoor soccer game that plays ten times faster than the regular form.

FIFA 2000 is another EA Sports title to reach the Game Boy courtesy of THQ. But instead of tight control and solid gameplay like Madden 2000, this cart suffers from abysmal control.

As any soccer fan will tell you, passing is key to winning. It's also key to playing. If you can't pass the ball accurately, then you might as well get off the field. Unfortunately, this game has some of the worst control to ever hit a soccer title. There are no arrows to indicate where offscreen teammates are, so making a long pass up the field requires more than a little faith that someone will be there to receive it. Pressing A to switch to the player nearest the ball often results in nothing, and combining the control pad and A to pass the ball generally winds up with the ball rolling awkwardly to no one in particular, only to be scooped up by a member of the opposing team.

All of the usual undefeatable European teams are here, from Germany to England to Argentina. You can even play as the THQ team, which, as you may have guessed, has the best team in the game with full attribute points in everything from shooting to defense to its goalies.

The graphics for the most part are tight: You can see the checkered pattern on the ball; players do a funky chicken-style dance when they score; and the grass even has its own textures. Sounds are pretty much absent, with music only playing during the pause screen and little more than the referee's whistle sounding during an infraction. The game could have been a modest success, as it has scores of teams to choose from, a bevy of options, and even an indoor soccer game that plays ten times faster than the regular form. But undercutting all of these features and ultimately sinking FIFA 2000 is poor control that makes the game harder to control than it needs to be. 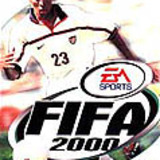 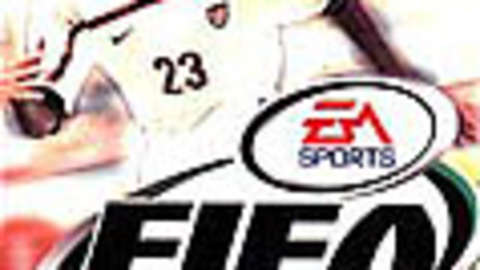