Ahhh, FIFA. Like the setting of the sun, the drawing in of the nights, the putting on of an old winter coat, there's both an inevitability and a level of comfort that comes with the release of a new FIFA game. The football season is properly back. The squads are correct again. A couple of new features to keep us occupied through the long, dark nights. All is right with the world.

FIFA 20 might not be the series at absolute peak form--Volta isn't the revolution it perhaps could have been and Career Mode still feels underdeveloped--but modern FIFA is such a broad, deep, and complete offering that it remains a must-buy for football fans.

On the pitch, FIFA 20 is remarkably similar to last year. Sports games do change year-on-year--I just feel that rate of change is slowing as we reach the end of this console generation. So while there are some welcome improvements--more natural first touches and more satisfying ball physics--things feel very similar to FIFA 19 once you walk out of the tunnel.

Set pieces, have, however, received a bit of a makeover--specifically direct free kicks and penalties. In a throwback to the halcyon days of FIFA 2003, both now have you aim a reticle at the precise location you want to place the ball. Then, incorporating last year's genius timed finishing mechanic, you'll need to press shoot again at the right time, while also adding curve in the case of free kicks. Both take a little time to get used to, but they offer greater depth and satisfaction when you smack one into the top corner.

In another nostalgic move--and in an attempt to offer greater improvements off the pitch--FIFA 20 introduces a new mode, the FIFA Street-like Volta Football, bringing street soccer to the main series for the first time. You control a squad of street superstars aiming to become the world's best in a journey that takes you across various unique, exotic locales. These three-, four-, or five-a-side matches are shorter and more chaotic than a standard 11-a-side game, and they feel sufficiently different and entertaining to become a worthwhile staple in FIFA's roster of modes. Fancier tricks and flicks and simplified tactics make it a mode that feels a little more, well, fun, than the more traditional game types--but don't expect the depth FIFA Street gave us all those years ago. There are no Gamebreaker shots here, and it's not as easy to utterly humiliate your opponent with outrageous nutmegs and rainbow flicks. Instead, Volta focuses on the culture of street soccer, where the language and atmosphere are more relaxed, more expressive--and more sartorially customizable.

The Volta store and challenges that unlock new gear--combined with the ability to play against online human opponents in Volta League--mean the mode certainly contains more longevity than the mode it replaces, The Journey. And Volta Story, the single-player campaign in which you face off against AI teams, is a closer analogue to The Journey with its cutscenes and cast of characters. Its world tour structure is compelling and its real-world locations well-realized, with unique personalities and play styles of their own. However the characters you share your travels with are so irritating, and the writing so aggressively How Do You Do, Fellow Kids, that it becomes something of a chore to play. Other oddities such as inexplicably needing to play the same opposing team over and over, every squad having the exact same goalkeeper, and some consistent basic positioning errors mean Volta comes across as a mode that feels simultaneously long-lasting and half-baked. In a final, strange note, Volta requires an internet connection, even when playing the single-player mode, for reasons that remain unclear.

Career Mode is FIFA's other main single-player offering, and it comes with a raft of new features. Proper conversations between manager and players are finally possible, for example; players will come to you to complain to or thank you about their game-time, as they have for many years, but you now have the opportunity to reply, with the aim to keep their morale--and hence performance levels--high. The system is shallow, with the morale bar seemingly the only variable you can affect, and messages still repeat far too often with the same old typos intact, but it at least feels a little more interactive than the stagnant old email system.

Similarly, pre- and post-match press conferences have been overhauled, and they now appear more like those seen in The Journey in previous seasons. Again, the objective here is to maintain your team's morale, and again there isn't much more to it, but it is more visually and intellectually stimulating than a simple menu screen, as it was before. The final big new feature, dynamic player potential, means players' potential rating now changes based on your treatment of them. The move will please Career Mode ultras but in practice makes little difference to anybody but the most committed of players.

Disappointingly, despite all the changes, Career Mode still feels a little barebones, and it still contains a number of inaccuracies. The transfer window ends erroneously late for English clubs, for instance, while VAR and short goal kicks are yet to be introduced into FIFA at all. Transfer negotiations are unchanged, save for two new background locations in which to hammer out a deal, and scouting and youth teams are the same for yet another year in a row. Career Mode has taken some steps forward this year, but a revolution is needed.

Ultimate Team, meanwhile, continues its expansion and is now bigger and better than ever. The adoption of a Fortnite-esque battle pass model in FUT Seasons--not to be confused with FUT Seasons, the sub-mode--is somewhat confusing, but a masterstroke. It essentially manifests itself as an expansion of the existing daily and weekly challenges, with new tasks you can work towards over multiple weeks or the entire year. Rewards include packs, players, new cosmetic options including tifos and balls, and more. It all adds another way to be rewarded and another objective to work toward--especially useful for those who struggle to compete in the weekend league (which, by the way, is unchanged and hence remains as moreish, and as grindy, as ever).

FUT's other new addition is Friendlies, which are a new way of playing casually within Ultimate Team. There are no great rewards for playing FUT Friendlies, but you do still earn coins, and, crucially, player injuries, contracts, fitness, and your playing record remain unaffected. The community has been crying out for a place to go when they can't face the pressure of Rivals or Squad Battles, and finally they have it. It also contains the same in-depth stat tracking and bizarre mode variants as was introduced in FIFA 19's Kick Off mode, along with new House Rules options. They're a weird, entertaining place to go to have fun with friends and they mean that, if it wasn't already, Ultimate Team really feels like its own game now. You might understandably disagree with its pay-to-win tendencies--yes, spending more money on packs means you're still more likely to get Lionel Messi than someone simply grinding for in-game currency--but FUT is as compelling and complete as game modes come, and I am horribly obsessed once again.

Completeness appears to be the ethos FIFA lives by, and despite the omission of Juventus (forza Piemonte Calcio), this year's game feels more complete than ever. The same goes for its aesthetics and licensing, which continue to offer the closest virtual approximation of real-world football--or, more accurately, Sky Sports' version of football--available.

Flawed and iterative, but comforting, complete, and compelling, FIFA 20 is as frustrating and as essential as ever. The Journey and FIFA Street will continue to be missed, but Volta offers a genuinely different option for those who want to dip in and out across FIFA's smorgasboard of game types, while Ultimate Team continues its route to world domination. It's just a shame Career Mode continues to stagnate--even if EA has finally remembered it exists. 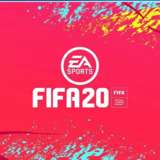 Oscar has spent thousands of hours playing FIFA over the course of his life, including around 30 or so with FIFA 20. He'll likely spend hundreds more with it over the next year. Review code was supplied by EA. 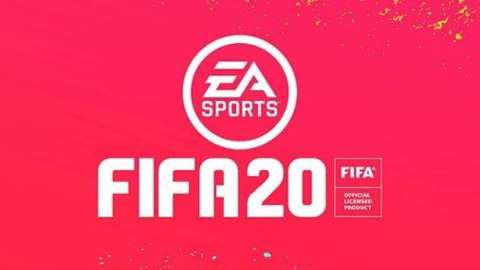