FIFA 18 on Nintendo Switch is a tough game to categorize. When compared to the likes of FIFA's past PS Vita, 3DS, and other mobile versions, it's easily the best portable FIFA ever made. But compared to its current console cousin--FIFA 18 on PS4 / Xbox One--it's lacking features and much of the shine that makes that version so appealing.

On the pitch, it actually replicates the other editions' gameplay pretty well. Dribbling feels responsive, crosses are accurate, and overall match speed is faster than on PS4 / Xbox One, a change that better suits the Switch's immediate pick-up-and-play sensibilities. Commentary is also just as impressive, and animations look as smooth as they do on current-gen (though you're better off not looking at the cardboard cut-out crowds). Shots don't pop like they do on PS4 and Xbox One, and the omission of player instructions is a frustrating and bizarre one. But playing a match of FIFA 18 on Switch is an enjoyable experience.

The problems arise when you consider the game as a package. FIFA's Switch port is missing Pro Clubs and The Journey, meaning the only options to play offline are the bog standard Kick Off and aging Career Mode. I say "aging" because the Career Mode here is not the one included in FIFA 18 on PS4 and Xbox One--it's more like the Career Mode seen in FIFA 16. It does not include the latest additions of dynamic news clips or interactive transfer negotiations because--like The Journey--they are powered by the Frostbite engine, which FIFA 18 on Switch does not use. With such a faithful recreation seen on the pitch, it's disappointing that attention to detail is not reflected off it.

This means that, despite feeling good when you're in a match, FIFA 18 doesn't really offer much to do when you're not connected to the internet. The Journey in particular would've been a perfect fit for a portable FIFA--a match on the way to work, another on the way home--but its omission leaves the only proper mode, save for the aforementioned Career Mode, as Ultimate Team.

FUT is, again, replicated well--it looks and plays like the real deal, and contains much of the live content the other versions boast, like Team of the Week and SBCs. However, once again, the Switch edition is missing the mode's big new feature for this season, FUT Squad Battles. Ironically, Squad Battles are the feature that would have fit this version of Ultimate Team best--as a single-player portion, it would've been perfect to play a couple of matches while on the bus and have the game sync when I get home. Unfortunately, they're missing from this version, and you can't even access FUT's menus when you're not connected to EA's servers. Of course, you can play it when you get home, but you'll be playing a version of Ultimate Team missing many of the PS4 / Xbox One versions' innovations from the past couple of years.

One advantage the Switch version has over the home console edition is the ability to play with a friend while on the go. FIFA 18 supports single Joy-Con play, meaning I was able to play football on my Switch against my brother on the way to an actual football match this weekend. It works, but I always felt l was struggling against the controls--fewer buttons and only one stick means there's no way to use finesse shots, threaded through balls, knuckle shots, manual defending, skill moves, or driven passes. EA has come up with a clever workaround to allow you to knock the ball ahead--double tap the right trigger rather than using the absent right stick--but it's a shame similar solutions haven't been found for the other missing moves. It remains a convenient way to play a quick match against friends while on the go, but you'll be fighting to get both Joy-Cons back before long.

Unfortunately, the ability to play with friends is not reflected in FIFA 18's online offering on Switch. While you can play online--in FUT or in the standard Seasons mode or a single match--there is no way to matchmake with friends unless they happen to be in the same room as you and have their Switch on them. It's a glaring omission, and doesn't do justice to the community EA has cultivated so well on Xbox and PlayStation.

FIFA 18 on Switch delivers some enjoyable soccer when on the pitch, but without Pro Clubs and The Journey, and in restricting all access to FUT when you're not online, it shoots itself in the foot. Being able to play FIFA on the go or with a friend is gratifying, and if you're happy to just play through Career Mode for the next year, then this port will satisfy your needs and is the best mobile FIFA you can buy, but compared to the PlayStation 4 and Xbox One versions, this port is inferior in every other way.

View Comments (144)
Back To Top
5
Mediocre
About GameSpot Reviews

Oscar spent around 10 hours playing FIFA 18 on Nintendo Switch, and double that trying to think of a Switch / life's a pitch pun. He was not successful. GameSpot was provided with a complimentary copy of the game for the purposes of this review. 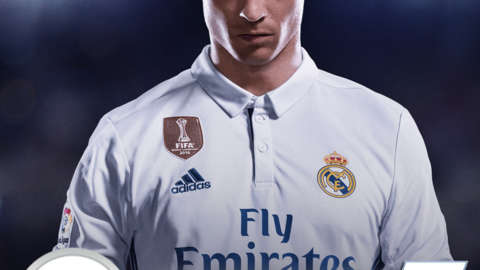 EA SPORTS FIFA 18 blurs the line between the virtual and real worlds, bringing to life the players, teams, and atmospheres of The World’s Game.