Being consistently good can bring its own problems. Among the highlight gameplay changes in this year's FIFA we have: better throw-ins, low driven shots, and the ability to control the ball from a long keeper kick. Welcome improvements, sure, but still, pity the guy making them sound exciting in the press release.

Maybe that's why FIFA 17, a football game that checks all the usual boxes you’d expect of an already successful annual sports title--trimming, tidying, domination by iteration--also throws in a more glamorous and unexpected addition: The Journey.

The Journey is a new story-based mode centering on Alex Hunter, a young player breaking into professional football. It’s built from a mix of gameplay, dialogue, and cutscenes, which depict Alex’s evolving relationships with his family and teammates and, ultimately, whether his talent is enough to kickstart a dream career.

It is, in other words, a football Cinderella story--and, as such, it marks a pleasant change from the relentless capitalism of FIFA’s monstrously successful Ultimate Team. FIFA already contains at least three modes life-consuming enough to take up 12 months of your spare time, and aside from an annual release schedule that demands a constant supply of newness, recapturing some of the hope and romance of football seems the only logical reason for The Journey to exist.

As for the mode itself, hope and romance are what it does best--convincing dramatics and RPG gameplay, not so much. Choice within The Journey is, in practice, pretty limited, outside of the initial opportunity to choose which Premier League side Hunter joins. Certain fixed plot points underpin the story. They happen no matter how you’re performing on the pitch or behaving off it--things like being sent out on loan, or Hunter’s childhood friend and teammate Gareth Walker being inexplicably awful to him the whole time.

Once you start leveling up, you can directly apply upgrade points to specific skills, enabling you to make Hunter exactly the sort of player you'd like him to be. But there's less flexibility in the dialogue choices offered during certain cutscenes and post-match interviews. These are clearly labeled--"fiery," "cool," "balanced"--and rather than leading individually to different opportunities or outcomes, these decisions are aggregated into a binary temperament gauge showing whether Hunter is hot-headed or sensible. This, in turn, has an effect on cosmetic things like how pleased your manager is with you or how many fans you have, but it doesn’t unlock any significant changes in events.

While lead actor Adetomiwa Edun (Merlin, Bates Motel) shines through the performance capture process to offer a vulnerable, determined Alex Hunter, The Journey still sounds the occasional awkward dramatic note. Interactions between characters can seem forced, like Alex’s dad storming away from an early game or your rivalry with Gareth. And sometimes the locations themselves (especially exteriors) are quiet and empty, giving the scenes an unreal, disconnected feel.

Speaking of unrealistic, sometimes the cost of mistakes seems unfeasibly high. At one point, Hunter was established in the first team at Tottenham Hotspur, and a red card led directly to him getting released from his contract despite the fact that he'd scored in the previous three games (requiring a return to the latest save). A talking-to or even a transfer listing might’ve worked here; to suggest a player scoring goals in the Premier League could find his contract canceled and career over because of a sending-off is bizarre.

And yet, for all that, The Journey captures something that the existing parts of FIFA never have. Despite its rough edges, there are moments here that deliver a kind of brute emotional force: the opening scene of Sunday morning boys’ football, which puts the cliched tale in a delicate context; a pitch-side camera’s view of Hunter’s first goal for the senior side, with his own delirious shout audible above the crowd; various quiet moments of triumph and failure with family. It lacks sophistication, but The Journey has something, and it succeeds in attaching an added emotional weight to your actions on the pitch.

It lacks sophistication, but The Journey has something, and it succeeds in attaching an added emotional weight to your actions on the pitch.

As for the rest of this year's update, FIFA 17 feels like a round of unglamorous but welcome housekeeping after the relatively thorough gameplay changes of last year. EA has touted the switch to the Frostbite engine, a change that will presumably pay off increasingly in future years. Right now, wide shots of stadiums look very pretty, especially at night and with mist hanging in the air. But elsewhere, you'd be hard pressed to spot the difference, and some locations in The Journey--offices, bedrooms, changing rooms--look a little flat and characterless.

The gameplay improvements this year are typified by much-needed tweaks but also feel like the kind of changes you only get around to when there's nothing really pressing to address. So now throw-ins can be dummied much like a faked shot, giving players a way to move defenders around and get a better chance of keeping possession. Free kicks and penalties have been freed up, so you can choose your angle of approach and charge your cross or shot much more like you would in regular play.

Physical play, too, has been refined so that holding the left trigger down is now the way to let the game know, in attack or defense, that you want your players to engage physically with the other team. It's a small tweak, but it’s one that removes some of the mystery surrounding jostling while defending and seems very useful for holding on to the ball while in possession, especially with sturdy midfielders like Mousa Dembele or Paul Pogba. Finally, the inclusion of low, driven shots adds an appreciable new wrinkle to offensive play. Nail the timing, and you're able to power efforts on goal low and accurately, finally ending the years-long, reality-defying rule that more power must equal more height.

Other welcome-but-non-revolutionary additions include multiplayer skill games--things like passing drills and small matches of two-on-two--which are so much fun that the loading screens for full matches now threaten to become the matches themselves. There’s also the fact that reality--or a small slice of it, at least--has been invited into Career mode. Your objectives in managing a club are now more specifically tailored to the club in question, and are divided into Domestic and Continental success, Brand Value, Finance, and Youth Development. Pick Tottenham, for example, and your club overlords will be less worried about European success than winning at home. Choose Manchester United, and you'll not only have high expectations in terms of winning trophies but also a global brand to sustain. It's a relatively simple way of removing the mode's previous one-size-fits-all feel while giving a sense of individuality to every playthrough. There's now a reason other than boredom to switch clubs or start a new career altogether.

This year's FIFA, then, can be fairly summarized as one big change that doesn't quite pay off, and lots of small ones that do.

Ultimate Team remains FIFA’s biggest draw, with EA choosing to add to rather than tinker with a winning formula. The most notable addition are Squad Building Challenges, which require players to construct sides with certain conditions--using only players of two different nationalities, or with a minimum chemistry level--and then submit them for rewards. It’s a very smart piece of design, not only giving players a use for the scores of bronze and silver players they’ll accrue over the course of a season (and that will never feature in a playing squad), but also making play of the subtle and sophisticated problem-solving that already underpins Ultimate Team’s systems.

This year's FIFA, then, can be fairly summarized as one big change that doesn't quite pay off, and lots of small ones that do. The Journey is engaging enough that it'll be interesting to see how it's developed next year, but right now, it's not the reason to buy FIFA 17. That remains a combination of still-excellent fundamental gameplay (on a par, at least, with Pro Evolution Soccer 2017's much-improved showing) and Ultimate Team, the game-above-the-game to which PES still has no serious answer. Put together with an improved Career mode and best-in-class presentation, and FIFA 17 is still out in front--even if its lead has been cut this year.

View Comments (236)
Back To Top
9
Superb
About GameSpot Reviews 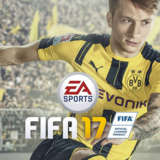 Nathan played FIFA 17 on Xbox One for nearly 20 hours and put three hours into a single manual passing tutorial that he still hasn't managed an A rating on yet. GameSpot was provided with a complimentary copy of the game for the purpose of this review.