Welcome to the highlight reel.

Perhaps more than ever, this year's FIFA comes down to the little details. If you played last season's game, then the visuals, game modes, on-pitch action, and means of interaction will be immediately familiar. As a result, the learning curve in FIFA 15 is almost nonexistent. What's different is the degree of style and elegance with which everything is executed, giving the game a sense of refinement that was lacking last season. If last year's game was a skeleton of what FIFA wanted to achieve over the course of this console generation, then consider FIFA 15 the first layer of meat on top of that.

Nowhere is this more obvious than with goalkeepers, whose new animations make them instantly more lifelike in terms of both look and behavior. Their movements are more diverse, allowing skilful players to perform a range of spectacular gymnastics in an effort to keep the ball out of the goal. More importantly, their movements hint at a keeper's basic thought processes, which does a great deal to humanise keepers and shake that feeling of playing against a pre-programmed machine.

If you're on goal and one-on-one with a keeper, it's not uncommon to see him initially rush out from between the posts and attack, only to decide that it's a bad idea and hightail it back to his line. Similarly, running out from the goal to punch or catch the ball from a corner results in lots of backtracking when a keeper realizes that either a friendly defender or opposition attacker is going to get to it first.

While these actions create a seemingly dynamic environment in which players act and interact with each other in absence of your direct input, they have little effect on the outcome of a match. There's a slight improvement in a keeper's ability to save long strikes, but they still tend to concede the same percentage of shots as last season; the overall impact on gameplay has been balanced in such a way so as not to disrupt the established difficulty of netting a goal.

That's no bad thing, though. FIFA has done a good job over the last half decade of avoiding regular instances of scorelines that look as though they belong to basketball or American football. To change such a thing now would be to change the nature of an incredibly popular series. Having said that, it's now somewhat easier to score the kind of goals that you'd expect to see in an end-of-season highlight reel. Goalkeepers might be that much better at stopping long shots, but truly outrageous efforts seem to find the twine more often than you'd reasonably expect.

Once the final whistle is blown, that's what FIFA 15 does: it makes you feel like a star.

On a number of occasions I scored goals from the edge of the centre circle, the ball zooming straight into the top corner with the precision of a guided missile or a Maradona handball. Arjen Robben and Yaya Toure seem to be especially adept at executing this kind of extravagance, with even missed shots coming back into play following a fumble by the keeper.

The formation and ideology of the team you're playing against makes a significant difference to whether you can score those ridiculous shots, though. On higher difficulty settings, AI teams drastically change their approach depending on the circumstances. If you're playing as Manchester City in a Premier League game against a Burnley side struggling to avoid relegation, then you're going to face a strategy designed to limit your time and space on the ball. In instances such as this, it becomes extremely difficult to get the likes of Yaya Toure into a position from which he can launch a deadly long-range strike, with Burnley's central midfielders working hard to fill the gaps and limit your options.

Being aware of these differences in approach throughout the game is important, because teams frequently adapt to the scoreline and the clock. If you're a goal up in the last few minutes, rival managers often tell their players to push forward and grab that equalising goal. Should you not be ready for these changes, or fail to adapt to them, then it's easy to be caught out.

Team management menus have been reworked so you can make these kinds of changes more quickly and easily, with big, bold icons being the design order of the day. It's much easier to assign different instructions to individual players, which gives you more flexibility when it comes to specifying which attacking players you want to drop back, or whether you want your striker to run in behind the defense.

You can also switch between basic counter-attacking, long-ball, and possession based schemes at the press of a button. The kinds of options available are in no way as exhaustive as in the likes of Football Manager, but they at least provide a simple means of having your players move in a way that suits your favoured style.

The goal is not to make you feel like a football manager or a central defender grinding out a tough one goal victory on a bitter winter night. That would be too realistic, and not exciting enough.

In truth, FIFA is such a mainstream proposition that tactical options of great depth and complexity would be counter-productive to what the series is trying to achieve. The goal with FIFA 15, as with almost every other FIFA game, is to replicate the most interesting parts of what you see on TV, hence the ability to score goals of sublime lavishness. The goal is not to make you feel like a football manager or a central defender grinding out a tough one-goal victory on a bitter winter night. That would be too realistic, and not exciting enough.

The supremely popular FIFA Ultimate Team mode shares this highlight reel feel, with star players now available on short loan periods for those times when you can't afford to purchase them outright. Rather than grind out those tough early victories using your team of journeyman footballers, you can now just loan the likes of Lionel Messi and Zlatan Ibrahimovic, immediately making you feel like the manager of a credible team.

If you're not interested in spending the time and money to build up a quality Ultimate Team squad, you can dive into Tournament Mode returns, which makes a welcome return in FIFA 15. There are a huge amount of tournaments on offer, with major competitions such as the English FA Cup and German Deutscher Pokal rubbing shoulders with comparative minnows like Mexico's Apertura and Norway's Braathens Cup. Licensing restrictions means international tournaments, such as the World Cup, European Championship, and Copa America are missing, which is a shame.

Career continues to be the deepest mode, allowing you to take on a role as a player or a manager. As manager your job revolves around winning trophies and building a working team, while as a player you need only worry about performing well enough to cement your place as a first-team regular. If you played career in FIFA 14 then you'll know what to expect here, with improved presentation and scouting options being the only real changes to the working formula.

Increasingly, however, FIFA is all about online play, and it's there that the focus on big shots and attacking football comes into its own. Scoring a sublime goal is all the more satisfying against a real human player, especially if that person is a friend you can taunt afterwards. The new consoles' video sharing ability means you can also share the moment with everyone else that you know online, whether they're interested or not. After all, nothing makes you feel more like a star than sharing your game winning goals on your parents' Facebook page.

Once the final whistle is blown, that's what FIFA 15 does best: it makes you feel like a star. Goalkeepers may appear more skilful, but spectacular goals are frequent enough to make you believe that you're incredible at defeating them. Tactical options have just the right amount of depth to allow you to change the course of a game and call yourself a genius for doing so, but not so much that you're at risk of confusing yourself. Ultimate Team still requires you to grind (or pay real cash) to put together a top team, but loaning in great players lets you perform magic instantly.

Such an approach might not have an enormous amount of depth, but that's not so much of an issue for a series that sees one core release every year. If you're looking for football that is exciting, exaggerated, and immensely entertaining, FIFA 15 is the game to get.

View Comments (222)
Back To Top
8
Great
About GameSpot Reviews 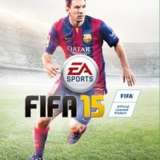 John has been playing FIFA since FIFA '96, a time when hair was bad, Giggs was young and Man City were relegated. For this review John accumulated some 25 hours of match time, finishing fifth in the Premier League with Liverpool and getting fired in the process. He was subsequently offered the Torino job. He rejected it. 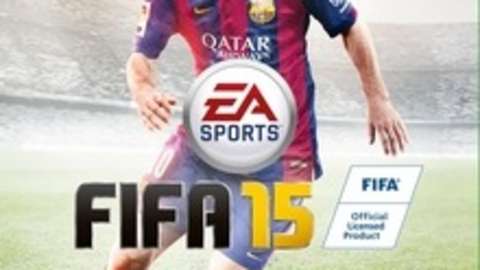 FIFA 15 brings football to life so fans can experience the emotion of the sport.