FIFA 10 offers the best gameplay in the series' history and includes even more features and game modes to boot.

UK REVIEW--EA Sports' FIFA series has improved dramatically over the last few years, finally bringing the gameplay up to the same standard as its glittering presentation. With FIFA 10, the developer has produced the best game in the series to date, thanks to incredibly fluid 360-degree player control, improved animation, and realistic opponent AI. This year's game also introduces a revitalised Manager mode and a brand-new Virtual Pro feature, allowing you to put yourself in the game and unlock new abilities across nearly every game mode. The result is an unparalleled game of football, whether you're playing a quick game with your mates or sitting in the manager's chair over several seasons. There are still some issues--the sheer number of options and game modes result in an overloaded menu system, while the ability to upgrade players in exchange for real cash is a worrying sign for the future of downloadable content. However, these small issues aside, FIFA 10 is without a doubt the best football game yet, and it's a package that no football fan will want to be without.

The gameplay hasn't been radically overhauled this year, but the tweaks and improvements really add depth to the game. The biggest new gameplay feature is 360-degree player control, which makes player movement much smoother than before. Previously, players were limited to an eight-way axis of movement--a throwback to the days before analogue control that saw them zigzagging across the pitch. In FIFA 10, they move much more naturally, since you're able to make finer tweaks to their runs and subtle alterations to their angles of attack. It's a change that really doesn't become apparent until you go back to FIFA 09 and compare the differences, but FIFA 10 possesses a fluidity that has been missing in all football games before it.

In addition to the new controls, the improved animations and more-intelligent AI banish the small but niggling problems with last year's game. The computer no longer has an unfair advantage winning the ball in the air. The goalies are superb, with an increased number of animation routines that result in more realistic saves. The players have an incredible sense of physicality, and the differences in stats such as height, weight, and fitness have never been so accurately represented. Players now deal with the ball in a more realistic way, moving to intercept a high ball and chesting it down, rather than waiting for it to land at their feet. In short, it's difficult to fault the gameplay in FIFA 10.

FIFA 09 added a lot of new game modes to the series, including Be a Pro, where you took a single player through a career. Be a Pro returns this year, but Virtual Pro builds on the idea by allowing you to create a player in your own likeness and then play him across a greater number of game modes. The customisation options are the same as they are in Be a Pro, but the big new feature is the ability to upload a digital photo of yourself and import your face onto your Virtual Pro player. Unfortunately, we were unable to get the GameFace feature working despite repeated attempts--the server reported errors on the PCs we tried, and this problem has been echoed by numerous users. The whole process seems unnecessarily complicated: you have to take a photo, upload it, and then manually map out features such as your nose and eyes on a computer.

Even though we didn't get to play with a photo-mapped version of ourselves, it didn't hamper our enjoyment of playing with a virtual pro. Once you've dropped your player into a team, he's in that team across nearly all game modes--local multiplayer, Manager mode, and even the practise arena. The only exception is the head-to-head online matches. Whenever you play with your virtual pro, he gradually improves physically while also unlocking new goal celebrations, tricks, and clothing. Your progress is mapped out in the form of a sticker book, with new stickers added for doing things like beating 50 players with skill moves. It's a great incentive to play as your virtual pro whenever possible, and while it’s practically impossible not to act favourably towards your avatar, you’re still rewarded for making accurate passes and setting up goals. More objectionable is that you can buy short-term upgrades for your virtual pro in the new FIFA Store--£1.59 turns your footballer into a "perfect footballing machine" for four matches, and you can buy similar short-term performance boosts for £0.59.

The Virtual Pro upgrades aren't the only problem with the new FIFA Store. Following on from the successful implementation of paid-for content such as Ultimate Team in FIFA 09, there are plenty of extras to buy in FIFA 10. Whereas FIFA 09 let users download one free Live Season update, they cost £3.99 per league in FIFA 10, or £7.99 for all six leagues. Thankfully, Live Season 2.0 is more comprehensive than before and lets you play out real-world league fixtures for your favourite teams on a weekly basis. You get one chance to win that week's game for your team, and as you progress, player transfers, injuries, and general form data are all upgraded automatically. On the downside, this mode replaces a very similar multiplayer mode called Interactive Leagues, so you now have to pay for a slightly improved version of a previously free mode. Thankfully, the FIFA Store does have one redeeming feature--you can download the Real Madrid Bernabéu Stadium for free.

The arena mode is still present, allowing you to practice whenever you're in the main menu, and it too has been improved for its FIFA 10 outing. You can practice moves using any player from the game in a variety of different stadiums, and you can also play out free kicks and even entire matches without having to sit through loading screens. The most significant addition to Arena mode, though, is the ability to create custom set pieces that can be activated from the D pad in any full-match mode. You have a great deal of control: set pieces can be taken from eight different places around the goal, and you can incorporate runs for up to nine different players. The amount of practice required to make your set pieces work means that this feature will ultimately be the domain of hardcore players, but intermediate players can still set up simple runs so that they can guarantee their strongest player is in the box when they want him.

Of all the existing game modes, Manager mode has received the biggest overhaul this year. There's a much greater focus on player development and transfers--you have to focus on individual player needs and be wise about when to play them. The international transfer market also means that there's more realistic competition when you're trying to scope new talent, and the scouting system is impressive for a non-dedicated management game. Thankfully, the game offers plenty of help for those who want it, but throw in sponsorship, staff demands, and player contract negotiations, and you have a game mode that offers significant depth and longevity. It also offers plenty of rewards if you're playing with a virtual pro, as well as substantial achievements for going the distance.

With so much packed into the game, it's no wonder that navigating all the modes and options can be a little daunting. The most popular game modes are easy to find, and you can jump into a multiplayer game quickly, but if you go further down the menu list, each mode has several options and sub-options. The game does a poor job of explaining the custom online leagues and how to create a Virtual Pro club with your friends, which is a shame, because they're daunting and complicated to set up and play. Thankfully, the new tutorials help newcomers learn the ropes, and they're in-depth enough to teach even advanced players some things they might not know. The overall presentation is as good as we've come to expect from the series, with great graphics, superb music, and a brilliant English commentary. The overly long in-game transitions have also been trimmed, which certainly improves the pace of online multiplayer games.

FIFA 10 is a high-caliber football game--it plays a fantastic game, offers a wealth of modes, and addresses every major fault from FIFA 09. The new 360-degree control in particular is a revelation, and while problems currently impacting the creation of Virtual Pro players are unfortunate, there's still a lot of fun to be had playing with them. FIFA 10 will be a tough act to follow for every football game released from this day forward, but rather than worry about that you should just be happy basking in the light of this sublime football experience. 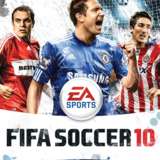