Unlike many other games for PSP, Field Commander seems like it was designed specifically to take advantage of this system's portable form factor. The fact that Field Commander is a turn-based military strategy game lends a lot to that fit, but it's also a game that easily stands on its own merits. Its fully 3D units and maps lend some amount of flash to the proceedings, but you'll find that the visuals are actually the weakest component of this well-balanced strategy game, which offers awesome value even outside of its engaging single-player campaign.

Field Commander's design is based around maps divided into squares of varying terrain types. Different types of terrain afford different bonuses or penalties to defense and movement. For example, mountains offer a high defensive bonus for units moving through them, but only air and infantry can traverse that type of terrain. Swamps have a defensive penalty and are impassable by wheeled vehicles, and they also slow tracked vehicles to a crawl. There are usually several key points of interest on Field Commander's wide variety of maps, including cities for generating income, factories and airports to pump out units, and special control rooms that allow the periodic use of a devastating attack. These control rooms are particularly interesting, letting you unleash attacks like air strikes to damage all units in a line, or a napalm strike that hits on a specific spot and then spawns a ring of fire around the epicenter that grows for a few turns, burning any forest and damaging any units caught in the blaze.

Many of the typical conventions of turn-based military games of this type are in full effect as far as the terrain goes. You can park vehicles on enemy-controlled factories to block the production of units, for example. But you'll also find that Field Commander offers fairly unique quirks of its own, like the ability for an air unit to occupy the same square as a land unit or ship. Perhaps what's more interesting is that terrain can be deformed by tank cannons and other explosive attacks. For example, you can command a tank to fire at a patch of dense forest and thin it out into a lightly wooded area. What was once passable only to infantry can then be traversed by vehicles. You can even shell an enemy-controlled "dense city" and reduce it to a smaller city type, which will diminish the income of your opponent. These types of tactics figure heavily into Field Commander's rich gameplay, as you can weigh the benefits and drawbacks of thinning out a dense forest to open up a second front of combat on a map.

Field Commander's units run the usual gamut of land, sea, and air units for games of this type. You'll control everything from standard infantry grunts to swift scout cycles to different types of tanks, helicopter gunships, battleships and submarines, and more. One of the more interesting units in the game is the special-ops commando. Armed with both a rifle and a mortar, special-ops commandos can effectively fight infantry up close, or hit vehicles from a distance. They can also lay mines on the battlefield, which is great for blocking off choke points like bridges. While all these abilities make it sound overpowered, the unit is still very fragile up close--so any vehicles that can get inside its minimum mortar range have no trouble tearing commandos to shreds. There are also some interesting vehicles too, like stealth tanks, which can go into camouflaged mode at the expense of greater fuel consumption. Their cannon is especially devastating to vehicles when it attacks while cloaked. There are also equivalent infantry and aircraft in the sniper and stealth fighter units.

The armies in Field Commander differentiate themselves depending on which division you're controlling. Each division offers its own strengths and weaknesses--some offer extra range on their units at the expense of vision radius. Some divisions have especially strong aircraft, but weaker land units. Other divisions are hampered by excess fuel consumption in exchange for greater strength. You'll unlock a number of different divisions over the course of the campaign, and depending on the mission, you'll find that the different divisions offer very tangible and significant modifiers to the gameplay. Each division also has special powers that can be unlocked and unleashed via a meter, which fills up as you destroy enemy units and lose your own. Some of these powers are quite creative, such as the "eject" power that lets you choose any air unit to crash-land, sacrificing it to damage the square it's on and all the adjacent ones as well, while spawning a half-damaged grunt unit in the vicinity.

All of these aspects come together in Field Commander's 30-mission campaign, which should keep most players busy for around 12 to 15 hours or more, depending on your familiarity with the genre and how long you deliberate on your moves. You'll take control of a commander in the ATLAS alliance, a band of nations fighting against a terrorist organization called Shadow Nation. Most of the missions simply require you to kill every enemy unit onscreen or to capture a headquarters, but the game does mix in a few convoy-escort missions or search-and-destroy missions in there. In general, the maps and missions are well designed and satisfying to play through, though not particularly difficult. Part of that relative ease stems from the maps being a bit on the small side for a game of this type, with many of them not exceeding 20-by-20 squares. There's also the fact that the artificial intelligence doesn't always exploit its advantages. While the computer is generally shrewd about using and placing the units it starts the match with, it doesn't manage its economy particularly well, often choosing to build lots of infantry or other cheap units instead of saving up for bigger vehicles when appropriate. It also never seems to deform the terrain to create new paths either, though it will ford rivers with infantry.

Still, Field Commander's campaign is fun and engaging to play through, and part of that stems from the excellent presentation. You'll get fully voiced briefings and debriefings to each campaign, including a wide array of different characters, like friendly commanders giving you advice, and enemy commanding officers trash-talking you. The voice acting isn't particularly great, but this is more than offset by the great music, as well as the sound effects from battle. Firing big cannons and hearing vehicles explode or ships sink is always satisfying, as is the death cry of an infantryman being gunned down. It's too bad that the game's visuals don't quite measure up to the audio. It's nice that everything on the maps, including the vehicles and the terrain, is in full 3D. The overhead camera drops to the level of the battlefield to show off a fight each time it happens, giving you a closer look at the action. The game even plays a nice cutscene each time you unleash a control room attack. The problem is that the 3D models of the vehicles don't look quite as good as you'd expect up close. Perhaps more importantly, it can be difficult at times to discern different vehicle types when you're looking at the overhead map.

Once you're done with the campaign and playing quick battles, you can take the fight to other players with Field Commander's vast array of multiplayer modes. Outside of hot swap and ad hoc head-to-head, online play is included, which lets you take on other commanders via Sony's online network. This might be one mode where the relative small size of Field Commander's maps might be a blessing, as the online matches are kept from extending to unmanageable lengths of time. If the prospect of spending up to an hour or more playing a match sounds daunting, the developers have thoughtfully included a "transmission" mode in the game, which is equivalent to the play-by-e-mail option of many PC turn-based strategy games. Each player takes a turn, and then submits the data to the server. The other player can log in and get that information at any time, either a minute later, hours later, or up to a day later. This makes for a more convenient way to play, as the other person doesn't have to be there, but matches can conceivably take hours, days, or longer, depending on how often each person logs in to take a turn. All these modes work pretty well, and an online ranking system is also available so you can see how you measure up against other field commanders. Perhaps the most exciting aspect of the online system is map-sharing, which lets you upload any missions you create with the game's mission editor online for other people to try.

Given everything Field Commander has to offer--a solid gameplay design, a good-sized campaign with an attractive presentation, and a multitude of options for multiplayer action and added content--the game is easy to recommend to any PSP owner looking for some turn-based strategy. Field Commander does bear a number of similarities to the Advance Wars games on Nintendo handhelds, but has enough going for it that it stands just fine on its own. The robust online component in particular gives Field Commander an edge over just about every other currently available handheld strategy game. 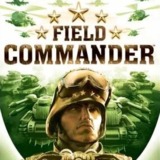 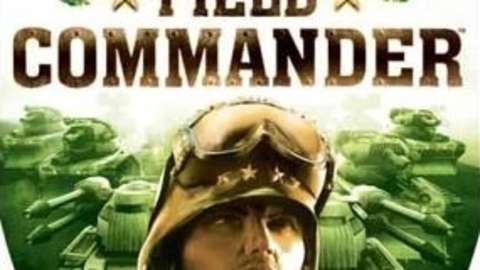