Ferrari F355 Challenge has weathered the test of time admirably, and though it's still a great racing game, it's no longer the world-beater that it originally was.

You'd think that a port of a three-year-old arcade game wouldn't stand the test of time very well, especially in the crowded and constantly improving driving-game genre. Remarkably, however, Ferrari F355 Challenge holds up admirably, and even though it's no longer the revolutionary racing simulator that it was three years ago, it's still an enjoyable game. Originally simply called F355 Challenge, the game was first released in arcades in 1999 and then was subsequently ported to the Dreamcast one year later. It was notable because, aside from its great graphics and realistic physics, the game actually taught you the mechanics of racing through the use of tutorials, driving aids, and a breakdown of your car's performance data after every race. F355 Challenge was clearly meant for experienced players, though it was completely accommodating to novice gamers who sought to better their driving skills. That same essence lives on in Ferrari F355 Challenge for the PlayStation 2.

Developed by AM2, Ferrari F355 Challenge is designer Yu Suzuki's video game tribute to the Italian prancing horse. Unlike other driving games, this one features but a single car--the Challenge version of the Ferrari F355 F1. Ferrari's Challenge program has been around since the days of the 348, and it is designed to give Ferrari owners a chance to test their mettle against their peers on professional racecourses. Even though the newer 360 Modena is the racecar of choice in Challenge races today, the only car that you'll race with and against in this game is the F355.

At its core, Ferrari F355 Challenge for the PlayStation 2 is similar to its Dreamcast predecessor. The game has the same 11 internationally recognized racetracks--Motegi, Suzuka, Suzuka short, Atlanta, Sugo, Monza, Fiorano, Sepang, Long Beach, Laguna Seca, and Nurburgring--that were featured in the earlier iteration of F355 Challenge, and if you haven't played the Dreamcast version in a while, you probably wouldn't notice any differences between the two games. They're certainly there, though you'll have to look hard to spot them. The biggest change is a completely revised interface that looks much slicker than the older one. From here, you can scroll horizontally between the game's different modes, the two most important of which are the arcade and championship options. The former of these two modes is a mirror image of the Dreamcast game's single-player mode, wherein you can race on any racetrack of your choosing, though all 11 tracks are available to you right away in the PlayStation 2 version, while you had to earn that particular privilege in the Dreamcast game. The championship mode, too, has also been slightly revised. Here, you'll race on only six of the game's 11 tracks, though the six are randomly chosen and change depending on the difficulty. On the easiest setting, you'll race across the game's simple tracks, like the ovals of Motegi and Atlanta, whereas you'll have to commit to multiple seasons, race against more-experienced drivers, and contend with more-technical courses like Laguna Seca and Suzuka on the harder settings.

One of the more noticeable differences between the two games is the addition of the "great driver challenge" mode, which is supposed to teach you how to "drive like a gentleman." Regardless of its silly name, this mode does a good job of using a points system as incentive to become a better racecar driver. Basically, it penalizes you for poor racing techniques like hitting another car or temporarily leaving the track, while rewarding you for doing things like overtaking opponents, drafting, drifting through corners, posting the fastest lap, and placing in the top three. As you earn points, you'll be able to move on to other tracks, and you'll also unlock pictures and movies of actual Challenge races, F355 cars, and other Ferrari events and memorabilia. There are a total of 39 pieces of unlockable media, and you can scroll through them in the gallery, which is yet another new addition to the PlayStation 2 version of Ferrari F355 Challenge. Other enhancements to the PlayStation 2 version include support for 16:9 TVs and the ability to play the game using Logitech's GT Force or Driving Force wheel and pedal combination.

Aside from that, Ferrari F355 Challenge for the PlayStation 2 is essentially unchanged from its Dreamcast cousin, and the in-game physics model of the F355 is as demanding as ever. As anyone who's played the arcade or Dreamcast versions of the game knows, there are three primary ways to drive each course: training, driving, and racing. The training mode is an absolute necessity when learning the intricacies of each track, because it displays the best driving line for that course and provides visual and audio warnings before every turn. Even seasoned veterans will find themselves returning to this mode to brush up on the best angle of approach for a particularly nasty chicane. The driving mode lets you take the skills learned in training and apply them on the racetrack without any of the indicators from the training mode. Yours is the only Ferrari on the track in this mode, and you're allowed to drive as many laps as you want in an attempt to continually improve your lap time. Once you've mastered driving solo on the track, you can choose to race seven other computer-controlled opponents, all of whom are driving an F355 Challenge similar to yours. Racing is no walk in the park--don't expect to launch to the front of the pack after the lights turn green. In fact, you'll rarely place first, unless you drive the track with absolute perfection, and even then, it's still a head-to-head sprint to the finish line. Interestingly enough, Sega has built minor variations into each of the F355s on the track to mimic real-world performance differences. You'll often find yourself gradually losing ground to some cars in straights, while slowly sneaking up on others.

This level of realism comes at a price, and novice players who are used to typical arcadelike driving games will be alienated by F355 Challenge's demanding physics. Conservative use of both the gas and brake pedals is a requirement if you hope to stay on the track, let alone be competitive. It's very easy to make your car break loose its rear tires, and once you lose traction, it's very difficult to get it back. Frankly, the only game with a more challenging physics model is probably Sierra's Grand Prix Legends for the PC. To accommodate more casual gamers, F355 Challenge has four assist systems that can be toggled at any time while driving. These assists are a great way to keep the car's temperamental demeanor in check, and they are made up of an intelligent braking system (IBS), traction control, stability control, and antilock brakes (ABS). Real-world F355s come equipped with antilock brakes and give their drivers the option to turn the traction and stability controls on and off. The game's IBS, however, is completely fictitious. This assist will basically do the braking for you, leaving you to worry only about steering and applying the throttle, and it is a great way to introduce drivers to new tracks. The other three options are all designed to keep wheel spin or lockup to a minimum, and they will activate automatically under heavy braking, hard cornering, and launching. As you become more familiar and comfortable with the car, you'll find yourself gradually turning these assists off, one at a time, until all buffers between you and the F355 have been removed.

Additionally, you even have the option of fiddling around with the front and rear ride height, the spring stiffness, the stabilizer stiffness, the camber angle, the wing angle, and the limited-slip differential lock rate of your car. And after every race, you can view a second-by-second breakdown of your performance through Ferrari F355 Challenge's data reply mode, which shows your car's speed, RPMs, and braking along every inch of the racetrack. These options are obviously meant for the appreciation of seasoned drivers, but they have the very real ability of teaching interested players how to improve their driving skills. The driving aids, training mode, data feedback, and car customization options will make you a better driver--or at least, a better driving-game player. That's what Ferrari F355 Challenge sets out to do, and it soundly accomplishes that task.

Gameplay aside, the game's graphics are also noteworthy for the simple reason that they too have stood the test of time rather well. Sega gave the game a few minor nips and tucks, like somewhat shinier cars and the addition of a third-person perspective while racing, though you'll find that the original first-person perspective is more suitable. The tracks are colorful and are faithful re-creations of their real-world counterparts, though they lack the sheer detail found in similar racing games today. The F355s, too, are lacking in total polygon count as compared to other cars in comparable driving games, though they don't look dated. The sound has remained completely unchanged and features the same menacing growl of the F355's high-revving V8 and the same loud though somewhat repetitive squealing sound of your tires. Likewise, the Sammy Hagar-inspired beats that play throughout each race are back in this PS2 version, though like in the Dreamcast game, you can turn the music off at any time. The only thing lost in the translation to the PlayStation 2 is the ability to upload lap times and play online, which was available in the Dreamcast game. For what it's worth, though, few people took advantage of that option at the time.

Ferrari F355 Challenge has weathered the test of time admirably, and though it's still a great racing game, it's no longer the world-beater that it originally was. Surprisingly, you'll find that the graphics hold up remarkably well, and the control, though at times frustrating, is as unforgiving and challenging as in the original. While there aren't enough new modes in the PlayStation 2 version to warrant a purchasing recommendation for owners of the Dreamcast game, driving-game enthusiasts who missed the original would do well to pick this one up. 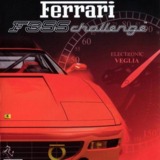 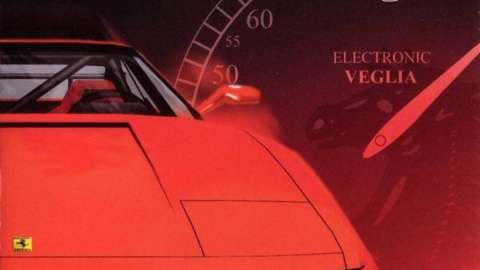 Ferrari F355 Challenge has weathered the test of time admirably, and though it's still a great racing game, it's no longer the world-beater that it originally was.