Much like Super Meat Boy and the many clones it's inspired, Fenix Rage is an intentionally difficult platformer that aims to reward more than infuriate. It's that extremely delicate balance between fun and frustration, though, that this subgenre often fails to deliver. This latest tough-as-nails take, however, hits the sweet spot more often than not, yielding level after level of sadistic satisfaction.

Like its player-punishing peers, Fenix Rage is laser-focused on gameplay, but painfully light on story. The titular protagonist--a superhero-ish creature that could pass for a sugary cereal's cartoon mascot--is tasked with taking down an evildoing dude that's wreaking havoc in his world. And that's about it.

The controls and objectives are similarly straightforward. Fenix must navigate increasingly hazardous stages by jumping and dashing. Thankfully, he possesses the power to do both of these things infinitely, resulting in the game's defining hook and most differentiating factor. Where similar games have you mastering more traditional platforming moves, such as running and double-jumping, Fenix Rage first asks you to relearn what many years of Super Mario Bros. have taught you.

Mastering the basics takes a bit of time--and many, many lives--but once you lock them down, the in-the-zone moments come fast and furious. It quickly becomes super-satisfying to blaze through and buzz around levels, dodging enemies and gathering collectibles as you go. The game never wants you to get too comfortable, of course, so new challenges, obstacles, enemies, and other life-siphoning elements are layered on as you progress through the 200-plus levels.

You need to play with fire to break through ice, for example, and, conversely, make friends with the frozen stuff to defy death beams; portals can pinball you around stages; and end-level objectives, as well as enemies, will similarly warp about to keep you on your toes. Boss encounters break up the more standard challenges (if you can even call them that), requiring you to call on varied strategies, from running like hell to inflicting damage with dash attacks.

Mastering the basics takes a bit of time--and many, many lives--but once you lock them down, the in-the-zone moments come fast and furious.

Ending up on the wrong side of any of these hazards brings instant death, something you can count on experiencing dozens and dozens of times during the game's most difficult stages. Lightning quick re-spawns alleviate most of the pain, but I would've also appreciated the option to skip the levels that threatened to spike my blood pressure beyond any doctor-recommended level, in the manner of 'Splosion Man.

While Fenix Rage generally tested my skill more than my sanity, it isn't totally void of infuriating moments. On top of not being able to bypass especially patience-trying stages, its later-level challenges sometimes rely too heavily on chaos over creativity; these areas are simply too cluttered with things that want to kill you, as well as those that require near-constant air-catching because there's no solid--or safe--ground below. Expect Flappy-Bird-levels of frustration.

Despite a few controller-chucking moments, I felt more rewarded than relieved upon completing the game's nefarious platforming challenges. Like the titles it takes its inspiration from, Fenix Rage is aimed at a very specific audience; if you're not part of the niche following that measures its fun in blistered thumbs, Fenix Rage won't bring you over to the dark side. That said, if you know what you're signing up for, you will appreciate the opportunity to prolong the pain in a variety of unlockable minigames and modified challenges, some of which are capable of crushing the soul of even the most hardened player. I'd still crown Super Meat Boy king of this genre, but thanks to inspired mechanics, variety-packed pacing, and satisfyingly steep challenges, Fenix Rage can proudly stand next to its protein-packed inspiration. 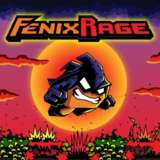 Matt appreciates the tough-but-fair challenges offered by Fenix Range and similar thumb-numbing platformers. His wife, who's picked up the pieces of one too many shattered controllers, would rather he just play Lego games with the kids. 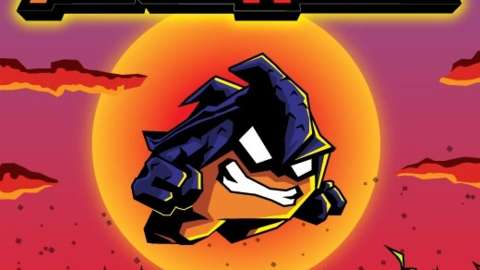 Fenix Rage is a stylish, aggravatingly addictive 2D platformer that will have gamers exclaim in frustration and exult in victory as they navigate through hundreds of palm-sweating levels to reach… a cookie?!