Felony 11-79 is full of good, dumb fun that's over far too quickly.

There's an interesting racing game subgenre that's starting to emerge, one that seems to take more from Roger Corman's classic cult film Death Race 2000 and Single Trac's Mortal-Kombat-in-cars Twisted Metal than Sega's Daytona or Namco's Ridge Racer. It's probably best referred to as the "moving violation" class, where body count takes precedence over time trials and property damage over pole position. The contenders so far include Interplay's Carmageddon (Death Race 2000 in all but name), DMA Design's self-explanatory Grand Theft Auto, and the first out the console gate, ASCII's Felony 11-79.

The title revolves around a mystical statue that's been broken into a dozen fragments and spread across three modern-day towns. Your character has been hired to retrieve the pieces by a wealthy so-and-so who has questionable plans for it. To do this, you must drive through three different areas (Downtown, several blocks of a Chinatown-esque setting; Sea Side, a stretch of road resembling the Pacific Coast highway; and Metro City, a congested Paris-like strip), picking up the items and making good on your getaway before the allotted time runs out.

Besides this main goal, you also try to wreak as much havoc as possible on your surroundings, without rendering your car totally inoperable. You are awarded monetary compensation for each fence, bicycle, telephone booth, or vehicle destroyed along the way, though admittedly the payoff seems more slanted toward owner karma than actual blue-book value. For example, demolishing a sports car will give you $10,000, while a minivan, cab, or police car will provide $15, $30, or $50,000, respectively. Unlike Interplay's Carmageddon, pedestrians are off-limits - though it's possible to chase them about, making them hop and scream to your heart's content. This Pulp Fiction-like moral gait is also reflected in the game's excellent Dick Dale-style surf rock soundtrack, that hip-gyrating, bad-boy music.

The game perspective within Felony can be toggled back and forth between a behind-the-car view and a first-person outlook, and the world you'll see isn't all that dissimilar to the third stage of Fox Interactive's Die Hard Trilogy. While adequate, the graphics aren't quite up to the standard set in DHT, as you can at times see that the building fronts are just that - 2D paper-thin walls with nothing but empty space behind them.

Yes, as you might imagine, Felony 11-79 is full of good, dumb fun. Unfortunately, it's over far too quickly. Even playing through with each of the four basic vehicles (Jeep, coupe, compact, and Vespa) and discovering the several hidden paths (an alleyway, subway, and through-mall shortcut), gamers can easily finish the title within two hours. Now, how well you drive your rides may open up one or more of the 18 hidden vehicles, which range from race car to police car to garbage truck to tank?!! Granted that's a lot of variety of control, speed, and armor, but I'd gladly trade at least 16 of them to have just one more track. Perhaps a better name for this title would be "Perfect Rental." 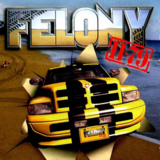 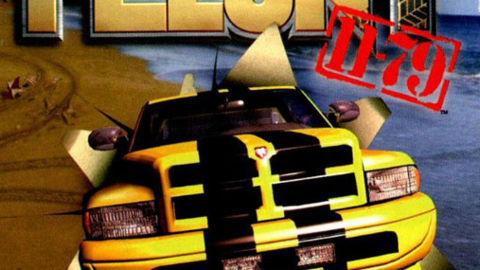 Felony 11-79 is full of good, dumb fun that's over far too quickly.