A tedious task of life-taking that doesn't surprise over time.

For an agent of the death, Felix is an oddly loveable goofball. He doesn’t wear a pitch-black cloak or brandish an ominous scythe, but his job is pretty much what you think it is. He inserts himself into everyday life, manipulating events from the shadows to execute a well-orchestrated plan of death. It’s grim work, but that doesn’t mean he can’t have fun while doing it. Felix cannot contain his love of music, treating each level as a dance floor as he shuffles, twirls and wobbles through them. Felix is charming, but that energy doesn’t translate over to the puzzles you have to solve.

As an employee of the Ministry of Death, your job as Felix is to set up the deaths of mortals on earth. These are multi-staged tasks, taking place over numerous levels contained in themed chapters that span various time periods. The first, taking place in a long-forgotten ice age, has you setting up the comedic death of a nomadic hunter by dropping a moose head on him and attracting the attention of his companion nearby, who doesn't hesitate to use a spear on his mistaken prey. Each death in Felix the Reaper hits an entertaining punchline, letting you witness all of your previous efforts unfold in a satisfying way. Just like the board game Mouse Trap, it's fun to see each individual piece of each puzzle link up, but it’s an absolute chore getting to that point.

Felix can only move around in shadows, so you primarily reposition objects to cast their shadows along paths you plan to take. You can shift the direction of the sun by 90 degrees at a time, too, bathing new areas in dangerous sunlight and opening up new paths for you to safely walk through. Most puzzles work this way, with you moving a specific object from one side of the level to the other and using an assortment of other objects to construct your path. It rarely deviates from this. Felix the Reaper shows its entire hand within the first handful of levels and never evolves further.

The formula grows tedious rather quickly. Getting to the end of a level isn’t rewarding but a relief as you look back at all the steps you had to take to get there. Felix the Reaper makes it clear that all of its puzzles can be solved in just a handful of moves (which you’ll need to do on subsequent replays if you want to unlock some bonus stages), but it dangles this fact in front of you like a cheeky taunt when you’ve spent the better half of an hour undoing mistakes move by move before you finally find the right combination of steps to succeed.

The culprit here is the inflexibility of the puzzles, which require extremely specific movements to solve. Sometimes this boils down to shifting an object one block at a time to carry a shadow with you as you go, which is bogged down by the same animations to pick up and place items. When you make a mistake it’s not immediately clear that you have, and when you eventually succumb to asking for a hint you’ll likely have to backtrack through your last few moves to reset your position and work towards the solution. Even with hints of where to place an item, there's no help in getting you there. And since there are specific steps you have to take, it can take a frustrating number of attempts to just set down one piece of a larger puzzle.

Control issues don’t make this any easier. Playing on a Nintendo Switch, I struggled to get comfortable with the camera controls, which would sometimes result in me losing my tiny mouse-like cursor from view entirely. There’s a button to re-center the cursor in the middle of the screen, thankfully, but it occurred far too frequently for me to ever feel confident in making quick moves, another requirement if you want to complete levels fast enough.

It’s a pity that actually solving Felix the Reaper’s puzzles is so unrewarding when it has so much character lovingly imbued into its presentation. Felix is never idle in a stage, always breaking out a dance move to the pulsating beats reverberating through his headphones. His ultimate goal is to eventually bump into the love of his life while out doing his job--she's a lingerie-clad agent of the Ministry of Life seeking to undo the very actions Felix is undertaking. It’s a strange but comical narrative layer that doesn’t serve much else beyond giving you a reason to hop from one chapter to the next, but it’s a setup that's so absurd that you can’t help but find it somewhat endearing.

Visually, Felix the Reaper is unique, too. The humans you eventually lead to their deaths are made up of strange shapes and sizes, with ghoulish scribbles for faces that emote in uncomfortable ways. It's not beautiful, per se, but it does establish a look and feel for the game that really makes it stand out. Felix’s marshmallow-like form complements his energetic dance moves well, animating with a kinetic motion that doesn’t wear over time. He reminds me a lot of Baymax from Big Hero 6 in this regard--he's fun to just watch in motion, and I desperately wanted to give him a hug when he was sad.

But there’s no amount of visual charm or dark humor in its violent deaths that make the effort of sticking with Felix the Reaper worth it. It’s a thoroughly enticing setting and premise that is misguided by puzzle mechanics that aren’t that aren't fun to play around with, and then fail to meaningfully build on their foundations in any way after that. Felix the Reaper might be able to drown out his surroundings with music, but that doesn't make his job any less mundane to perform.

View Comments (15)
Back To Top
5
Mediocre
About GameSpot Reviews 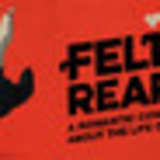 Spending eight hours across the main chapters, Alessandro learnt a few moves from Felix that he’s itching to try on his next night out. He also spent some additional time hunting bonus objectives for bonus stages. Code was provided by the publisher. 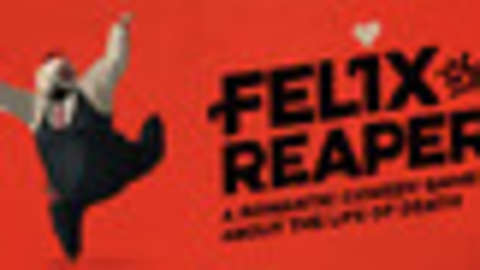 Felix The Reaper is a romantic comedy about the life of Death. It's brought to you as a 3D shadow manipulation puzzle adventure game of dance, dying people and dangerous love.