Ultimately, Feel the Magic winds up being more than the sum of its modest parts thanks to a winning combination of style and gameplay.

Over the years, Sega has managed to offer players some pretty unique experiences that have ranged from fighting aliens through dance to introducing the concept of the maraca as a game peripheral. If there's one thing Sega's development teams like, it's doing things a little differently. The latest case for such an argument is Feel the Magic: XY/XX, Sonic Team's launch title for the Nintendo DS that marries Sega's quirky innovation with the DS's unique dual display and touch-screen functionality. Essentially a collection of minigames tied together by the age-old story of unrequited love, Feel the Magic: XY/XX ends up providing an engaging experience that is more than the sum of its parts.

The most striking aspect of the game is its unique visual presentation, which uses a brightly colored art deco style with a '60s flair. The graphics are by no means cutting edge, but their flat-shaded look and smooth animation work well together. The story will play out through a mix of animated sequences and sequential still imagery that is well done but can be, on occasion, downright surreal. The clear audio complements the presentation with catchy go-go style music and clear voice samples that have a heavy Japanese influence. There isn't a whole lot to the game's audio, though.

The other appealing aspect is the unique gameplay, which uses just about everything the DS has to offer, with the exception of its wireless functionality. The story sequences will play out from the top to the bottom screen, primarily using still images but occasionally throwing in some moving bodies as well, just to keep things interesting. The gameplay makes exclusive use of the touch screen and the DS's stylus, since all the minigames require you to tap or rub the screen regularly. In addition, the game even makes use of the DS's built-in microphone both for gameplay and for fun, because some of the minigames require you to blow or speak into it. Furthermore, you can record a second and a half of your own voice to loop into its music, which is an interesting throwaway feature. Finally, the game even uses the DS's Game Boy Advance compatibility by reading GBA carts in the unit to then unlock some bonus content. Simply boot the game up with specific Sega GBA carts in it, and the game will automatically unlock something for you to use to customize one of the female characters in Feel the Magic.

So how does all the above gel into a proper game? Well, the simple story casts you in the role of a shy, ordinary boy who happens to see a comely lass on the streets. And faster than you can say "stalker," he instantly becomes smitten with her. From that point forward, your focus, and the focus of your adventure in the game, revolves around winning your special lady's affections in the face of all odds. Thankfully, you're inducted into the superperformance group The Rub Rabbits, whose shenanigans will surely win your lady's attentions. As everyone knows, the best way to win a woman's heart is to perform bizarre feats while wearing rabbit ears. A dramatic twist is thrown into the story when you find that you have a portly rival who is also eager for the object of your affections. However, rather than take your bizarre approach by dressing up like a rabbit and performing odd feats while stalking her, this guy just decides to express himself by kidnapping her. While this is admittedly not the best way to get a girl's attention, it certainly doesn't leave much room for misinterpretation.

Your time will then be spent working with The Rub Rabbits and doing all sorts of bizarre things to impress your lady while you also try to rescue her from your rival. Both actions require you to engage in fast-paced minigames that wouldn't be too out of place in a WarioWare offering. Your adventures will play out over 19 scenes in the story mode. These scenes let you play the various minigames that form the core of Feel the Magic's experience. In some cases, you'll be able to choose one from several minigames, including ones that let you engage in various "performances" with The Rub Rabbits. (However, in the case of boss fights, you'll actually be locked into specific minigames.) As you clear these performances, you'll earn "love points." And once you earn 100 of them, you'll advance to the next scene.

The minigames in Feel the Magic are an amusing--and, at times, goofy and even creepy--collection of tasks that make the most of the DS's dual screens. You'll be ushering goldfish out of a man's stomach, tapping rampaging bulls, guiding people away from a voracious ant lion, opening up skydivers' parachutes, holding hands with the object of your affection, spray painting a wall, helping your lady out of her clothes, and even administering some love CPR (which consists of poking her breast with the stylus and then blowing into the system's microphone), to name just a few tasks. Some of the games forgo the use of the touch screen input and require you to blow or speak into the DS's built-in microphone.

Yes, it's a wacky collection of activities, and ultimately, it's over far too soon. But thankfully, there's a bit more to the game than its single-player offering. So when you finish it the first time, you'll unlock hard mode, which lets you replay the story mode at a much more challenging level. The game also features another mode called memories, which collects the minigames you've cleared and lets you replay them. The twist is that the games become progressively harder. However, you're rewarded for your efforts in the form of stars that count toward unlocking content in the maniac mode. The maniac mode isn't really a gameplay mode per se, but rather, it's a place to dress up a female character who appears during the "break times" in the story mode, which offers a respite from the onscreen activity. You'll be able to toggle between different hairstyles, torsos, and legs on the character--once you unlock them--by playing through the memories mode. While most of the items are pretty standard, there are some special items you'll open up through more-unorthodox methods. The first item is discovered by locating hidden rabbits in the story portion. The happy bunnies are hidden at specific places on the touch screen, and they can be found by tapping on the right spot during the story sequences. The second method makes slick use of the DS's GBA compatibility by unlocking items in maniac mode based on the GBA cartridge you've inserted. It appears that eight GBA games unlock items. They include: Chu Chu Rocket, Sonic Advance 1-3, Sonic Pinball Party, Sonic Battle, Astro Boy: Omega Factor, and Space Channel 5: Ulala's Cosmic Attack.

Now, despite the rosy picture we've just painted, there are some issues with Feel the Magic: XY/XX that hold it back a bit. We've mentioned its length already (or lack thereof). While there is a fair chunk of extra content to unlock by replaying the various games, you'll likely blow through the story mode in a day. Additionally, some of the minigames are marred by technical issues that make them frustrating, such as questionable collision detection and twitchy stylus input. The repetitive nature of Feel the Magic may also be a turnoff for some as well. The audio consists of a modest collection of sound samples and tunes that can be loved or hated depending on how you're doing while playing. However, that said, it's testament to Feel the Magic: XY/XX's overall charm that it winds up offering an engaging experience that ends up being more than the sum of its parts. There is plenty of fun to be had in the game, and it's arguably one of the best showcases for the DS's unique capabilities. 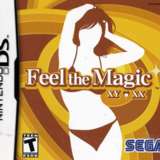 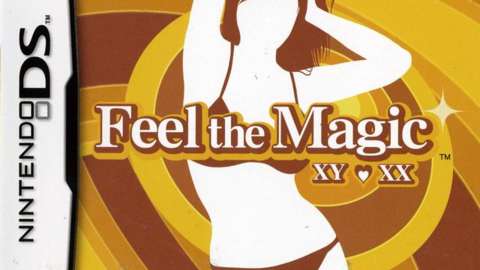 Ultimately, Feel the Magic winds up being more than the sum of its modest parts thanks to a winning combination of style and gameplay.