Let's see. Gloomy, industrial environments? Check. Armies of clone replica soldiers? Check. Plenty of "bullet time," slow-motion gunplay? Check. On paper, F.E.A.R. Perseus Mandate has everything that made its 2005 predecessor an atmospheric and fun shooter. However, the stand-alone Perseus Mandate is the second expansion for F.E.A.R., and it represents a bigger drop in quality and gameplay than its predecessor.

In the first two F.E.A.R games, you played as the same character, a mysterious "point man" who is part of a First Encounter Assault Recon team sent into a developing situation regarding an army of cloned soldiers, a military commander gone mad, and a lot of scary paranormal phenomenon. In Perseus Mandate, you play as a brand new character, though it's hard to tell the difference because you're simply the point man of a second F.E.A.R. team sent into a developing situation involving an army of cloned soldiers and scary paranormal phenomenon. You even have the same superfast reflexes that allow you to move so fast that it makes it seem that everything else has slowed down. It's an effect that's like Neo dodging bullets in The Matrix. The only real key changeup is that there's now an army of mercenaries that you have to fight.

Perseus Mandate's story parallels the events in the first two F.E.A.R. games. Basically, while all the chaos is erupting with the first team, a second team is sent in to recover some material that sheds light on Paxton Fettle and Alma, two of the central characters in the overarching story. However, mercenaries suddenly appear, trying to get the material first. Then, it's another chase through a seemingly endless industrial environment, battling hordes of clones, mercenaries, and corporate security guards along the way. And it wouldn't be a F.E.A.R. game if every now and then you didn't encounter some kind of weird, spooky moments, like seeing a ghostly visage in the corner of your eye.

To its credit, developer TimeGate has managed to design some of the best scary moments of the series to date, as well as some really cool sequences that would be very nice to see in a Japanese horror movie. Unfortunately, most of this good stuff is located in the latter half of the game, which means you have to slog your way through the really drab-looking and uninspired first half. It's so lackluster that it represents the nadir of the entire franchise.

The first half begins on an entirely off note, trying to render huge, open environments. However, the F.E.A.R. graphics engine has not aged gracefully at all. This is shocking considering that it's only a couple of years old, but it simply can't handle the task. The environments are so blocky and bland that they look like they'd fit in with a shooter from a decade ago. The gameplay is also frustrating because it seems the developers tried to amp up the difficulty level not by making the impressive artificial intelligence smarter, but by giving it crazily overpowered weapons. You'll be at full health and full armor, walk into a room then a second or two later, get killed. It's such a twitch game now that you pretty much have to use slow motion all the time to survive. Many of the cool AI behaviors and battles from the original F.E.A.R. are also gone.

There are some new toys to play with, such as deployable weapon turrets and a great new assault rifle with an IR sight, though they're relatively minor additions. The environments are also bigger and more vertical, though that's not necessarily a great thing because the engine can barely keep up with them.

It's also difficult to play this expansion without feeling that you're doing the exact same things that you've done countless times before, provided you played the first F.E.A.R. games. The series is in desperate need of some new ideas and a new graphics engine. There's nothing here to really draw action fans in, especially considering the number and quality of the latest first-person shooters. Perseus Mandate does feature a multiplayer suite that includes everything from the previous F.E.A.R. games. Of course, you don't need to even buy Perseus Mandate to play F.E.A.R. online because Sierra has made the series' multiplayer suite available for free in the form of F.E.A.R. Combat.

F.E.A.R. Perseus Mandate feels like a completely unnecessary trip to the well for Sierra, especially considering that series creator Monolith is already working on a proper sequel in the form of Project Origin. Only the most die-hard F.E.A.R. fans need apply; they'll likely appreciate the little story details that trickle out. If you've already played F.E.A.R., there's nothing really new here, and if you haven't played F.E.A.R., then check that game out instead. 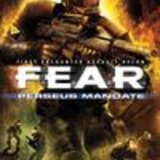 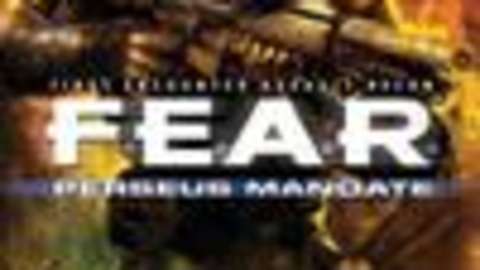 This is the second standalone storyline expansion to F.E.A.R. Discover the truth of the Perseus project.