F.E.A.R. Files serves up two stand-alone expansions for F.E.A.R., though one is definitely stronger than the other.

2005's F.E.A.R. for the PC was an excellent example of how to blend atmospheric horror and even more atmospheric gun battles together to make for a great first-person shooting experience. But when F.E.A.R. debuted on the Xbox 360 a year ago, 360 gamers didn't get the Extraction Point expansion that later appeared on the PC. Fast forward a year later, and a second expansion, Perseus Mandate, had also been released for the PC. Accordingly, Sierra has packaged both expansions together into F.E.A.R. Files, a stand-alone package for the Xbox 360.

Although you needn't have played F.E.A.R. to play F.E.A.R. Files, it will certainly help in your understanding of what's going on. In both expansions, you play as a member of the military's elite First Encounter Assault Recon team, which specializes in paranormal activity. As such, you're blessed with not only a prodigious loadout of weapons, but also superfast reflexes that let you enter a bullet-time slow-motion effect, much like in The Matrix. In the original game, you battled an army of clone soldiers and their mad commander in the fictional city of Auburn. Along the way, you encountered Alma, the ghost of a little girl, who is capable of killing anyone with her mind. As you'd expect, the events of the first game explain the nature of Alma as well as Paxton Fettle, the renegade military commander.

In Extraction Point, you return as the "point man" of the original game, and the action picks up immediately after the stunning climax of F.E.A.R. You find yourself once again deep in the city of Auburn, surrounded by an army of clone soldiers and spooky paranormal phenomena. But instead of trying to figure out what's going on, you're simply trying to battle your way out of the city. Extraction Point's plot is literally summed up by the phrase, "Get to the chopper." If you've played the original F.E.A.R., there's a bit of irony here, in that getting to a helicopter seems to be a recurring theme throughout the series. Regardless, it makes for a solid game because the firefights and visuals hold up.

However, there's a marked step down in quality when it comes to Perseus Mandate. The second F.E.A.R. expansion lets you play as a new character, but it's hard to tell the difference because you've got the same superfast reflexes as the first character, and you're seeing pretty much all of the same things that you've seen in F.E.A.R. and Extraction Point. That burden of sameness permeates the entire experience. But it gets worse when the gameplay in Perseus Mandate veers away from the cool firefights against cunning opponents to a more twitch-heavy style of action. You don't have to think on your feat as much as have lightning-fast and accurate reflexes. To make matters even worse, Perseus Mandate looks visually worse than Extraction Point and F.E.A.R., in that it offers up incredibly dull and in some cases primitive environments.

Aside from the two single-player campaigns, F.E.A.R. Files offers up an instant-action mode that lets you battle waves of computer-controlled opponents. Instant action is a bit like a time trail; you try to get through a level as fast as possible, and then upload your score to a leaderboard. There's also a full multiplayer option that offers the familiar modes such as deathmatch, team deathmatch, and capture the flag. The slow-motion ability also plays a role as a power-up that can be picked up and used by a single player. The downside is that the location of the slow-motion ability carrier is highlighted for everyone to see. Unfortunately, the multiplayer community isn't as active as it used to be, given that there are a ton of superior multiplayer games on Xbox Live now. So the bulk of F.E.A.R. Files gameplay is in its single-player components, which add up to about 10 to 12 hours of gameplay.

All in all, this is a solid package that appeals directly to Xbox 360 F.E.A.R. fans looking for more. Those who haven't played F.E.A.R. yet should check out that game first, though, because jumping directly into F.E.A.R. Files without playing the first game is sort of like starting a book or movie in the middle. 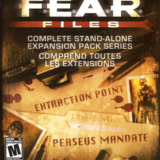 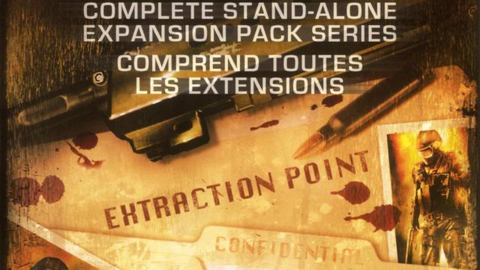 This is a bundle of the F.E.A.R. Perseus Mandate and F.E.A.R. Extraction Point add-on campaigns.