Nothing is more terrifying than the unknown. Unfortunately, F.E.A.R. 3 doesn't seem to grasp this, and it lays bare all the mysteries of this series of paranormal shooters, moving the story forward but stripping away its power to get inside your head and keep you up at night. But while F.E.A.R. 3 may disappoint as a horror game, it satisfies as a shooter. The campaign is good fun in single-player and especially enjoyable when played cooperatively with a friend. And the game's multiplayer modes present some thrills for those willing to work with others to survive.

F.E.A.R. 3 follows hot on the heels of F.E.A.R. 2's startling conclusion, but returns us to the protagonist of the original F.E.A.R., the genetically designed supersoldier known as Point Man. The events at the end of F.E.A.R. 2 have triggered a paranormal catastrophe of biblical proportions in the city of Fairport, and Point Man is eager to make his way there and help out a former squadmate caught up in the chaos. Point Man's not alone, though. His homicidal brother, Paxton Fettel, is along for the ride. Point Man may have put a bullet in his brother's brain in F.E.A.R., but Fettel isn't about to let a little thing like being dead keep him down. The brothers form an uneasy alliance, but despite the tension between them, the story progresses predictably. There's a pleasant sense of closure that goes with seeing the brothers confront the painful reality of their shared past, but there aren't any surprises or scares that will stay with you once the story has run its course. The visuals also won't work their way into your subconscious. F.E.A.R. 3's graphics are plain and lag behind current standards. As a result, the creepy living rooms, city streets, and food courts you fight your way through aren't quite as creepy as they should be; the environments lack the convincing level of detail to fully pull you in. The sounds are more effective; the loud blasts of gunfire heighten the intensity of firefights, and the ethereal wails that accompany ghostly visions may unsettle you a bit, even if the sight of them doesn't.

Point Man and Paxton Fettel are both playable, but when tackling the campaign alone, you must first play each stage as Point Man to unlock the option to play it as Fettel. Regardless of which character you're playing as, F.E.A.R. 3 is, at its core, a corridor shooter that shuttles you from one small area to another and sees you constantly beset by groups of enemies. Although the core action doesn't evolve much over the course of the game, the firefights remain exciting. The assortment of pistols, shotguns, assault rifles, and other weapons you can employ feel powerful, and the smooth controls make aiming and shooting a pleasure. And your melee attacks, which include a sliding kick that can send enemies flying like rag dolls, make it fun to sometimes forgo the use of guns and charge your enemies.

Most of your time is spent fighting soldiers in the private army of the evil Armacham corporation, and these enemies keep you on your toes by flanking your position, though they also occasionally do dumb things like get stuck while coming down stairs. All of the areas in which shoot-outs take place provide ample opportunities for cover, but a lot of cover is destructible, and it's a thrill to frantically dash from one position to another as your cover is blown to smithereens. F.E.A.R. 3 prevents the shoot-outs from growing tiresome by providing atmospheric periods between firefights. For instance, a few quiet minutes spent making your way through a defiled superstore build up the tension before the bullets start flying. And although Point Man and Paxton are figurative killing machines, the occasional opportunity to take control of a literal killing machine and make things very unpleasant for your adversaries is a lot of fun. At a few points during the campaign, you can commandeer two types of armored power suits. These powerful, lumbering contraptions make the assaults of Armacham soldiers laughable, and shooting helicopters out of the sky from inside one of these machines is a delicious taste of destructive power.

As Point Man, you have an edge in battle courtesy of your unnaturally fast reflexes. These let you trigger slow motion for brief periods, making it much easier to line up that perfect headshot or deal with an overwhelming number of assailants. There's nothing novel about the ability to go into slow motion in shooters anymore, but it's still cool to see the air vibrate in the wake of a speeding bullet that whizzes past your head or to watch as what's left of an enemy explodes in a bloody mess. Paxton lacks his brother's heightened reflexes but makes up for it with other talents. As a specter, he can't pick up guns (though he's still vulnerable to bullets), but he can suspend enemies helplessly in the air and fire deadly blasts of energy from his hand. He can also take possession of soldiers even from significant distances, and it's liberating to zap into the body of an enemy from across the room. A meter drains while you inhabit a body, and if it runs out, you're returned to spectral form. But enemies you kill leave behind psychic energy that you can use to refill your meter and prolong your possession time, encouraging you to take risks and not hide behind cover for too long.

Paxton's abilities are enjoyable to use in single-player, but it's when you tackle the campaign cooperatively that they really shine. The player controlling Paxton can suspend enemies in the air while Point Man pumps bullets into them. Paxton can zoom into the body of a distant enemy to flank a group of foes, and then Point Man can trigger slow motion and attack from the front. The constant opportunity to make a coordinated use of the brothers' complementary powers makes working with a partner a joy and distinguishes this game's cooperative play from that of many shooters in which all players have the same abilities.

F.E.A.R. 3 also has four multiplayer modes for up to four players. Soul King is a competitive mode in which players start in specter form. You take possession of soldiers and collect souls from fallen enemies, and the player with the most souls is declared the victor when time runs out. Players lose half their collected souls when killed, so scores can change suddenly even in the final seconds, which means that even those with a decent lead over their competitors shouldn't get too comfortable. In Soul Survivor, one player is corrupted into a specter at the beginning of the match, and that player sets out to corrupt the others, while the human players work together to survive. Both of these modes offer some quick thrills but aren't likely to keep you coming back for long.

In Contractions, you and your fellow players work together to survive against wave after wave of increasingly powerful enemies. Each map has a stronghold in the center, and between waves, players can either repair damaged barricades on the structure or venture out into the surrounding area to grab crates and return them to the base, providing weapons and ammo for future waves. The necessity of rebuilding and stocking up during the brief time between waves encourages teams to communicate well and devise a strategy for survival, and as the situation grows increasingly dire in later waves, this mode becomes more and more suspenseful. The most unusual of all the multiplayer modes is F***ing Run, in which you must hurry through areas while enemies attack you and a towering wall of death pursues you from behind. The wall moves quickly, leaving you no time to dillydally, and if any one player comes in contact with the wall, the mode comes to an end for all players. As the wall gets closer, the screen goes gray and the controller vibrates wildly, and because the stakes are so high, the prospect of being swallowed up by the wall is one of the most pulse-pounding positions F.E.A.R. 3 places you in.

In the end, F.E.A.R. 3's campaign doesn't quite excel. There are few surprises or standout moments, and those who remember the relentlessly creepy atmosphere and edge-of-your-seat scares of the original F.E.A.R. may lament the fact that this game feels like a military shooter with light horror elements. But although F.E.A.R. 3 won't terrify you or leave you gasping for more, it's a solid shooter that satisfies from start to finish. 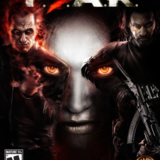 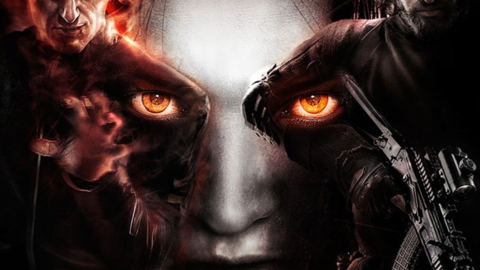