All in all, the game is still quite fun, despite the graphical letdown.

Due to the ease of compatibility of its hardware (the hardware's cartridge format made game swapping a breeze), SNK has long been entrenched as the arcade kings of bowling alleys, Laundromats, and roadside diners. SNK has made a substantial name for itself with its 2D Neo Geo games. Because these games are much cheaper to produce and distribute than their competition, and they fit into the same convenient cabinet, you could go to the most remote regions of the country and still expect to find a Samurai Shodown, King of Fighters, or Fatal Fury game hidden somewhere in the town. Conversely, you would be hard-pressed to find even the smallest minority of gamers with a Neo Geo cartridge, CD, or CDZ system in their homes, due to the cost, limited amount of games, and extremely limited supply. As a result, SNK has made a habit of porting its games to "competing" consoles like the Saturn and PlayStation. While the Saturn has had the benefit of the better ports, due to RAM cartridge enhancements, the PlayStation has suffered from hacked-up conversions (due to lack of RAM mainly) that could not hope to duplicate arcade quality. When SNK announced its Hyper Neo Geo 64 arcade hardware, fighting fans across the globe drooled in anticipation of all those great SNK fighting games (among others) making the leap into full 3D. Unfortunately, the first fruit of that effort, Samurai Spirits 64, was not what you would call an unmitigated success. The gameplay was slow, the graphics looked no more spectacular than your average PlayStation game, and it suffered from severe slowdown. Lost in the fray were some well-designed characters. Part 2 corrected much of these problems, but not enough to turn the world on its ear. No wonder SNK decided to keep the King of Fighters franchise in 2D for the foreseeable future.

SNK's second attempt to transform a 2D franchise into a 3D powerhouse, however, came with the arrival of Fatal Fury: Wild Ambition. Opening the game is a good and lengthy CG-rendered introduction that reveals the origin of Terry Bogard's hate for the Fatal Fury boss-man, Geese Howard. After the intro fades, the joy momentarily grinds to a halt as you load up a fighting game packed to the gills with irony.

The gameplay in Wild Ambition is actually as responsive as you might expect from an SNK title. While the animation might seem choppier than its 2D counterparts, and the response times feel different, the control is actually very good. For the first time you can battle with Fatal Fury favorites Terry, Andy, Mai Shiranui, Joe Higashi, Billy Kane and the rest of the FF crew in full 3D. Even Duck King and Mr. Karate appear as hidden characters. While the game is in 2D, primarily, Wild Ambition does make concessions to the 3D environment. Unlike Fatal Fury's past, the option to sidestep into the foreground and background is handled differently here. Defaulted to the triangle button is a "shift" command that lets your character roll into or out of the background, allowing players to dodge attacks. While nothing revolutionary, this actually can be effective and isn't some useless add-on like it was in Koei's Dynasty Warriors. In the matter of offense, there is plenty to use in the course of pummeling your opponent. The key to your success in Wild Ambition is watching your heat gauge. With each successful attack your heat gauge rises. When the gauge is full you can unleash a heat blow, which does a bit more damage than the usual attacks. If you successfully land the heat blow, your opponent will be momentarily stunned, giving you an opportunity to tack on a couple extra smacks. You may also execute a "super special skill" or an overdrive attack, which are even more powerful than the heat blows. Should your heat gauge reduce to zero because of too many hits received, your character will become stunned. Also added are air recoveries and easier counterattacks. It's a good thing the gameplay is competent because the graphics are a huge let down. While this is the least important aspect of the game, since everything else is handled so well, it's a shame that the graphics and sound are so poor.While the recently released King of Fighters Dream Match 1999 for the Dreamcast features the same old 2D characters, fighting in a pseudo-3D backdrop, Fatal Fury: WA features 3D characters dishing it out against completely flat, 2D backgrounds. Large 2D bitmaps scroll independent of the grainy floor textures as if they had nothing to do with each other. In fact, the odd thing is that the 2D backgrounds are considerably less detailed than SNK's usual backdrops. If this is any indication of the level of quality expected in Hyper Neo Geo to PlayStation ports, perhaps SNK ought just to skip them. Wild Ambition is one of the poorest efforts in a fifth-generation PlayStation title to date. Not even remotely approaching the level of visual quality as, say, Street Fighter EX, and seeming more at the level of quality found in Fighter Maker, Wild Ambition's characters are blocky and pixelated. They aren't light sourced and they're prone to polygonal glitching. The "special" effects are also pixelated, and they make little, if any, use of the PlayStation's transparency effects. The high points of the game are when a character executes a special hold attack and the camera switches to a dynamic perspective, kind of like Rival Schools - but it isn't nearly as good. The sound is also very rough, with the announcer's voice sounding like he's reading through a phone book. Sound effects are stock quality and seem recorded in mono at a fairly low frequency, as are the character voices. The music recorded for the CG intro is quite nice and sets the mood well for the game.

As far as options are concerned, there is little else beyond the arcade, versus, and practice modes. There are character profiles and stat tracking, as well as a movie viewer that lets you watch the opening movie along with all the little cutscenes peppered throughout the game.

All in all, the game is still quite fun, despite the graphical letdown. While the gameplay is in place, it is rather underwhelming. You really need to be a fan of the Fatal Fury series to appreciate this game since the casual passerby would be so much better off with Tekken 3 or even Zero Divide for that matter. Let's hope SNK's Naomi-based games fare better. 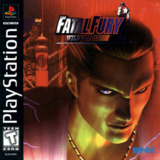 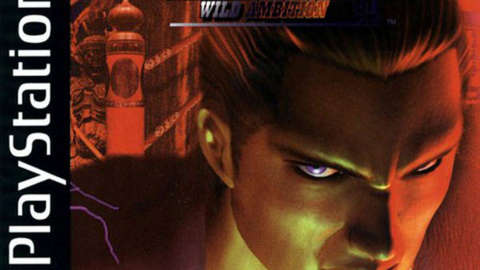 All in all, the game is still quite fun, despite the graphical letdown.