If games such as Silent Hill and Resident Evil interest you, this should be right up your alley.

Tecmo's Fatal Frame is one of those "alternative" survival horror games, falling in the same category as games such as D2 and Illbleed. Developed in-house at Tecmo by the team responsible for the acclaimed Deception series, Fatal Frame does manage to stand a good bit higher than its offbeat kin. The game is quite stylish, and it's built around a set of interesting game mechanics, which make many of its sequences quite enjoyable. Most of these revolve around the combat system, which essentially lets you "kill" ghosts by taking pictures of them with your magical camera. Despite how silly this might sound, though, Fatal Frame, like most horror games, takes itself very seriously. Its narrative revolves around mysterious disappearances, ritual sacrifices, and restless spirits, all of which are presented to you in a straight-faced manner. It's par for the course, given the genre, though you'll honestly find some sequences rather creepy. Novel gameplay elements and decently conceived story aside, however, Fatal Frame doesn't stray too far from the things that have traditionally held back survival horror games--specifically formulaic, repetitive puzzles and more backtracking than you can stand.

The story behind it all is as follows: A young girl named Miku Hinasaki has ventured into the mysterious Himuro Mansion, the last known whereabouts of her missing older brother, Mafuyu. Mafuyu had ventured inside to investigate the mysterious disappearance of a certain renowned author named Junsei Takamine, who is Mafuyu's idol. Takamine's aim was to study the mansion's mysterious and bloody history, and, as you've imagined, neither him nor any of the members of his research team have been heard from since. You take the role of Miku, who, in the search for her brother, manages to learn all about the craziness going on at the Himuro Mansion and find out a bit more about Takamine and company than she probably wants to know. You get to play as Mafuyu in the game's introductory sequence, and this is a pretty interesting touch. The lengthy sequence--which serves the double purpose of a tutorial for the game's basic mechanics--is rendered in noisy black and white, and the look is quite impressive.

If you've played any modern horror game, Fatal Frame's layout and perspective will feel instantly familiar. Through a series of fixed (though often dynamically so) camera angles, you'll get to explore the confined interiors of Himuro Mansion, as well as its shadowy grounds. You interact with objects by standing near them and pressing the X button, which usually has you examining them, though when you're holding a "key" object, you'll be given the option of using it. Thankfully, the controls are fully 3D, so you won't have to deal with Resident Evil-style pivot-and-move mechanics; you simply point in your desired direction, and off you go. All of this changes quite radically once you engage in combat, however, and the battles easily comprise the game's most inspired and interesting sequences.

Since you're dealing with ghosts, it's logical to assume that shooting them with a camera will vaporize them into nonexistence. But if you don't follow this logic, you're not alone. Given how much fun Fatal Frame makes this seem like, though, you probably won't care a great deal. Basically, hitting the circle button on the PS2 pad will cause you to switch into camera mode, which is essentially a first-person view from your camera's viewfinder. When in combat, you simply have to target ghosts with your viewfinder and snap shots to damage them. The longer you hold the ghosts in your reticle, the more damage you'll do, and this is indicated by a series of runes on the interface--runes that gradually light up as you maintain "lock." Of course, as you're doing this, the ghosts will attempt to advance upon you, so you should expect to regularly snap out of camera view to put some space between you and your enemies. You are able to move while in camera view by means of the right stick, and, while this is pretty useful when it comes to inching away from enemies as you shoot them, you'll find that a full run is necessary to outsmart some of the quicker ghosts. Honestly, though, combat in Fatal Frame is at its best when you don't have to deal with any of this; the shift in perspective is pretty jarring, given the engine's fixed-camera nature. When required to do so, you'll often find yourself running into walls and backing directly into ghosts, among other similarly unpleasant things. Still, when at its best, the combat is tight and tense, not to mention nicely absurd.

There's a decent amount of depth to the combat system. Different types of film will do differing amounts of damage, and as you defeat ghosts throughout the mansion, you'll gain "spirit power," which can translate to experience points--the more you get, the more you'll get to upgrade your camera, making it more effective in terms of speed, power, and range, as well as granting it access to special secondary powers. These include the ability to automatically track ghosts in the viewfinder, push them away from you with a shot, or paralyze them outright, among other things.

Your camera also serves as a porthole into another dimension. You'll use it to peer at mysterious objects in the environments, which, more often than not, serve as the springboards for the game's puzzles. Whenever you're in the proximity of such an object, your controller will rumble, and a light on the game's interface will begin to glow. Both become more intense the closer you get, so zeroing in on the source of the weirdness is a relatively simple matter. Usually, you'll have to snap a picture of the object in question to trigger whatever it is that was mapped to it. In most cases, locked doors will reveal the locations of their keys, to which you must tread before you're allowed to proceed.

Unfortunately, too often, these locations are places to which you've previously traveled--and, on several instances, several times before. Though this sort of thing has become commonplace in these sorts of games, it's hard to argue that going through the game often feels like little more than an exercise in tedium. One thing that Fatal Frame has going for it in this regard is that its environments are fairly varied, and they look distinct enough from one another to keep this from being torturous. Unfortunately, the same thing can't be said about the game's puzzles. A few of them are interesting in concept; you'll gain clues from a variety of sources, including the aforementioned spectral photos, and from things like audiocassettes (which you can actually listen to), diaries, news clippings, and ancient, religious texts. Piecing together clues by poring through various documents is something that could have been pretty interesting, but unfortunately, it was something that wasn't ever fully realized in Fatal Frame, despite there being elements in the game that lead you to believe it would. Also, the fact you have to refer to collected documents during certain puzzles--despite the fact that there's no feature that lets you access them while on the puzzle screen--makes things more difficult than they have to be. One certain recurring puzzle, which was designed heavily around certain Japanese numerical characters, will have you reaching for a pad and pencil soon after you first encounter it. So be prepared.

But regardless of whether or not you appreciate the pacing of the puzzles, the game's visuals will certainly impress you. They aren't necessarily technically marvelous, per se--in fact, some of the outdoor areas look kind of questionable in many ways. Rather, the design of the environments, the look and style of the characters, and the feel of the game's various interfaces are all very well done. The camera view is suitably baroque and worn, and the mansion itself really feels haunted. The few living characters you encounter are well designed, and they look and dress like real people. On the other hand, the ghosts could have been much cooler looking, but the effect that Tecmo was shooting for seems to have been achieved. The ghosts you'll encounter usually take the form of humans in varying states of torture and misery; their bodies will often be positioned in impossible, painful positions, and they'll flicker in and out of existence quite believably. On the minus side, some of the textures--when you're actually able to examine them closely--look pretty bad, and some of the particle effects look pretty rough. Still, these are all slight nitpicks in a presentation that is nice overall.

The sound production is great. When you approach magically imbued objects, they'll hum with supernatural energy, and ghosts will utter all sorts of blasphemies in your ears as they strike at you. Everything was composed with more of an atmospheric bent, though, so the music is pretty insubstantial most of the time. It's pretty suitable, though, as the game's mood is pretty intense enough to begin with.

As far as horror-themed games go, Fatal Frame is one of the most interesting--in regard to its premise and the way it plays--to surface in a while. The game itself is as long as most of its ilk, but quite a few options are unlocked when you play through it the first time--options that make it a little more fun to play through a second. If games such as Silent Hill and Resident Evil interest you, this should be right up your alley. 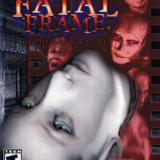 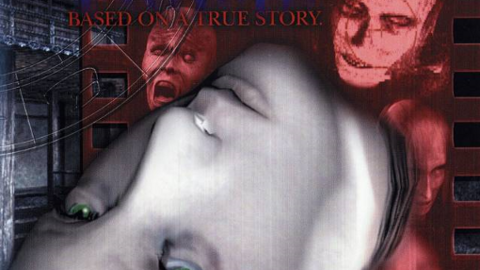 If games such as Silent Hill and Resident Evil interest you, this should be right up your alley.