This is either the most challenging game of the decade or one of the mostflawed games of the year.

At first glance, Fatal Abyss from SegaSoft and developer HumanSoft has a lot going for it. This underwater action game has a cool premise, slick graphics, and the prospect of solid gameplay. But after you sidle up to the controls of this puppy and test your mettle in a chaotic undersea shoot-em-up, you'll quickly learn that this is either the most challenging game of the decade or one of the most flawed games of the year.

The setting is the near future. Scientists have discovered a new energy source called Bacteria 241, which can only be found on the ocean floor. In their efforts to harvest and refine this substance, Eco Systems runs into resistance from a piratical group known as Proteus Tech. So, in a desperate struggle for control of Bacteria 241, these two groups battle tooth and nail beneath the waves.

Fatal Abyss offers 24 missions in all, and it would appear that these are split evenly between the two sides. So if you play on the side of Eco Systems, you'll fight through 12 missions, and if you play on the side of Proteus Tech, you'll fight through 12 mirror-image missions. Of course, this is merely a theory, since I was unable to complete even one-quarter of the missions in the game (but for those few, the theory held true...).

The mission structure is much like you'll find in a Wing Commander title, while the actual gameplay reminded me more of Descent II than anything else. You move forward and back in spurts, with your velocity normalizing to zero whenever you release the control. Also, you slide up, down, left, and right while moving, and in general the weapons are similar to those in the Descent series (excluding Freespace, of course). The difference between Fatal Abyss and these other games, however, is that SegaSoft's sub game is unbelievably difficult. It could be that the controls are far too sensitive (they are, and they're not adjustable). Maybe it's because the AI-controlled subs are faster, more maneuverable, and incredibly accurate in their shooting (they are, and I hate them all). Quite possibly, the missions become too hard too quickly (they do), with no "grace period" for you to learn the controls and the intricacies of the game. Or it could be that the game just needs a tutorial mode (and how). Imagine how frustrating any one of these things would be in an otherwise impressive game - then try to imagine what it would be like if a game suffered from all of these problems.

It's a shame, really, because this game had some serious potential. The graphics look great, for starters. There's none of that bright and airy undersea crap in this game; it's dark and murky like it oughta be. Your sub's headlights - and those of your foes - come piercing through the darkness in appropriately eerie fashion. The weapon effects are fairly spectacular, and the bubble trails left behind by torpedoes and subs are downright breathtaking - a masterful touch by HumanSoft. The maps aren't anything to shout about, being rather plain and sparse, but they're decent, and they look enough like an ocean floor to be convincing.

The music is extremely well done, and the moody beat of most tunes reminded me of the classic MechWarrior 2 soundtrack. The sound effects are also very impressive, though again I wish the game offered a tutorial so that you could learn what each sound actually meant before entering combat. Some effects that indicate damage and danger sound a bit too harmless. As a result, I often heard the last-resort warning of "critical damage" when I thought I was in fine shape.

Multiplayer options are decent, with IPX support for up to 16 players. The game is also available over Heat.net.

Overall, Fatal Abyss is rather disappointing. There is so much potential in this game, but its only hope is if HumanSoft and SegaSoft address some of the critical flaws with a patch (or several). With a somewhat less fiendish difficulty level and mission structure, Fatal Abyss could become a very good game indeed. 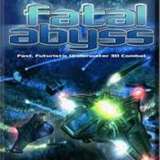 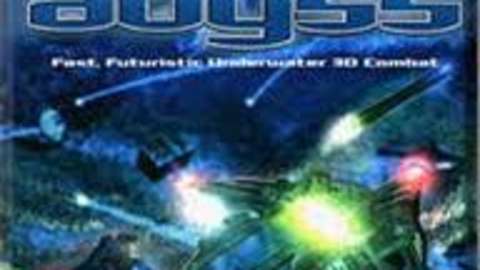 This is either the most challenging game of the decade or one of the mostflawed games of the year.