Far Cry Instincts was one of the best games released on the Xbox last year, and it didn't take long for Ubisoft and developer Ubisoft Montreal to churn out Far Cry Instincts Evolution, an all-new Jack Carver adventure. Don't worry, though--despite the new name, not much has changed. The action still takes place on remote Pacific islands, and once again, you'll be able to skulk around the jungle to your heart's content. Evolution packages this new campaign along with an improved multiplayer suite. It's basically more like an expansion than a full campaign, as it's about half the length of the original campaign. This is reflected in Evolution's price, which is a little more than half that of the original game.

When last we saw Jack Carver in Far Cry Instincts, he was busy battling his way off Krieger's Pacific island laboratory, after having been turned into a feral animal-human hybrid. In this new campaign, Carver still finds himself down on his luck in paradise, when he meets Kade, a beautiful woman who hires him to act as muscle for a gun-running deal she has going with the local warlords. Of course, something goes wrong, and before too long, Carver is once again on the run in the jungle, battling rebels as well as a tribe of animal-human hybrids who leap about like characters from Crouching Tiger, Hidden Dragon. Maybe it's the sense that we've done this already, or maybe it's some of the contrived gameplay mechanics that rear their ugly head, but this new campaign doesn't measure up to the original. For instance, enemies have a constant habit of instantly spawning next to you (so much for sneaking around the jungle), and in some cases, there are unlimited waves of them, a not-so-subtle hint to move on. Then there are the numerous jumping puzzles that border from mildly annoying to downright frustrating.

With that said, there's some good stuff in the new campaign as well. One of the main issues with the original campaign was that it was fairly linear. The new campaign introduces a couple of wide-open environments that let you tackle the objectives any way you'd like, and you have to hunt around a bit to figure out what to do, which gets rid of some of the hand-holding inherent in most shooters. The artificial intelligence seems a bit sharper than before, and you'll see guys duck behind cover, though they'll still be inclined to charge at you. Meanwhile, you can play around with a bigger arsenal, including Molotov cocktails; there's nothing more enjoyable than setting a bad guy on fire and watching him run toward you in panic. There are a few new vehicles as well, but the corny vehicle physics remain unchanged from the original game. In particular, the physics seem a bit too loose; there's too much bump when you hit objects, as if you're driving around in bumper cars.

Multiplayer mode has been bulked up a bit with the addition of new maps based on the Predator campaign, including Shanty Town, an elevated fishing village. Multiplayer modes still feature deathmatch and team deathmatch, as well as capture the flag (steal the sample) and predator mode, in which one player gets animal powers and the rest don't. There's also a new mode, seek and secure, which is a variation of the capture and hold mode in other online games. One of the nice features about the game is the built-in map editor, which renders making and sharing maps incredibly simple. Indeed, there's about an equal split between official and user-made levels on Xbox Live, and downloading new levels is seamless and automatic.

Visually, Evolution doesn't look all that different from the original game. The jungle is still pretty much unchanged, even though this takes place on a different island. The overall production values are solid, though the seams do show now and then, particularly in the poor sound mixing during cutscenes. Still, Evolution is a nice companion to the Far Cry Instincts experience, and if you loved the first game then you'll like this one, especially if you're a multiplayer fan. If you haven't played Far Cry Instincts, though, you may want to pick up that game first, before you dive into Evolution. You don't need to, but you'll understand and enjoy the story more. 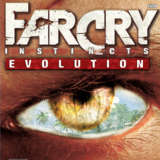 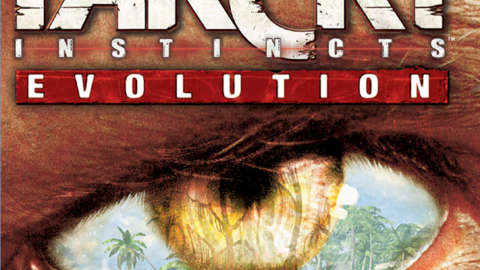