Fantasy Warrior borrows a lot from the early Zeldas, as you will ascertain approximately two seconds after loading. Your hero's sister has been kidnapped by an evil wizard--and before the way to the evil realm opens, the protagonist has to talk to people he meets, satisfy miniquests to obtain certain objects, and dispose of hordes of enemies--not necessarily in that order.

Fantasy Warrior is not very original in this sense. The miniquests are pretty boilerplate: Get object A to person 1, who then gives you object B to get to person 2. This is the part of the game that requires the most thinking on your part, making the rest of Fantasy Warrior an extremely easy play as a result.

Thankfully, FW's gameplay is silky smooth. You move your adventurer around with the D pad or directional numbers, with 5 serving as the action button. The action you actually perform depends on the situation and the item you have active. You can also access the map and inventory screens using the # and 0 keys, respectively.

The inevitable combat sequences are handled in a pretty interesting manner. When you encounter a monster the view changes to a combat screen, which is basically a small, enclosed battleground. Your opponents skitter around in an erratic fashion, and if they collide with you while you are standing still or facing the other way, you lose hit points. If you ram them, on the other hand, they lose hit points. When things look grim, you can always make a run for it and flee, but you'll lose one hit point doing so.

One of Sumea's trademarks is very high-quality, stylistically cute graphics. The trend holds steady in Fantasy Warrior: Everything looks sharp and the color palette is easy on the eyes. There's a bit of music for the title screen and combat sequences, as well as a few sound effects.

Unfortunately, Sumea has another trademark as well: extremely short games that market their sequels during the end text. Fantasy Warrior is through in 20 to 30 minutes. You get to see your sister, but before you are given a chance to run your sword through that evil wizard, the game ends. Blah.

You are told that the game continues on Fantasy Warrior 2 - Evil Returns. Sumea pulled the same stunt on Yo Yo Warrior, and I still feel just as cheated--even if I got a free copy of the game for review. Where's the epic end battle? Where's the tale's conclusion? There's nothing wrong with sequels, but you shouldn't do one game in two parts and make players pay for both. 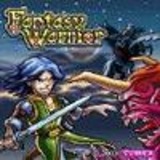 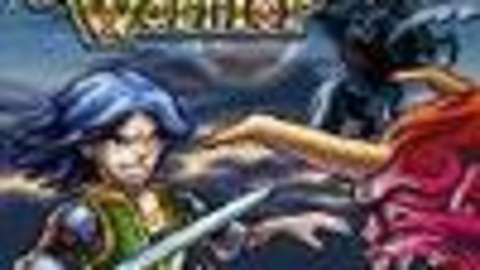