Though it gets the show's style of humor down pat, Family Guy is derailed by frustrating and uninteresting gameplay.

Who would have thought that after twice being canceled in a period of just over two years, Family Guy would not only return to television, but prove to be even more popular than it was during its initial runs? The franchise is now seeing higher ratings, a made-for-DVD movie, and 2K Games and High Voltage Software's new video game adaptation of the show for the PlayStation 2, Xbox, and PlayStation Portable. Among the lexicon of Fox animated sitcoms to get the game treatment, Family Guy falls into the middling range--neither as good as the best of The Simpsons games, nor as bad as the worst of them. The best thing about it is that it is legitimately funny (unlike the most recent episodes of the show), with some wildly bawdy humor that delivers more than it falters. Unfortunately, the part where you actually play Family Guy isn't enjoyable at all. The gameplay is a perfect example of the "throw a bunch of ideas at the wall and see what sticks" mentality, but in this case, nothing is polished enough to stick, and it all ends up on the floor in an ugly, unenjoyable mess. Will Family Guy fans be able to forgive the obnoxious gameplay in order to settle in and enjoy the jokes? Potentially, but they'll have to tolerate a very short adventure and a lot of recycled lines from the show.

What, exactly, Family Guy's premise is all about is rather obfuscated, but perhaps no more so than the average plot of an episode of the show. Three of the main characters are playable: Peter, the portly, TV-obsessed dunce of a father; Brian, the talking family dog with a fondness for social drinking; and Stewie, the maniacal infant with a thirst for world domination. Peter is convinced that TV's Mr. Belvedere is out to get him, Brian is framed for knocking up a local show dog, and Stewie--yes, you guessed it--wants to take over the world, but finds himself up against a rival evil genius in diapers named Bertram. The game only attempts to tie these storylines together in the loosest way possible, but lack of coherence aside, it's still pretty funny stuff.

It probably helps that three of the show's writers had a great deal to do with developing the game's script. On top of that, principal voice actors like Seth McFarlane, Mila Kunis, Alex Borstein, Seth Green, Patrick Warburton, and Adam West, as well as frequent guest stars like Wallace Shawn (The Princess Bride, Murphy Brown), Charles Durning (Rescue Me, O Brother, Where Art Thou?), and Adam Corolla (Loveline, Crank Yankers) all turn in excellent performances. Nobody phones it in here, and the dialogue succeeds because of it. Of course, like the show, the game does periodically delve into offensive-for-offensive's-sake territory. The game's rated M for a reason, and you'll find plenty of off-color material about sex, drinking, homosexuals, the Middle East, prison, sitcom characters, the elderly, and going to the bathroom, among other hot-button issues. If the game is guilty of any comedy crime, it's that it does tend to recycle a number of lines from episodes of the show, especially during gameplay. The characters will spout one-liners that periodically line up with what's going on in-game, but sometimes they really don't, and they'll repeat a fair bit, too. Though the bulk of the game feels like original material, a good chunk of it is rehashed.

Speaking of rehashes, Family Guy's gameplay is like a trip through a museum of generic genre exercises. Each of the three playable characters gets a different type of gameplay. Peter's sections are a side-scrolling beat-'em-up; Brian takes on stealth missions; and Stewie gets his platformer on. It just so happens that all three of these genres are some of the easiest to screw up when you don't do them right, and Family Guy manages to botch each and every one of them in its own unique way.

The best and least obnoxious of the three are the Stewie missions, simply because they feature the most variety. Stewie is a prototypical platformer hero here, able to double-jump and glide around environments as well as fire off basic attacks via his ray gun. The gun itself is upgradeable with new weapon types, but functionally you're just blasting at any target you get near until they're dead, no matter which weapon you use. On top of these abilities, Stewie can also use a mind-control ray to take control of some of the adult characters. Periodically puzzles and otherwise impassable obstacles will appear, forcing you to use this ability. Furthermore, sometimes Stewie will find himself sliding around in a rail shooter-like sequence, blasting enemies and obstacles while sailing along at brisk speeds. There's certainly no shortage of things to do when playing as Stewie, but few of them are that much fun, due largely to the slippery character controls. When Stewie's jumping around, it's way too easy to slip right past a narrow platform (moving platforms are especially bad). This leads to a lot of situations in which you'll be jumping up long series of platforms, only to end up falling all the way to the bottom again because you couldn't quite control Stewie's jumps properly. Fortunately, the developers had the forethought to include elevators in some of these areas.

Peter's beat-'em-up portions are markedly worse. Though you can earn new combo moves for Peter over time, like head-butts and leg sweeps, there's just about no depth to the combat beyond the fact that some enemies are impervious to certain attacks for some odd reason. Soccer moms, for instance, are immune to kicks, whereas kids are immune to punches. Sure, why not? Periodically Peter can pick up objects in the environment to throw at enemies, but largely he's just running around, attacking wildly at periodically unmanageable numbers of enemies. For some reason, the game tosses enemies in bulk at you while keeping health power-ups relatively scarce. Though many of these enemies can be dispatched relatively quickly, some of them require combo moves that take a few button presses to pull off, and basically force you to get hit at least once or twice before you finally kill them. Between the button-mashy combat and weirdly off-kilter difficulty, these sections are not fun at all.

But they're not even the worst of it. That dubious honor goes to Brian's stealth missions. Imagine, if you will, the most base-level stealth scenarios imaginable. A few hiding spots, a few enemies wandering around in specific patterns that you have to avoid, periodic arbitrary objectives that require you to run to one spot or another before you can finally head for the exit, and a whole mess of trial and error. Brian is forced to sneak around a a number of places, but the functionality is always the same: Don't get spotted, or you start the section over again. And you will start it over again, many, many times. It's not that there's anything necessarily broken here, it's just that figuring out the patterns of enemy movement takes at least a few tries, and even after you figure it out, sometimes enemies that seem out of range will inexplicably see you. Other times you'll bump right up against an enemy for a second or two, and they won't spot you. Actually, maybe these missions are a bit broken.

You'd think these three gameplay types would be enough, but no, the developers threw in a fourth one: minigames. You know how on the TV show, the story will frequently cut away to a brief, only marginally related scene involving some bit of ludicrous dialogue? Well, High Voltage found a way to fit these into the gameplay. That's right, non sequiturs are now a gameplay mechanic. These little minigames work the same way. Someone will make some reference to something weird, and suddenly the game will cut away to a totally new screen. You'll be given a quick countdown timer and be forced to figure out on the fly what you're supposed to do. Of course, these actions are rarely very complex, usually just involving some timed button presses or quick target shooting, but a little more initial explanation of the game before you're launched into it might have been good.

Beyond the excellent voice acting, the overall presentation of Family Guy is quite strong. The graphical look of the game is very much in tune with the show's animation styles. Characters are brightly drawn and cel-shaded, and though they don't animate as fluidly as they do on TV, the game itself looks just like a cartoon. Unfortunately, there are a few visual flaws. The camera has a bad habit of hiding enemies when playing the Peter and Stewie sections, a problem made worse when playing as Stewie as you try to use the target lock button, and find yourself aiming offscreen at no immediately discernable enemies. The frame rate also tends to chunk up a bit, especially on the PSP version of the game after a level has just finished loading up. It drops into single-digit territory there. However, beyond that issue, and that of some significantly lengthier loading times, the PSP version looks and plays just like the console versions.

By all accounts, a video game that wants to take a comedic slant should be fun to play first, and funny second. Family Guy gets that backwards and suffers because of it. Sure, there are comedic-minded games that have skated by with mediocre gameplay and a bevy of laughs, but those games have tended to be far more original and clever than what Family Guy offers up on the comedy front. And while Family Guy fans will certainly dig the story on some level, the gameplay is such a weird mish-mash of overly simplistic and rage-inducing frustration that the laughs are quickly forgotten. 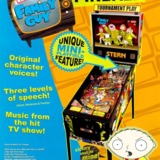 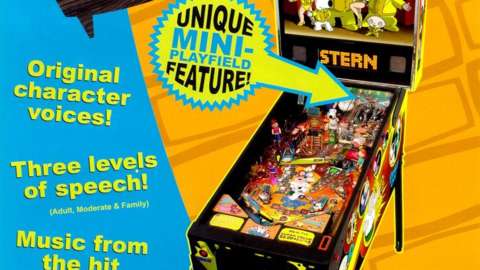 Based on the animated series of the same name, Family Guy lets you take part in the Griffin family's unusual adventures.