It'll provide dozens of hours of entertainment to both fans of squad-based combat games and fans of the series and stands a good chance of turning one into the other.

It's fitting that the Brotherhood of Steel is the subject of Fallout Tactics, which uses the Fallout role-playing games' excellent combat system as the basis for a tactical combat game. The Brotherhood has always been one of the Fallout series' most intriguing elements. As the most militaristic and technologically advanced faction in the postnuclear wasteland of the United States, the group's appearances in the Fallout role-playing games have always been brief but impressive. The Brotherhood takes center stage in this third Fallout game, which borrows many of the elements that made the first two so enjoyable and in turn manages to be a lot of fun despite a few problems.

It isn't much of a surprise that the combat system itself survives the translation well. It's been beefed up in some respects and stripped down in others, but only a few of the changes are questionable. What's surprising is just how much like Fallout this strategy game is. The interfaces, maps, and environments are all similar to those in the role-playing games, and the story even has the same level of intriguing twists and turns. Fallout Tactics is much like Fallout overall--only with less talking and more fighting.

Unlike with its predecessors, it can take awhile to get used to Fallout Tactics. The designers seemed to resist making decisions while designing the game and instead opted to make the rules of the game very open-ended. As a result, the options screen looks like a do-it-yourself design kit, with options for turning formations on or off, difficulty levels that determine both damage and the artificial intelligence of your opponents, and combat modes that include one real-time mode and not one but two turn-based modes. It's great to have options, but Fallout Tactics can seem like several different games with just a few twists of the dials. And you'll find that most of these different games actually aren't very good. You can adjust all these parameters on the fly, and once you do find a combination--or set of combinations--that works for your particular style and patience level, Fallout Tactics is great fun.

The game plays similarly to Fallout. You move around on a world map, driving vehicles or walking to destinations. There are random encounters--you'll often be set upon by raiders and creatures in the wasteland. You move around in your home bases just as you do in the missions, buying equipment, hiring members for your squad, and getting information on available missions. The fact that there's not an abstract interface for such standard tasks is a great touch, and it's one that works to make the world seem more alive. There are plenty of nonplayer characters as well, but there are no dialogue trees. The characters say what they want to say, and you move on.

The role-playing elements have been stripped away, but the role-playing rules still apply. Characters have statistics like perception, agility, luck, strength, charisma, and endurance. As characters advance in levels, they can improve in various skills and occasionally gain special perks that can dramatically affect their abilities. The designers have done a commendable job of removing the Fallout perks and skills that don't make sense in a combat-oriented game and adding a number of new ones that do. But you'll still find that some skills are much more worthwhile than others. This is even more the case with the character statistics. Perception and agility affect how far your character can shoot and how quickly he or she can react in situations. These statistics are obviously more valuable than charisma or luck, both of which seem to have relatively little impact on the game.

The missions themselves are huge. Most of the combat areas are the size of whole cities in Fallout, and they only get bigger as the game goes on. Your missions will usually consist of rescuing some person or some item from hostile territory or simply clearing out an entire area of any hostile presence. And the Brotherhood of Steel faces a great deal of hostility. Supermutants, raiders, and a new group called the Beast Lords are just some of the enemies you'll be up against. Fortunately, you'll have a great arsenal available, and the game features the wide range of real-world and futuristic guns and melee weapons that made the Fallout system so robust. Each mission can take several hours to complete, especially in either of the turn-based modes. Therefore the "tough guy" option, which disables saving in missions, is not recommended unless you have a surplus of both time and fortitude.

The length of the missions can be problematic at times because you're occasionally given new objectives during a mission. But you may have already done something that makes completing those new objectives impossible, such as letting a seemingly expendable NPC die. It's especially frustrating when you only find out hours later that you needed to keep him or her alive.

The difficulty options will also affect how long it takes to play a single mission. In the easiest mode, opponents' weapons do little damage to your own squad members, and your enemies will have a dangerous tendency of just standing there while you fill them with bullets. The normal level is slightly better, but the artificial intelligence is still lacking in some respects. Opponents will often get stuck in a sort of crouching/standing two-step, and more often than not they'll make a beeline for your guys, one at a time, like minions in a Bruce Lee movie. The computer opponents behave more realistically at the two higher difficulty levels, but you'll rarely be surprised by their actions, if only because their behavior is still rather predictable regardless of their numbers or skill.

The turn-based modes are the best way to play the game, if only because they're the only modes in which you have much control. Of the two turn-based modes, squad-based is better. In this mode, the game plays much like Jagged Alliance or X-COM: UFO Defense--each member of your squad takes his or her turn, and then each member of the opposing squad does the same. In individual turn-based mode, characters move in order of their speed, much as in the Fallout role-playing games. This mode is less suited for a strategy game, if only because the lengthier firefights in Fallout Tactics require more team coordination.

For the most part, the real-time mode is the least appealing--the game calls it the "continuous turn-based" mode, a moniker that's either a bad attempt at humor or just plain wrong. The real-time mode is good in fights where your squad outnumbers the opposition, and it can be very useful when hunting down wounded stragglers. But the problem with the real-time mode is that you have little time to make decisions for your team. Because of this, there are sentry modes that let you adjust your squad members' attitude when facing opposition. They will then react automatically, and by the time you've set all their options, they're self-contained little killing machines. You won't have much to do but move them around. It works, but it isn't very engaging.

In turn-based mode, the combat is better, though the system does have some limitations. You can't jump fences or climb walls. You can get to rooftops, but only if there's a ladder provided. As a result of these restrictions, the game can be too linear at times, and the maps will often seem like mazes that you must navigate in a very specific manner. But Fallout Tactics has some great tactical features, like specifically targeted shots and the ability to specialize in various weapons and combat styles, and these options help to balance out some of the shortcomings.

Despite the simplified combat and the linear nature of some of the missions, Fallout Tactics has more in common with X-COM than with Commandos, whose missions were often more puzzlelike than tactical. The comparison with X-COM is especially valid, because the story that ties the missions together in Fallout Tactics is intriguing like the story in MicroProse's classic strategy game. With each mission in Fallout Tactics, you'll learn a bit more about a new threat that seems to be aiding the smaller threats. As you begin learning about its technology, you'll be driven to complete missions not only to find out what happens next but to have the more advanced technology at your disposal. Though there's not too much story, it's enough to keep you going from mission to mission.

The dialogue of your superiors is well written and often funny. It's also often disturbing, as the Brotherhood treats nonmembers with little regard. Unfortunately, the casual dialogue of nonplayer characters is often embarrassing and downright juvenile by comparison. Many of the characters you'll encounter will say crude and silly things that do little to heighten the mood of the game.

This is especially frustrating considering how hard all the other elements are pulling together to create a tense atmosphere. The music, though a bit repetitive, is excellent. The voice acting, as with previous Fallout games, is top-notch. The graphics have been improved as well, and though the isometric 2D sprites found throughout the game basically look identical to those found in previous Fallout games, the higher resolution makes everything look better. Fortunately, the designers have added many new tiles and objects to the world, so that it looks familiar but new. Fallout fans might balk at some of the alterations--the deadly creatures known as death claws now look more like Diablo than like mutated monsters--but overall the changes are for the better.

If you like the new death claws, you're in luck. Fallout Tactics' multiplayer mode lets you play as nonhuman characters, including dogs, supermutants, and the radiated humans known as ghouls. The multiplayer modes include skirmish, in which you must eliminate opposing squads, and assault, a sort of simplified capture the flag. Turn-based multiplayer games are fun if you have the patience, and real-time games are quick and fun despite suffering from the same lack of control problems found in the single-player missions.

Fallout Tactics has a few strikes against it. It has too many options. It includes a disorganized manual that excludes some very important game mechanics and interface features. It's a testament to the strengths of the game that these shortcomings often seem negligible. The game has a good story and great missions, and the combat is fun once you've found the combination of options that suits you. It'll provide dozens of hours of entertainment to both fans of squad-based combat games and fans of the series and stands a good chance of turning one into the other. 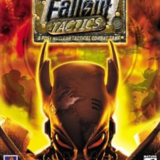 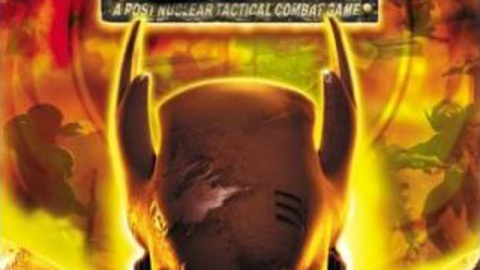 It'll provide dozens of hours of entertainment to both fans of squad-based combat games and fans of the series and stands a good chance of turning one into the other.

8.5
Sign In to rate Fallout Tactics: Brotherhood of Steel