Fable Heroes is a mediocre four-player brawler that's only partly redeemed by its fabled license.

As a cartoonish brawler centered on four-person hijinks, Fable Heroes resembles the chaotically entertaining Castle Crashers. Unfortunately, Fable Heroes never comes close to reaching the highs of that downloadable juggernaut, and even in its best moments it feels like it's three steps behind gameplay developments that have kept the genre alive. While it's not without its fun moments, Fable Heroes is a mere novelty that never establishes itself as a worthy offshoot of the traditional Fable adventures.

A whimsical artistic style carries over from the original Fable games to this downloadable spinoff, although instead of hacking and slashing with the familiar heroes who look like refugees from a Disney flick, you race through each level with three friends or non-player characters as rag dolls modeled after Fable favorites. They're cute, but their chirpy voice emotes lack the personality of character voices in the original games. Elsewhere, you might be amused by balverines and hobbes that look cuddly enough to put in a baby's crib, but it's hard to escape the impression that this would be little more than a generic brawler it you stripped it of its cel-shaded imagery from Albion.

Still, that simplicity might have worked for Fable Heroes had it remained with the visuals, but it also extends to the combat. There's some variation among the available characters in that each one has a ranged or melee specialization--some, such as the unlockable Sir Walter, have both--but a lack of combos ensures that combat itself never grows much more complex than unleashing charged attacks or rolling out of harm's way.

Beyond that, characters can unleash devastating special attacks, but only at the expense of one of the five hearts that make up your health bar. Lose all of them, and you die, but that simply means that your resulting ghost loses the ability to pick up coins while fighting until you come back to life by finding another heart along the path. Until then, you're as powerful as you were before you died aside from the absence of your special attack. That power extends even to the boss fights (which unfailingly feature a hulking monstrosity that jumps around and periodically spawns minions), with the upshot that there's technically no way to lose to them.

Indeed, it's easy to get the impression that Fable Heroes isn't really about beating enemies, but rather about collecting coins. Coins fall like Louisiana rain in Fable Heroes, whether from the enemies themselves or from the crates you find littered throughout this raggedy vision of Albion. Smash enough enemies, and you get a multiplier bonus to pick up yet more coins, or you could simply beat them out of stationary targets that pop up during "break times" like the cars in Street Fighter II's bonus levels.

The lightweight death mechanic only intensifies the mad dash for coins. Since dying has almost no effect on your rag doll's performance in combat, sneaky players can keep all the coins for themselves by nabbing the hearts before their ghostly friends can get to them. What's more, the bland level design only gets interesting in the playable credits that allow you to fight against the names of the developers. Otherwise, each level plays much like the others, culminating in a choice of fighting the level's boss or playing minigames featuring options such as quick-time event boat races or chicken-kicking contests. In the end, the choice always comes down to deciding which one will net you the most coins.

The coins themselves come into play in a board game at the end of each level, in which each of the four players tosses dice for the chance of landing on a space that grants them one of 39 specific damage bonuses or cosmetic treats such as unlockable characters. This board game is entirely based on chance, though, which means you could end up spending your hard-won coins on nothing more than new skins for your weapon instead of a damage boost aimed at the hobbes lurking in most levels.

The randomness also makes unlocking an inner ring of the board with even better upgrades all but impossible. Early on, you even lose your rolls if you happen to land on spaces pertaining to boosts for zones you haven't visited yet. And don't expect to gain some new skills; Fable Heroes' board game only grants improvements to your existing abilities. The result is that Fable Heroes feels much the same at the end as it did at the beginning, with the only important changes affecting how much damage you deal or take.

But there's no mistaking that Fable Heroes has a certain charm, and there's enough depth for a one-shot party game with four friends or for parents seeking quality time with kids in the Family mode. Each level features power-ups that provide everything from useful speed buffs to balloons you can hold while dealing death, and the good or evil choices from Fable proper make a cameo in the form of chests that might shower coins on a random player or send lightning bolts at another, giving other players a chance to scramble for the victim's coins. There's even some pleasure in exploring bowdlerized locales such as Bowerstone, which reaches a pitch once you beat the game and unlock the "dark" map of Albion. Here, the deserts of Aurora become shady timberlands, and the bucolic Millfields and distant Bowerstone burn during an invasion.

If that twisted vision of Albion sounds at all enticing, it will take you only two or so hours to reach it. Fable Heroes is a short game even by the standards of most downloadable titles; its length is prolonged only by Dark Albion and the endless replays needed to get all the abilities on the board game. Thrifty-minded players might enjoy an option to send accumulated gold to their character in the upcoming Fable: The Journey, but coins drop so easily in Fable Heroes that you'll likely have enough to hire someone else to take your journey after one playthrough.

Lionhead's new creation might be the most accessible game in a series already known for its accessibility, but in its desire to distance itself from the fart jokes and bawdy flings of the numbered games, it manages to lose much of its identity--an identity that always sustained the series even in its weakest hours. Even the series' fabled assertions of "innovation" find no home here, and while it might be fashionable to smirk at Peter Molyneux's overambitious use of the term, the great tragedy of Fable Heroes is that it doesn't even try. 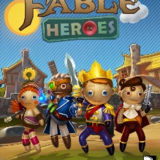 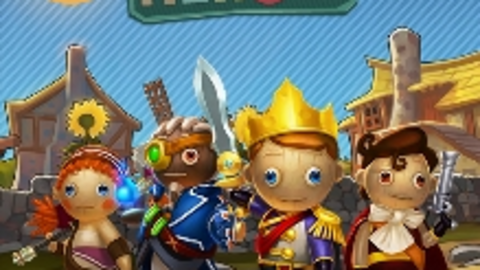