It's lights out, and away we go.

Unless you're a Mercedes fan, you might feel that Formula 1 in 2019 is a bit stale with the team's dominance of this year's world championship. But Codemasters' F1 2019 is anything but stagnant, presenting an exciting, if idealized, version of the world's premier motorsport. It sticks mostly to the familiar cadence of previous titles with its massive career mode and loads of classic content. However, big additions like the FIA Formula 2 World Championship and scheduled online racing add even more to an already burgeoning title that's filled to the brim with enjoyable things to do--all revolving around driving some of the fastest racing cars in the world.

Anyone familiar with the series will feel immediately at home with F1 2019. Functionally the menus are borrowed from previous years, so finding the mode you want to play is thankfully easy because there is just so much here. Solo play consists of the brilliant career mode, Grand Prix weekends for single races and time trials for leaderboard junkies, numerous championship scenarios--extra if you've got the Legends Edition--and the official F1 and F2 World Championships. And that's before you dig into multiplayer, which adds player-made leagues and scheduled event racing. Amazingly, none of it feels like filler, with each mode offering something different and enjoyable overall. But like in previous years, it's the career mode that gives you the fullest and most rewarding experience, venturing further into the realm of sports fantasy than it has in the past.

In previous career modes, you'd simply select an F1 team to race for, set some contract goals, and go. But F1 2019's career opens with more of a throwback to Codemasters' Race Driver series, allowing you to start in the newly added Formula 2 Championship before making the step up to the big time. It's not a full season but a series of scenarios where you clash against two fantasy rivals, Lukas Weber and Devon Butler. While this opens the career with a series of cutscenes developing the competition between the three of you, once you all enter Formula 1, those personal moments don't come back; they're replaced with the comparatively lifeless email transcripts of their media interviews. It would've been nice to have more of these characters around to add some more flavor.

Another big addition to the career mode is driver changes between teams. All the drivers on the grid can trade places, doing so automatically based on their prior performances. Early in my career, both McLaren drivers found themselves out of a job thanks to their poorly performing car, with Carlos Sainz booted partway through and replaced by Kimi Raikonnen, and Lando Norris making way at the end of the season for a then-jobless Pierre Gasly. It leads to some fascinating shifts in the power dynamics between current F1 teams, leading to some surprising results and a consistently intriguing run to the title. While it's jarring to see drivers replaced, especially by fantasy drivers, it adds more to the game than it takes away.

You can choose to not have the fantasy drivers, but that means skipping the feeder series entirely, and the Formula 2 cars are way too much fun to do that. Smaller, less powerful, and easier to drive, the Formula 2 cars in F1 2019 are surprisingly enjoyable given their comparatively slower pace. Over-drive them and they'll slip and slide, teaching you how to find the edge of grip. As such, they make for a perfect place for beginners to grasp how to race a light and nimble car without having to step straight into the might of an F1.

There's a reason they only let the best drivers in the world behind the wheels of these carbon fiber beasts; modern F1 is about much more than just driving fast. You have to manage tires, hybrid deployment, fuel usage, race strategy, and the gaps between your competitors--there's not a moment's rest for the mind, if that's how you want it to be. But the option for hugely robust assists makes it possible for both ardent fans and inexperienced players to get something out of a race. For sim fans, there are layers of strategy and car management while jostling for position, on top of driving these beautiful cars at unimaginable speeds. For everyone else, there's the thrill of close racing against their favorite drivers because of AI that gives space when needed but also fights hard to pass you when given the opportunity to pounce.

The AI in last year's game was already racy, pushing for gaps and fighting back when it thought it had a chance. But F1 2019's is a further refinement of this, reacting in ways that feel like you're racing against other human players. They'll go wheel-to-wheel and defend their position by driving you to the edge of the track, sometimes making mistakes and causing incidents, and sometimes pulling off incredible overtakes by getting into your slipstream and out-braking you into a corner. F1 drivers aren't pushovers, and it's great to have that reflected in the on-track action.

The cars themselves feel great to drive with both a racing wheel and a gamepad, with both feeling fast and responsive. When you're in the cockpit, it's captivating. The race engineer will talk to you during a race, keeping you informed of all sorts of important information. With a microphone you can ask them questions about pit stops or the condition of your tires, or simply tell them to shut it and they'll keep updates to a minimum. It works flawlessly, offering lots of pertinent information at the end of a button press. The weather can roll in and soak a dry track, then dry out again, adding a further layer of drama to the mix. There's a lot that can go on, especially during a longer race. A quick five-lap burst can be fun, but the longer races are where things like race strategy can really play out in satisfying ways.

For sim fans, there are layers of strategy and car management while jostling for position, on top of driving these beautiful cars at unimaginable speeds. For everyone else, there's the thrill of close racing against their favorite drivers.

Leagues are a welcome inclusion, allowing you and a group of like-minded folk to take part in a multiplayer season of your own making. Community leagues have formed around the F1 games for years, but having it included directly in the game is a welcome nod to those who've been running these leagues externally. Scheduled events are also a nice new feature, letting you practice and qualify whenever you like, then running races around scheduled times to encourage competition. Also new is player customization that lets you tweak your car livery, racing suit, gloves, and helmet. Some designs are free while others can be unlocked using an in-game currency earned from racing online, though annoyingly, the most interesting options will cost you real money.

Where F1 2019 falls short of other racing titles is in its track accuracy. Graphically, courses are superb, with some lovely trackside details and fabulous new lighting that helps the night tracks look eerily realistic. But in terms of accuracy compared to the real-life tracks, they're still missing a lot of the character in the road surface, like the small bumps and cracks you get from a laser-scanned track. The final chicanes at Spa and Montreal are wrongly profiled, and there's a really nasty bump entering the front straight at Suzuka that's definitely not there on the real circuit. Most players outside of a handful of hardcore sim racers would never notice this, but with titles like iRacing and GT Sport offering high-fidelity versions of many of these tracks, these inaccuracies begin to stand out more over time.

F1 2019 is yet another strong step forward for the now decade-long franchise, with a ton of refinements over last year's game as well as some great new features to help elevate it to a new level. The Formula 2 cars are superb to handle, and the new additions to career mode, like driver swaps, add some much-needed drama and excitement that real Formula 1 has been missing for some time now. F1 2019 is a masterclass in how to make an engaging and alluring racer, and once again stands tall on top of the podium. 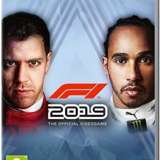 James Swinbanks spent 24 hours behind the wheel of F1 2019 on PC, bringing his Renault home to 4th place in the Drivers World Championship before retiring to his yacht off the Monaco harbor. Review code was provided by the publisher. 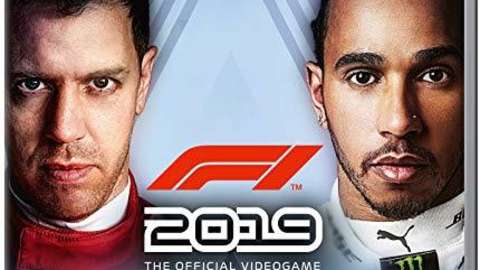