F1 2013 takes you on a nostalgia trip into the history of Formula One, while compelling new modes and subtle improvements layer atop a familiar, but winning formula.

If last year's Formula One game made Codemasters' series more accessible, then F1 2013 addresses the time commitment required to enjoy it. The addition of shorter challenge modes, coupled with some interesting departures into the sport's history, makes this year's edition much less intimidating. The bulk of the experience will be familiar to series veterans, but F1 2013 is a varied game that accurately mirrors the tension and excitement of F1 racing.

You begin F1 2013 with the young driver's test at Abu Dhabi's Yas Marina Circuit. This two-day event goes over the basic mechanics of the sport by testing your skills in cornering, handling, and wet weather conditions. It's a worthwhile crash course in the rules of the sport, and a safe place to familiarize yourself with the unique ways in which F1 cars handle. Once you're into the game proper, there are a multitude of modes to choose from, and here lies perhaps F1 2013's greatest achievement. Previous games in the series focused heavily on the full Career mode, which requires a rather substantial time commitment. F1 2013 has modes that finally cater to a much wider variety of play styles and social lives.

If you've got the time to put in, Career mode offers up plenty of challenge, but don't expect much difference from last year. You're asked to join a rookie team and make your way through consecutive seasons composed of full race weekends. If you impress the rest of the pack, better teams offer you contracts as you race your way to F1 glory. Season Challenge mode also returns; it's composed of a 10-race season, with five-lap races and one-shot qualifying. Here, you race to beat your chosen rival for a seat on his team. This compressed season can be completed in a couple of hours, and is much more friendly to those looking to get the season experience without having to dedicate hours of play time.

F1 is really about those incredible racing moments that define drivers and live in fans' memories forever, and this year, a new mode centres on just that. Scenario mode builds on last year's Champions mode by placing your custom driver into 20 testing race challenges. These range from using a safety car situation to close the gap on a rival, to nursing a broken wing back to the pits and attempting to gain back your lost positions before reaching the chequered flag.

Each circuit accurately portrays its real-life counterpart, while some wonderful improvements to the lighting and audio design bring each race to life.

Some challenges even mirror real-life scenarios, such as Jenson Button's infamous final-lap victory in 2011's rain-soaked Canadian Grand Prix. These challenges are fun to compete in, and because each takes no more than a few minutes, you find yourself returning again and again to attempt them on harder difficulties. On top of this, mid-session saving is finally available across all modes, which means you can leave a race at any stage and return to your save state whenever you want.

For fans of the history of F1, Classics mode allows you to race some of the sport's most famous cars around vintage circuits. The standard version of the game lets you take on the role of famous drivers from the '80s and race around in their historically accurate rides. Sadly, those cars are limited to racing on two classic tracks: Brands Hatch and Jerez. Additional tracks, drivers, and cars from the '80s and '90s are available only in the game's limited-release Classics Edition, or via downloadable content.

The classic cars handle differently from their modern-day counterparts, wildly flying around corners and seemingly losing grip at any moment. Learning how to tame these shrieking, mechanical beasts is incredibly satisfying. Sadly, because of the small number of cars and drivers on offer, races include only 10 competitors cherry-picked from a variety of seasons. It's odd to see cars that never raced against each other sitting on the same grid, but races are enjoyable as long as you can suspend your disbelief.

Classics mode also includes Time Trial, Time Attack, and Scenario modes of its very own, all of which use retro television graphics and an optional colour filter. While the main modes of F1 2013 include voice-over by Sky Sports' David Croft and Anthony Davidson, Classics mode is presided over by the legendary broadcaster Murray Walker. This is a nice touch that floods this area of the game a beautiful wave of nostalgia.

You might be posting record times one lap, but by the next, your tyres have lost all grip.

The rest of the modes will be familiar to anyone who has played previous games in the series. Time Trial and Time Attack return, allowing you to attempt record lap times and race against ghost cars. Grand Prix mode is back and lets you step into the shoes of any of this season's drivers and participate in anything from short races to full-length weekends. Multiplayer can be played in split-screen, via system link or online, and Co-op Championship returns for those looking to play an entire season with a friend. This wide breadth of modes would count for naught if the on-track action weren't up to scratch. Thankfully, some minor but noticeable improvements across the board ensure that fighting for position and aiming for a purple lap time are as fun as ever. Rival drivers are smart and overtake you if you leave a gap, protecting their positions if you try to do the same. Each circuit accurately portrays its real-life counterpart, while some wonderful improvements to the lighting and audio design bring each race to life: you find yourself looking off the racing line to enjoy Abu Dhabi's runny sunset, and listening for rival cars screaming through Monaco's tunnel.

The cars are more fallible too; handling varies wildly depending on how a vehicle is set up and what the weather and track conditions are. Wander off the racing line, and expect to pick up marbles of rubber that reduce your grip, while a sudden downpour of rain causes havoc for drivers using the wrong set of tyres. There has been much controversy over the state of Pirelli tyres this season, and this year's rubber falls off the cliff remarkably fast. You might be posting record times one lap, but by the next, your tyres have lost all grip, causing you to lose speed on corners or, even worse, crash. Racing incidents around the track occur more frequently too, and if you find yourself involved in one, expect your pit crew to radio immediately with a "box box box." All this combines to make racing in F1 2013 that little bit more exciting.

Next year will see the sport of F1 change with the introduction of new driving technology, right around the same time a new generation of consoles start appearing in our living rooms. And when that happens, there's a hope that the next instalment of Codemasters' F1 series will be more than just the mere update F1 2013 is. For now, though, there's still plenty of exciting on-track action here to thrill fans of the sport. Compelling challenges, shorter and more varied modes, and some nice nostalgic touches add to an experience that, while familiar, does a grand job of keeping you entertained for a few minutes or many hours.

View Comments (188)
Back To Top
8
Great
About GameSpot Reviews 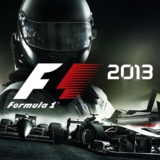 Danny has been a GameSpot community member since 2005. Since joining the staff as a video journalist in 2011 he has lost touch with most of his friends and family. He looks forward to the day achievement points become legal tender so he can return to Ireland and fix its broken economy. 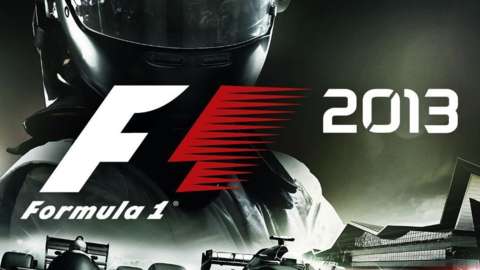