F1 2002 is a good choice if you're looking for a relatively accurate, and portable, portrayal of the F1 racing season.

Those familiar with Formula 1 racing will recall that the previous season was anything but competitive. Michael Schumacher and the Ferrari team ran roughshod over the other 10 teams by a two-to-one margin in total points. Since the F1 season begins in March and runs through October, the recently released F1 2002 for the Game Boy Advance gives you the opportunity to psych yourself up for the upcoming 2003 schedule by reliving and possibly rewriting the events of the 2002 season. The game has a fresh, arcade-style look, and the controls are simple enough that anyone should be able to master them. Even so, F1 2002 has a number of simulation-style traits that make it most appropriate for players who are willing to invest a certain amount of time in learning the ins and outs of every course.

The game includes all 17 courses and 11 teams from the 2002 F1 season, as well as a selection of 22 different drivers. Play options include quick race, season, and custom championship. The multiplayer mode allows you to race against a single opponent with the use of a link cable. Unlike the corresponding console versions, F1 2002 for the Game Boy Advance does not include a multiple-season franchise mode or a challenge mode--two options that would have helped the game stand out from similar products available for the system. All in all, though, the list of features is comparable to that of the majority of other GBA racing games.

Once you're on the track, the first thing that immediately stands out is the game's appearance. Like a number of other racing games, such as THQ's popular GT Advance, F1 2002 makes use of the GBA's ability to transform two-dimensional backgrounds into three-dimensional roads and environments. For the most part, the course designs are faithful to their real-world counterparts. This includes most pavement markings, identifiable landmarks, and notorious corners. The scenery along the sides of the tracks could have been more plentiful. Structural features like grandstands and supply trucks repeat frequently, and there are far too few trees alongside typically lush courses like Hockenheim. You also won't encounter any hills, even on courses that are known for them. Despite these modest shortcomings, the graphics are wonderful. The cars are huge, even on the GBA's tiny screen, and the movement along the courses is extraordinarily smooth. Small details like raindrops and sunlight lens flares add an additional touch of class. Conversely, there isn't much to say about the game's audio, except that the engines are loud and the sound of the tires on the pavement is as authentic as can be expected from the GBA's modest speaker.

If you're familiar with other handheld racing games, you should be able to easily adapt to F1 2002's gameplay. The A and B buttons allow you to accelerate and brake, and you'll use the shoulder buttons if you choose to employ a manual transmission. On most straightaway sections, you can generally floor the accelerator and gain ground on the other competitors. The game shows its true nature during corners, however, as you need to break early and slow down to a literal crawl in order to avoid spinning out. Spinouts cause your fuel to drain more quickly, and crashes cause damage that affects your car's performance. Both are situations that can lead to premature pit stops or disqualification. The learning curve isn't terribly steep, but you'll have to study the suggested speeds and gear settings shown on each course map in order to plan your strategy for the race. If need be, you can adjust parameters such as tire type, downforce, gear ratio, break smoothness, and fuel capacity in order to optimize your control over the vehicle. These options have only two or three settings each, so it's not as if the game is trying to bury players with simulated realism.

One negative aspect that bears mentioning is the way the game handles slides, crashes, spinouts, and other calamities. For whatever reason, whether you smash into a group of cars, take a corner at 150 miles an hour, or turn too far in the wrong direction, the result is always the same: a 360-degree spinout. While there's no denying that a number of bad situations can cause you to lose time, it's rather bizarre to see them all represented by the same whirlybird response.

So long as you can see past the game's proclivity toward spinouts, F1 2002 is a good choice if you're looking for a relatively accurate, and portable, portrayal of the F1 racing season. Although you can't tweak the vehicles as thoroughly as you can in the console versions of F1 2002, the available options are on par with those in existing games for the Game Boy Advance. Developer Magic Pockets may not have fashioned the definitive portable racing game, but it's created a solid product that plays well and looks great. You'd expect no less from the same development team responsible for Mr. Nutz on the Super NES. 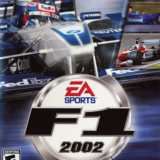 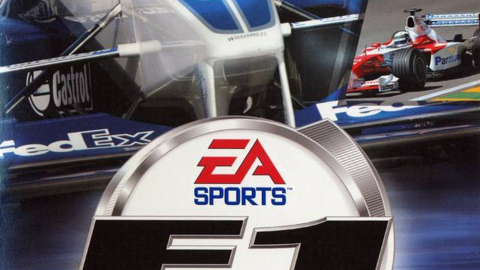 F1 2002's improvements on last year's game are marginal at best, and for some, that won't be enough to justify its $50 price tag.