It provides a variety of missions and multiplayer options that other sims willfind difficult to compete against.

Since the early days of NovaLogic - you know, back when voxels were the size of your fist and hours were wasted trying to squeeze out some extra lower memory to run Comanche - the company has steadily released simulations, typically with a military theme, that are fast, fun, and furious. You didn't expect a lot of realism or even depth in some cases, but what you got was a game you could load, play, and shoot something in, with some nice explosion or other graphical treat as your reward. Despite NovaLogic's attempt to gain legitimacy with official sanctioning from the F-22's manufacturer Lockheed Martin, you still couldn't expect the level of realism of, say, the Falcon series, or sims from Digital Integration, Jane's, or Digital Image Design. So, with that in mind, if you look over NovaLogic's latest offering, F-22 Lightning 3, you are presented with NovaLogic's credo (that is, fast, fun, and furious) front and center, which is really not a bad thing at all.

F-22 Lightning III is a fairly straightforward, easy-to-play, simple-to-get-into F-22 flight simulation, featuring good graphics and mission structure, as well as a more pronounced emphasis on fast and furious multiplayer games. You can step up the screen resolution all the way to 1024x768, though 800x600 runs fine for 3dfx owners (recommended, as the HUD is easier to read in the full cockpit mode). Hardware requirements are surprisingly lax - 800x600 on a Voodoo2 is extremely smooth with all the options turned on. Then again the price you pay is the fog, which seems to be too close for comfort, diminishing how far you can see onto the horizon. One nice graphical feature is the variety of weather: snow, thunderstorms, driving rain, and so forth. The lightning is a particularly good effect, not to mention the nuclear explosions (more on those babies later). The aircraft are well detailed and sport a variety of paint schemes.

That brings us to gameplay, which is pretty simplified and easy to learn. Many of the controls are standard, borrowing from previous NovaLogic flight sims in more than a few areas. Many extra commands can be accessed directly through various though somewhat unusual key combinations, mostly through the use of the control key. You can customize your controls for the keyboard and joystick to whatever you want. You'll spend most of your time in the HUD or virtual cockpit views, or slewing to the padlock in between. There are external views, including a target view, all of which can be tilted and/or panned, but they are hardly intuitive or action-oriented. Typically everything you need to know is in the HUD, though when the missiles start flying it would be better to switch to the virtual cockpit for a gander at the radar view. Missions are objective- and waypoint-oriented, so you basically fly your route and attempt to accomplish the goal - blowing something up, shooting something down, or trying not to get yourself or your buddies killed.

Combat is easy - as soon as you are within range, directional cues and other indicators will tell you what it is and where it's going. All the standard weapon types are here: AMRAAMs, sidewinders, your trusty 20mm Vulcan Gatling gun, HARMs, JDAMs, various types of iron bombs, and everyone's favorite B61 10-kiloton tactical thermonuclear free-fall bomb. Why in the world an F-22 would be carrying one is beyond me, but it's fun to drop the bomb and ride the shock wave. One departure from most F-22 sims is not having to worry about opening the weapon bay doors before releasing your ordnance - all of the F-22's weapons are stored in internal weapon bays - and closing them again after launch to reduce your radar signature. It's all done for you. Heck, you hardly even have to worry about your radar signature.

F-22 Lightning 3 has three modes of play: quick missions, campaigns, and multiplayer. The quick missions are not instant action, a feature that was surprisingly left out. Actually the quick missions are a set of training and situational missions, set first in Nevada and then moving overseas. They can be played in any order, but they are arranged in a tutorial-like manner from the beginning, and the complexity rises with each successive mission. There are 22 quick missions, and more can be created via an external mission editor that comes with the game, which is another nifty feature.

There are six campaigns, with a total of 46 missions split between them (each campaign features either seven or eight missions, which must be played in order). The campaigns cover various hot spots around the world (Libya, Chad, Indonesia, Syria, the Kola Peninsula, and so forth). Difficulty varies, though the missions aren't nearly as difficult as some in F-22 Lightning II, but the campaigns should be played in the order they appear. Some of the missions can get tricky but not overly head-banging-against-the-wall hard.

Then there's multiplayer: Click to enter the NovaWorld.net servers, pick a game, and off you go. Typically there are three game types (more may be introduced later): deathmatch, RAW, and cooperative. Deathmatch is pretty self-explanatory, though the games can be made with full ordnance loads or guns only. In RAW, teams attempt to bomb their enemy's base off the map before the same happens to their own base, while in cooperative games you can participate with up to seven other players in specially built missions (the other game modes support a whopping 128 players). NovaWorld games are typically a blast to play in, and latency is not a big issue - low-speed modems play just as well as cable modems. To make things even more interesting, NovaLogic threw a microphone headset in the box to accommodate its new Voice-Over-Net technology, letting you communicate with each other using voice transmissions while flying. And it works, too.

So what does F-22 Lightning 3 have going against it? For one thing the simplicity may turn off some of the more die-hard flight-sim fanatics. NovaLogic also applied the same simplicity to its game manual, a 38-page travesty that is short on explanation and long on nothing in particular. Well, OK, it does devote a significant length to taking off and landing, even in-flight refueling, but what about air combat basics or even flying and aerodynamics? Actually there is an Adobe Acrobat file on the CD-ROM about air combat, but this is the kind of stuff that should have been in the manual. Throw in a couple of other annoying tidbits for good measure, like no instant action, set mission structures with no randomization, and bland view options, and F-22 Lightning 3 ends up not quite all it might have been.

Overall, though, NovaLogic has churned out a pretty good flight simulation that does its job well. It's an F-22 flight simulation where you can jump into the cockpit, fly for a minute or two, and hop straight into the action, and it provides a variety of missions and multiplayer options that other sims will find difficult to compete against. 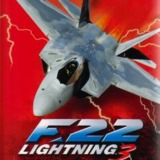 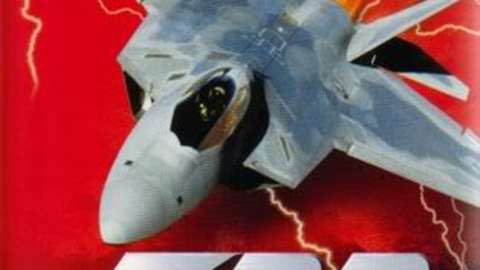 It provides a variety of missions and multiplayer options that other sims willfind difficult to compete against.