The frame rate problem and lackluster sounds are not enough to mar what is otherwise an excellent racing sim.

Most console-based racing simulations are yawn-inducing efforts that prove to be a huge waste of time. F-1 World Grand Prix proves an exception to the rule. This is an intricate yet highly playable game, one that will please not only F-1 fans, but anyone seeking an N64 racer with long-term depth and replayability comparable to - if not quite the equal of - the PlayStation hit Gran Turismo.

Let's start with what you get, which in a word, is a lot. F-1 offers 17 tracks, 22 drivers, five modes of play (including two-player split screen), and five different camera angles that substantially alter the gaming experience. If my math is correct, that means there are more than 18,000 different combinations for you to explore. You could play this game from now until all F-1 cars run on solar power because the earth's supply of fossil fuels has been exhausted, and still not see everything the game has to offer.

And that's before you factor in all the various ways you can tweak your car's performance. There are eight different adjustments (rear wing, brakes, tires, etc.), and each has a meaningful impact on your car's handling and performance characteristics. This sort of modification setup is nothing new, but F-1's system is among the most user-friendly we've seen. What's especially nice is that the game includes a number of pre-configured-settings packages, which allow you to easily modify your car without dealing with the individual parts, meaning you can spend less time in the shop and more time on the track.

That's a good thing, because in F-1, the track is the place to be. Few console racing games - and certainly none on the N64 - can approach the realism of F-1's physics and handling models. Based on your input, turns are made, traction is lost, and accidents happen - all with unswerving (and occasionally unnerving) accuracy and consistency. There are no tricks here, no shortcuts to glory. You have to be smart, you have to be conservative, and you definitely have to be cool under pressure. It isn't easy. As a matter of fact, for the first few hours or even days you play F-1, you may have a hard time just staying on the track. That makes F-1 a poor choice for rental, because by the time you get the hang of it, the weekend will be over.

But if you stick with it, you will be rewarded with an immensely satisfying and challenging game. Master F-1's intricate braking and turning techniques, and shift your focus to the larger, more strategic elements of the race, and F-1 becomes one of the most engrossing games yet on the N64. Experienced F-1 players find themselves in a trance-like state, as lap after blistering lap goes by without incident, until suddenly, the opportunity to make a move presents itself, and in a split second is either realized or lost.

The only thing that breaks this magic spell is an occasional graphical glitch. Don't get me wrong - F-1's graphics are generally good and occasionally dazzling, with nice details including fog and rain effects, lens flares, fatigable terrain, and vivid lifelike textures. But - and this is a big but - the frame rate is not consistent, and at least a couple times every lap, it drops below acceptable standards. Most of the problems seem to occur at the car's performance limit - that is, just before, during, or after a spin. Of course, this is the worst possible time to have the screen start jerking around - it's tough enough to recover from trouble without the added challenge of not being able to see what's happening around you. The frame rate glitch also has a side effect, which is that it sometimes seems to propel your car forward on the track, so that you actually benefit from having gone into a spin. It doesn't happen all the time, but if you're a perfectionist, it may be enough of an issue to seriously impair your enjoyment of the game.

Another issue is the game's sound, which, depending on your level of tolerance, is either mediocre or borderline annoying. The whine of an F-1 engine - which besides the occasional color commentary is really the only major audio element in the game - isn't the most pleasant sound in the world, and listening to it for extended periods of time becomes a real drag. (I think most F-1 car drivers wear earplugs - and now I understand why).

But for me, the frame rate problem and lackluster sounds are not enough to mar what is otherwise an excellent racing sim. If you're looking for something more than just another arcade racer, and if you're willing to invest some time learning how to play, F-1 World Grand Prix deserves your serious consideration. 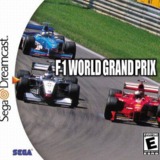 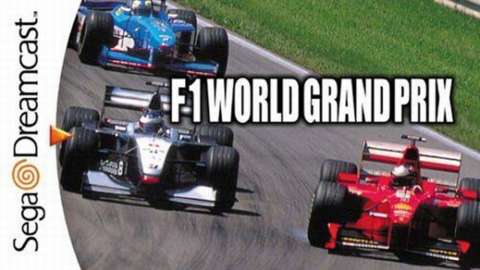 The frame rate problem and lackluster sounds are not enough to mar what is otherwise an excellent racing sim.