Evolution Worlds doesn't set its sights particularly high and as such is fine for what it is: a lighthearted, entry-level role-playing game best suited for younger players.

The GameCube isn't exactly bristling with options for would-be role-playing gamers. Only a mere handful of these games have been released for Nintendo's console, and of them, nearly half are ports of older games from other platforms. Evolution Worlds is one such example: It's a gussied-up hybrid of Evolution and Evolution 2, a pair of role-playing games that first appeared on the Dreamcast respectively in late 1998 and 2000. Even back then, neither Evolution game was particularly well received. Despite their cute and endearing characters, the games themselves were rather simple and bland, offering up at best an average role-playing experience. That being the case, perhaps the best thing to be said about Evolution Worlds is that the games it comprises have aged reasonably well. It can make for a decent though relatively brief diversion for GameCube owners really hurting for an RPG, and its lighthearted style makes it suitable for Pokémon fans.

Evolution Worlds is the story of young Mag Launcher, a go-get-'em kid who's the heir to the estate of a family of legendary adventurers. Unfortunately, his father disappeared a while ago, and the estate has fallen into ruin. Mag wishes to discover what's become of his dad and to restore the Launcher estate to its former glory. To do this, Mag will first need to recruit the help of some colorful characters with some decidedly strange names. Mag and company will then be charged with completing a series of missions on behalf of The Society, sort of an archeological institute located in Mag's hometown. Basically, The Society sends Mag and a couple of friends on dungeon crawls.

These dungeon crawls take place in multistory mazes that contain three things: enemies, traps, and treasure chests. It's like the developers had a bare-bones checklist of stuff to throw in. Enemies, check; traps, check. But no one thought to put in anything else. The dungeons are all really simple, and their designs look random and pointless--just lots of straight hallways and large, empty rooms. At least you run quickly through these mazes, though rotating your 3D perspective to get a good vantage point can be pretty cumbersome. Also, at least you don't run into random encounters like in most role-playing games. You see the enemies minding their own business on the map, and if you get close enough, they'll come running to get you. You can run right past certain foes, but avoiding combat too much is a bad idea, since you'll want to win battles and gain experience points if you're going to survive against some of the game's tougher encounters.

The combat system in Evolution Worlds is pretty straightforward, but it has a couple of interesting touches. Like with most RPG combat systems, your characters and their enemies exchange turns smacking each other until one side or the other is completely defeated. Characters can learn and use a number of special moves as they gain experience, and some of these moves can be used only if you have certain combinations of characters in your party. Special attacks, either yours or those of your enemies, often affect entire areas of the battlefield and not just one character. So positioning is important in Evolution Worlds' battles, where your characters must be placed strategically in a 3-by-3 grid. Characters in the front lines can deal (and will take) more damage, while those in the rear ranks are better protected but have less combat potential. Some special moves can cause you or your enemies' ranks to get shifted around. Beyond that, though, the combat is your typical Japanese RPG slugfest. Here's the only real strategy: Use potions or healing spells on your party members when they get hurt. You'll fight a lot of the same enemies over and over, which makes the monotony of the dungeon crawls that much worse.

When you get back to town, in between missions, you can buy stuff, upgrade some of your gear, and speak with the locals. Evolution Worlds isn't a particularly big game, but there's full speech to go with all the dialogue, and while the performances aren't great, they're energetic and appropriate. The dialogue itself is like something you'd find in an anime show suited for younger audiences, so it's not exactly layered with meaning, but it helps flesh out the game's colorful characters and should be fun to listen to for younger players. Likewise, while the game's graphics aren't technically impressive by any means, the character designs are good, and close-ups of the characters reveal some expressive facial animations. The combat looks decent, too, though the exploration sequences appear pretty bland. If not for the presence of an onscreen automap, you'd be totally unable to distinguish one part of a dungeon from any other.

Evolution Worlds doesn't set its sights particularly high and as such is fine for what it is: a lighthearted, entry-level role-playing game best suited for younger players. It's linear, repetitive, and predictable--criticisms that perhaps can be leveled at a lot of such games, but they apply more accurately to this one. 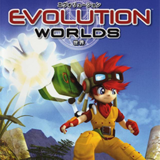 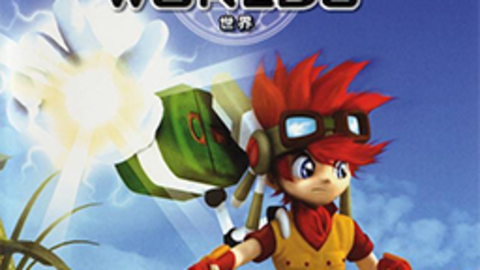 Evolution Worlds doesn't set its sights particularly high and as such is fine for what it is: a lighthearted, entry-level role-playing game best suited for younger players.