It seems like a refreshing departure from the norm, but ultimately the game's poor controls, lackluster level design, and repetitive nature prevent Evolution Snowboarding from being a totally enjoyable game.

Evolution Snowboarding takes a somewhat different approach to the ever-growing winter sport by placing heavier emphasis on combat instead of tricks. Punches, kicks, and various types of weapons are all at your disposal to take out enemies scattered throughout each environment, resulting in a game that plays more like Electronic Arts' old Road Rash games than a snowboarding game like SSX or even some of Konami's previous snowboarding games. It seems like a refreshing departure from the norm, but ultimately the game's poor controls, lackluster level design, and repetitive nature prevent Evolution Snowboarding from being a totally enjoyable game.

Evolution Snowboarding includes evolution, duel, and quick mode options. The evolution mode is essentially the career mode of the game, in which you start off with a relatively unskilled rider that has low ratings in various statistics ranging from attack power and defense to speed and technical capabilities. By completing one of the 10 missions in the unlocked environments (you unlock more courses by completing more missions), you'll receive points based on how well you performed, which can then be used to boost your rider's individual statistics. Most of the missions in Evolution Snowboarding revolve around collecting items, reaching checkpoints before time runs out, scoring a certain point total by collecting even more items, or defeating several enemies before reaching the end of the course. Unfortunately, these missions tend to get a little repetitive by the time you unlock the fourth or fifth course simply because you've been completing the same objectives in the previous courses. However, the one aspect of the game that makes this repetition tolerable is the boss battles. After completing four missions in one course, you'll get to take on the boss of the area, which usually has some sort of special attack and can generally dish out substantial amounts of damage that will quickly deplete your health. You really have to pay attention to the types of attacks that the boss is using and adjust your strategy accordingly.

In fact, there's a deceptive level of depth to the combat system, at least when it comes to the boss battles. By looking at an enemy's stance, you can determine the direction that his attacks are coming from, so you can maneuver your rider alongside the enemy's blind side and swat at him without worrying about a counterattack. This strategy really doesn't apply to the basic enemy drones that you'll encounter during a mission since they're so much easier to defeat and they don't have particularly strong attacks. In addition, the weapons in the game have a wide contact area, so basic enemies on your blind side can easily be taken out with a quick swing of the nail-laden baseball bat or steel chain, but using some strategy during boss battles is pretty important regardless of whether or not you have weapons.

Thankfully, it's quite easy to use weapons, punches, or kicks in the game since they only require a single press of one of the face buttons, but beyond that, Evolution Snowboarding's controls quickly fall apart. Navigating around an environment can be incredibly frustrating, particularly when maneuvering through small passages or in between obstacles in the environment, because you can't really make precise movements. This becomes particularly problematic in the time attack missions where precious seconds are lost because of poor controls instead of high difficulty or a lack of skill. Combine that with some shoddy collision detection that bounces you around the area like a pinball, and Evolution Snowboarding quickly becomes more frustrating than enjoyable.

As far as the visuals are concerned, there are a couple of really nice-looking levels in the game, particularly the Castlevania-inspired level complete with giant chandeliers, enormous tolling bells, and stained-glass windows. Other levels look quite bland and just generally lack the same level of detail, particularly the Japanese castle area where the only detail comes in the form of trees and an occasional tiled roof. However, to the game's credit, most of the courses are quite large and feature a number of different paths to take. All of the character models in the game, with the exception of the professional riders that you save in each course, look pretty blocky and aren't really representative of what the PlayStation 2 can do, and the stuttering frame rate also tends to be a problem, though it seems to remain fairly steady in the two-player split-screen duel mode.

The soundtrack in Evolution Snowboarding is made up largely of licensed music from bands such as Slipknot, Murderdolls, Stone Sour, and 36 Crazyfists, most of which fits in perfectly with the violent nature of the game. You can also unlock music tracks from some of Konami's classic games. The sound in the game isn't especially noteworthy--most of it is simply made up of various grunts, and the boss characters speak the same line repeatedly when you're in battle.

The concept for Evolution Snowboarding--it's Road Rash on snowboards instead of motorcycles--is pretty sound, but the game has so many other problems that the concept ultimately falls flat. The controls are far too imprecise, the collision detection is spotty, and the missions can get a little too monotonous. The multiplayer mode, which lets you compete against another player in a race or in an item-collecting extravaganza, offers a nice break from the single-player game but still doesn't offer much more than a temporary diversion. The game may be worth a rental for those looking for a different take on the snowboarding subgenre, but everyone else might as well pass it up. 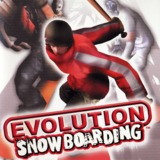 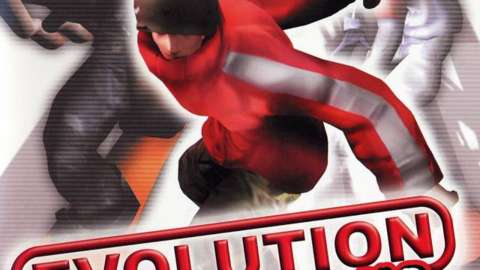 It seems like a refreshing departure from the norm, but ultimately the game's poor controls, lackluster level design, and repetitive nature prevent Evolution Snowboarding from being a totally enjoyable game.