Evolution has come under close scrutiny as the first "real" RPG for the Dreamcast system. Does it live up to the expectations of a true next-generation gaming experience? Does it deliver the realism and cinematics that this new hardware is capable of? The answer is: not really.

Evolution centers on Mag Launcher, a jaunty young man with a mop of spiky red hair and a cybernetic frame strapped to his back. The CYFRAME is a large device from which a cartoonish white hand can shoot out and whack enemies during battles, or it can be used for such things as zipping down a rope to escape a collapsing ruin, as shown in the opening movie. Mag Launcher is joined by the mysterious and silent Linear Cannon, a blond waif with huge pink eyes and strange powers. You can choose the faithful butler Gre Nade, the foxy Pepper Box, or the strange, small, and creepy kid Chain Gun to make up the third member of your party. The plot revolves around Mag and company's excursions into ruins scattered throughout the Northrop Continent. They scour these huge multilevel dungeons for treasure and get rewarded by the mysterious Society, which is devoted to these explorations. In fact, at least 95 percent of the game takes place in these dungeons, and these searches can last for more than four hours each. Fortunately, it is possible to save your progress in the dungeon between floors if you do not have the time in your schedule to commit to such a lengthy exploration. All told, dungeon crawling makes up about 15 of the 16 hours it takes to conquer this game, but only about 30 minutes of this time focuses on Mag and his friends. Just who is the enigmatic Linear, and where did she come from? Why is Eugene, the commander of a huge military force, so interested in her? What does she have to do with the CYFRAME Evolutia? And just what happened to Mag's father? As the game progresses, the plot twists become more frequent, even becoming the subject of a smattering of full-motion video throughout the final hour of the game.

The highest-quality facet of the game has to be its battles. In fact, it is easy to presume that most of the development time and effort in this game went into the battle engine. These are above-average turn-based battles with a multitude of special attacks and spells, where extremely detailed and attractive characters and enemies fight it out in full polygon glory. In fact, the graphics in these battles quite effortlessly surpass those of Final Fantasy VIII, although they perhaps lack that game's artistic scope. Not only do the battles look gorgeous, but they are also possessed of a real technical excellence. There is a feature unique to this game that really deserves to be adopted by developers everywhere: Down the right side of the screen is a meter with characters and enemies represented in order of battle priority, allowing you to engage in a level of tactical planning almost unknown in RPG turn-based battles of yore. The enemies and players are each arranged in three lines; the farther a character has to run to attack, the less damage he or she is capable of doing. Some spells and special attacks only affect one line of enemies or characters, while other spells and attacks are all-encompassing. This adds another tactical element to the strategy of battle-planning in Evolution, and it can become a necessity to master, as the game becomes extremely difficult the further one proceeds through it.

The graphics are uneven in quality; while the battles are stunning, the dungeons are completely boring and utilitarian. Bare corridors stretch almost endlessly, and while the texture maps are certainly of extremely high quality, they can easily become quite uninteresting after a short while. The dungeons rotate freely using the L and R buttons on the underside of the Dreamcast controller, and there is an automapping feature to make the exploration as painless as possible. But after four hours in one dungeon, the game does tend to become somewhat tedious. The option to save between floors will be most welcome to almost all who play this game.

Ubi Soft's translation is faithful, if unambitious. While the dialogue is obviously a literal translation of the Original's, it's handled without flaws or grammatical oddities, and its charming nature will be enough to keep it interesting. The characters may not be the best-realized around, but they do sometimes sparkle. Ubi has chosen to leave the original Japanese voice bits in the US version, and since they're mostly inconsequential it's not a big deal - there's no spoken dialogue, just exclamations during battle. It's a competently handled localization.

Really, when rating this game one has to question what the basis is for a truly enjoyable RPG experience. As stated, the plot is dull, hopelessly cliched, and almost completely missing for a great deal of the game. That said, there is still enjoyment and quality to be found in the exploration and conquering of the dungeons and bosses that await. While the game is above average, the weak plot does keep it from becoming a classic of the genre. There is no real reason why RPG fans shouldn't go for this one; it's a genuinely satisfying experience, even if it is a bit textbook in execution and scope. 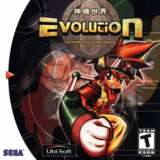 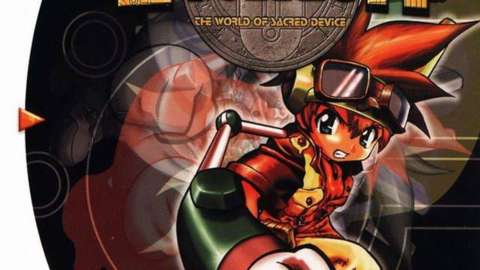