Hero's Call lacks the multiplayer experience of the PC version but not the depth. It will give mobile players a lot to be happy about.

EverQuest hit the PC shelves on March 16, 1999. With the game's release, Sony Online Entertainment hoped to add three letters to the acronym RPG (role-playing game) by creating one of the first truly massively multiplayer online experiences--now called an MMORPG. Gamers gave EverQuest success beyond anyone's predictions by spawning an incredibly successful online community of gamers who role-played and interacted in new ways. In fact, there were even in-game (and real-life) marriages.

A sequel and several expansions later, EverQuest has finally made its debut on mobile. While the wireless version is not an MMORPG, it is a terrific, traditional role-playing experience that spans dozens of hours of gameplay.

Before you begin EverQuest: A Hero's Call, you get to name your character, as well as choose the character's class and specialty. You can choose to play with either a mage or a warrior. In either case, your specialty can be attack, mysticism, or defense. While this level of customization doesn't even begin to approach that of the game's PC counterpart, in which you can change your character's clothing and appearance, it sets a new benchmark for the mobile RPG by adding depth to the game before the adventure even starts.

You start the game, humbly, with a rusty knife and a torn shirt. You are scoffed at by the owner of the local tavern, who advises you to develop your skills in a nearby dungeon--Bitters Tomb--before attempting any real quests. So, equipped with some torn fabric and the ability to give your opponents tetanus, you make your foray into the first of 32 (!) dungeons. Inside, you are met by a host of enemies to kill and a wealth of chests to open. After clearing Bitters Tomb, you emerge a little better equipped and a little more experienced. As you amass experience points, your character statistics (which consist of five attributes) slowly increase.

The game proceeds in a manner consistent with the formula of the traditional action RPG. After clearing a dungeon, you buy and sell items in the town shop and then head to the tavern to get further quests. In some missions, you are called upon to kill a specific creature or group of creatures. Occasionally, you must find a specific item within one of the dungeons. As you would expect, the dungeons become increasingly difficult as you progress through the game.

Although pared down from its PC heritage, EQ:HC includes a number of features not generally seen in a mobile game. For example, there is a matching function that serves to alert you about the challenges you can undertake. Pay attention to the Dungeon Ratings before entering a cave. When my character was level one, Grimfang Den was rated as "Insane," and venturing in proved rather quickly fatal. After advancing to level two, the dungeon's difficulty was reduced to a rating of a mere "Heroic." The same mechanism is in place for individual monster encounters, so you can know what kind of trouble you are about to get into.

EverQuest: Hero's Call offers hours and hours of gameplay due to its series of long, involving quests. Unlike most mobile games, it can't possibly be beaten in a single sitting. The graphics for the release version are significantly improved over the demo version we first tested, and the addition of a fairly intricate plot adds to the game's atmosphere. EverQuest for mobile lacks the multiplayer experience of the PC version but not the depth. Hero's Call will give mobile players a lot to be happy about. 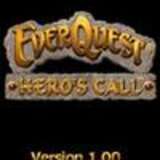 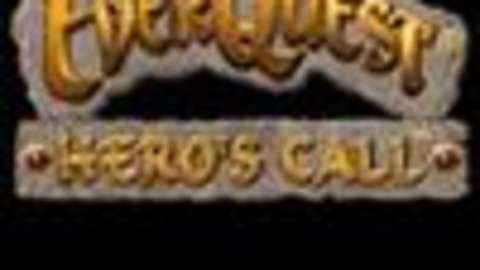 Hero's Call lacks the multiplayer experience of the PC version but not the depth. It will give mobile players a lot to be happy about.