The game's originality is offset by a sometimes lackluster presentation and the occasionally repetitive nature of its gameplay.

Everblue 2 is the latest in a long line of strange and wacky simulations to come out of Japan. Considering we've seen games lately based on racing horses and simulating the life of a mosquito, Everblue 2's rather un-video-game-like focus of scuba diving shouldn't be all that surprising. The game is certainly unique in its concept and execution, and it will probably appeal to a limited audience that's looking for something a little outside the norm. Unfortunately, it doesn't have enough depth or variety to hook the mainstream gaming populace, and that ultimately makes Everblue 2 simply another quirky niche title.

You're cast in the role of Leonardo (Leo, for short), a diver whose ship flounders somewhere in the Caribbean. Leo and his partner wash up on Valencia Island, and immediately he meets a girl named Ellis. She introduces him to the island and its diving-oriented culture, and soon Leo is inducted into a diving group called the Amigos. Ellis prompts Leo to talk to people all over the island to see if he can help them with anything, and not surprisingly, most of them have some sort of diving-related favor that needs to be taken care of. Town navigation is presented in a decidedly sparse manner--each area of town is represented by a bland, static background, and you move a cursor around the screen to click on people or shops you want to talk to or enter. All your interactions with the people and places on the island basically serve as a front end that leads to the real meat of the game: diving under the waves for fun and profit.

The diving itself in Everblue 2 is actually pretty fun. It's rendered much more impressively than the game's boring towns--at least here you get real 3D graphics. When you're out in the ocean, you don't have full control over your movement; you're bound to the sea floor, so you can only look up and down and move forward, backward, left, and right. When you enter a sunken ship, however, you have the freedom to swim around everywhere inside it. You start out the game with a metal detector, and you can add elements to the device later that let you detect other substances, like glass. Basically, you swim around, admiring the scenery, scavenging for items to salvage, and taking pictures of fish. You can sell items you find to make more money, which in turn lets you buy better equipment for longer dives and greater item-carrying capacity, which of course lets you collect more items, and--well, you get the picture. As mentioned, you'll also undertake specific tasks for the island's inhabitants, which gives the diving a bit more variety. It can get pretty tiresome constantly scouring the ocean floor for the next necessary item, however.

Strangely enough, Everblue 2 is probably most aptly described as an RPG. The game features an RPG-style menu, item inventory, and life gauge, and you even gain experience levels as you progress. The item shops in the game, where you can buy better diving gear, obtain medicine to keep up your strength, and appraise and sell salvaged items, are set up exactly like the shops you've seen in so many RPGs. This combination of RPG elements and real-time diving action makes Everblue 2 a strange animal, but one that some gamers may find interesting. The diving graphics are pretty good, especially inside structures like sunken ships (which feature nice real-time lighting), but the incredibly bland town scenes really drag down the overall visual impression the game makes. Sound is nearly nonexistent in the game--there's a bit of goofy island music while you're in town, but underwater you'll hear little more than the bubbling of your regulator and the ping of your sonar. The game is definitely geared toward gamers who value original gameplay over flashy presentation.

Everblue 2 is one of those nearly inexplicable games that you wouldn't expect to see released in North America. Though it's definitely quirky, Everblue 2 actually manages to be fun as well. Its originality, however, is offset by a sometimes lackluster presentation and the occasionally repetitive nature of its gameplay. Unless you really enjoy off-the-wall games, your best bet is to make this one a rental first. 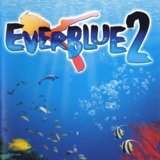 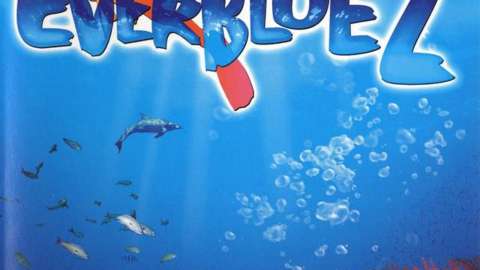 The game's originality is offset by a sometimes lackluster presentation and the occasionally repetitive nature of its gameplay.